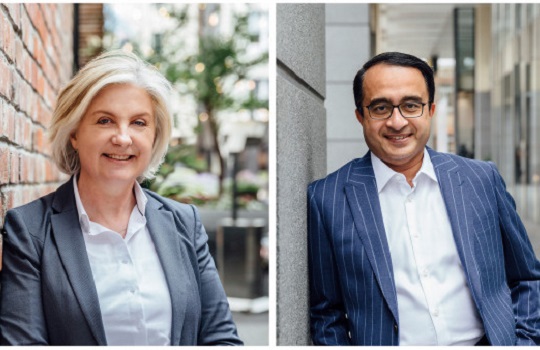 November saw a number of key appointments and departures across Australia’s financial services sector, with noteworthy additions to Cbus, IAG, and P&N.

– P&N Group has appointed Warren Willis to the position of Chief Information Officer (CIO), and Christine MacKenzie to the position of Chief People Officer (CPO). Willis assumes his role on 7 December 2020, while MacKenzie begins on 4 January 2021. According to P&N Chief Executive, Andrew Hadley, the appointments will be key to the mutual banking group’s transformative five-year strategy.

– IAG has formally appointed Michelle McPherson to the position of Chief Financial Officer. McPherson has served in an interim capacity since April.

– Suncorp has made several key appointments, including:

All four appointments will report to Chief Operating Officer Paul Smeaton, who joined Suncorp in July.

– Suncorp’s Executive General Manager Digital Distribution, Katherine Carmody, has taken out the 2020 Executive Leader of the Year at the Women in Digital Awards.

– Fidelity Life has appointed Melissa Cantell to the position of Chief Executive. Cantell joins Fidelity Life from IAG NZ, where she serves as Chief Operating Officer. She will assume her new role on 25 January 2021.

– Bankwest Chief Information Officer and EGM Technology and Transformation, Andy Weir is set to depart the organisation on 18 December. Weir has served in the role since 2010. He reportedly announced his decision to leave Bankwest on a LinkedIn post.

– The Insurance Council of Australia’s Head of Risk and Operations Karl Sullivan has announced his departure from the role. Sullivan joined the ICA in 2006 as GM Risk. He previously served in senior risk roles at Qantas and the Australian Defence Force.

– Australian and New Zealand Institute of Insurance and Finance (ANZIIF) has appointed Damien Mu to its Board. Mu currently serves as AIA Australia Chief Executive.

– Defence Bank has appointed Group Captain Jeffrey Howard and Pam Rebecca its Board for three-year terms. Rebecca has previously served in senior digital, transformation and innovation roles, including at ANZ where she served 25 years.

– Police Bank announced former Deputy Commissioner Nick Kaldas, has been elected as Director, joining the Board on 26 November. Directors Robert Redfern and David Hudson will also return for another term, while Deputy Chair Raff Del Vecchio will step down after 12 years on the Board.