Openpay has announced its group chief executive of three years, Michael Eidel, will depart from the organisation, with the customised buy now, pay later (BNPL) specialist revealing it will prioritise its US expansion over its UK interests.

Formerly serving as the Commonwealth Bank’s executive general manager of cash-flow and transaction services, as well as director on the Australian Payments Council and New Payments Platform, roles he held concurrently, Eidel was appointed Openpay’s chief in March 2019.

Eidel oversaw the BNPL provider’s listing on the ASX in 2019, the launch of its US arm, Opy, and the establishment of its dedicated B2B Software-as-a-Service (SaaS) trade accounts platform, OpyPro, currently used by Woolworths Group and HP.

Ed Bunting, Openpay’s group chief operating officer (COO), will step in as interim Group CEO and will be tasked with overseeing the BNPL’s simplification and US expansion strategy.

“It is the right time for the company to write the next chapter of its success story,” Eidel said on his departure.

“The team can be proud of the great achievements over the last three years, and I wish them all the very best and great continued success.”

Non-executive director Kelly Bayer Rosmarin will also step down from the Openpay board, with the company set to appoint a US-based director to support its expansion ambitions in the country.

The company has also announced it will back away from its acquisition of UK-based financing company, Payment Assist, initially mooted in July 2021, signalling a concerted shift away from Europe and towards the US’s burgeoning BNPL market.

Openpay said it will instead enter into a “revenue-sharing” agreement with Payment Assist, introducing Openpay’s UK merchants to Payment Assist.

The company said it is also exploring opportunities with Payment Assist to leverage its installed merchant and customer base and technology platform in the UK market.

“These changes will likely result in capital being returned from the company’s existing UK receivables book as well as significant ongoing cost savings, that will be available for reinvestment in the US and Australian businesses,” Openpay said in its statement.

Openpay has been putting greater focus on expanding its US arm, known locally as Opy, appointing a dedicated US chief executive, Deloitte veteran Brian Shniderman, in December 2020.

In June 2021, the company also created a dedicated CEO for its Australian arm, appointing Dion Appel to the role, in an effort to better align its US and Australian businesses.

Opy, launched in October 2021, has secured a number of partnerships in the US, including a recent deal with credit card giant American Express, which enables US cardholders to pay in instalments for qualifying healthcare and automotive purchases.

The BNPL’s US arm has also announced it has secured “a confidential pilot” with a major US healthcare insurance provider (which Openpay notes has access to more than 50 million customers), “that has the potential to rapidly drive scale and value to the Opy business through the responsible funding of payment plans for patient healthcare procedures”.

“Our entry into the US has been led by a market-leading team of professionals drawn from the US payments industry, non-bank lenders, fintechs, and financial regulators, including US CEO Brian Shniderman,” the company said in its statement.

“Our product is not like the traditional pay-in-four offerings of other US BNPL providers and is designed to accommodate larger, longer-term plans with highly transparent and predictable payment terms for consumers.

“Opy has US regulatory permission and multi-State credit licensing through the Company’s partnership with Cross River.”

Commenting on the renewed strategic direction, non-executive chair Patrick Tuttle said: “This enhanced strategic focus in the US, in addition to bringing forward planned profitability in Australia and entering into a partnership agreement with Payment Assist in the UK market, will ensure the Group’s capital and resources are best focused on those opportunities which the Board believes can deliver the strongest financial returns and long- term commercial success”.

Openpay said its decision to focus the majority of Openpay’s ongoing investment in the US market has been further encouraged by the strong support of our key US partners including American Express, Worldpay from FIS, Goldman Sachs, Cross River, Experian, PatientNow, ezyVet, and Kyriba, among others. 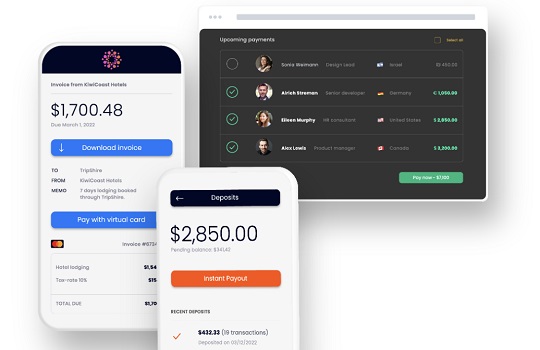