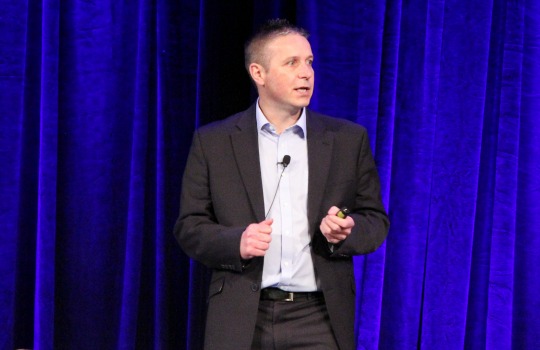 In a market increasingly dominated by the whims and wants of tech-savvy Millennials, insurers – scarcely known for being at the vanguard of technological innovation – are too-often outpaced by the fast-changing demands of this powerful customer cohort.

The claims process stands first and foremost in the firing line of Millennial consumers. As one of the few instances where policy holders have direct contact with insurers, lengthy claims processing times have remained a bane for time-pressed customers; even today, a single low-value claim can take upwards of one week to process.

Yet customers are not alone in their frustration over an unreformed claims process. Fraudulent claims have been a persistent plague for the insurance industry, accounting for one in 10 – or upwards of $2.2 billion in – claims each year, according to the Insurance Fraud Bureau of Australia.

One UK insurer believes smartphone technology may offer a solution. Endsleigh Insurance, a UK-based specialist insurer for students and young professionals, has teamed with remote connectivity provider, LogMeIn, to implement Rescue Lens, a real-time video support tool, accessed via users’ smartphones, to assist handlers and assessors during the claims process.

Speaking at FST Media’s Future of Insurance conference, Simon Powell, ‎Head of Claims at Endsleigh, explored the potential of the remote video technology to transform claims handling, demonstrating the practical benefits for reaped by Endsleigh. Most notably, since implementation, Endsleigh has reduced their claims handling process from four days to just a few minutes.

FST Media sat down with Powell to discuss the potential of remote video technologies to revolutionise claims handling for insurers.

FST Media: Unique among insurers, Endsleigh services primarily younger consumers. How do you believe the needs of younger generations’ differ from older customers?

Powell: Millennials are living in a slightly different world to what I grew up in; they’re more impatient and they’ve got greater expectations. They have all of these gadgets, and if something should happen to one of these gadgets they expect immediate resolution.

From an insurance company perspective, tools such as Rescue Lens can provide these customers with what they want, because they don’t want to wait four or five days for resolution. If you can fast track that claim for them, and it is assessed as genuine, then there’s some real value there.

FST Media: Is there benefit in embracing the technology that millennials also embrace?

Powell: They really buy into the technology, because that’s what they’re used to. All of the sudden, we’ll have an interactive conversation, they’re comfortable using it, but they can also see the value of it, because, for one, it’s speeding up their claim, and two, they’re going to be able to get their phone, iPod or laptop back promptly. Sometimes it’s a really important point in their lives – perhaps they’re waiting to do a final university paper; it’s really their ‘moment of truth’. Insurance companies have to step up to the mark, and Rescue Lens I believe helps that.

The ability to download photographs [at the scene] no doubt adds value, but real-time interaction with the customer is far more valuable. With a photograph, you might not necessarily know exactly where it’s come from or it might not even quite get the full story across.

FST Media: Could you see this technology being adopted by insurers with an older target demographic?

Powell: I’m 44. When LogMeIn came to show this technology, they said to me, “Give me your mobile” and within five seconds I had a text. I’m used to texting, I can quite easily click on a URL, so while [today’s presentation] was focused around students and Millennials that clearly have higher expectations and generally more technological nous, there’s absolutely no reason why older generations wouldn’t embrace it.

Powell: Make no doubt, there’s a mindset change within it. But if people can see the value of it, and if you say to customers “we’ve got this technology that’s really simple to use, and if you’re comfortable using it, we can do this and speed up the settlement of your claim,” or alternatively, the customer can email us documentation and expect a four or five day processing time. If the customer makes their own choice to do the latter, then they’re happy to wait. But you’ve also got the expectations across, so there’s some real benefit there.

FST Media: What was the initial reaction to the technology from your own staff? Was there a learning curve to overcome?

Powell: There was certainly a learning curve. We tend to recruit people that are through their A levels (UK secondary school leaving qualifications) or straight out of university in the UK, so that’s quite a catchment area for us. Those guys are almost in the same space as the customers: they’re Millennials and they’re living through this technology, so it’s quite an easy sell for them.

If you flip it on its head, we have a lot of people that have grown older with the company – people who’ve been there over 25 years; make no doubt, some of them don’t like change. You’ve got to work with different people in different ways. One method we’ve used is to place more resistant members next to those who’ve embraced the technology. Rather than forcing the cynical person to use the technology, they might see ‘little Johnny’ making 10 more [claims] than they can in a day, and they’ll come to their own conclusion to use it rather than forcing them to use it.

FST Media: You mentioned during your talk the forthcoming expansion of Rescue Lens into the motor claims space. What future do you envisage for the technology?

Powell:  I can see all sorts of value, not only around student possessions, but also motor, home as well as travel. The other part, from an insurance perspective – and I don’t think you could limit it to insurance – is in the pre-inception of policies. Ultimately, customers are taking out a policy to cover something, so if assessors can download a video with some screen grabs of what the policy holder has insured, then that covers them if they ever need to make a claim.

Even from a high net worth insurance side of things – we don’t need to worry about whether the claimant had an item, or what condition it was in; if it was live, date stamped, then you could say “fine, we know you’ve got an expensive painting”. There’s certainly some value there.

FST Media: Have there been any privacy implications following implementation of Rescue Lens?

Powell: As long as you’ve got the customer’s acceptance, which is on a recorded call, and you’ve explained to them that it is going to be a recorded interactive conversation, there has been no problem. If there’s anything that they don’t want you to take a video or snapshot of then, the customer gets that opportunity. Making sure that we’ve covered off those points, we’ve had no issues.

FST Media: Have you considered how the technology could be improved upon – perhaps adding some automation or analytics capabilities in-house?

Powell: It’s something we’ve discussed. Insurers are naturally behind the curve on some of these things, so working with an organisation like LogMeIn, a technology company, I consider this the future, because building things in-house is too slow. It’s a lot easier to connect up with a company that knows what they’re doing.

With Rescue Lens, you’ve got a mixture of video and screen grab capabilities, but looking to the future, I’d be going with a console that provides all kind of communication. For me, Rescue Lens works very well with voice, but once you’ve been through that part and you go down to the next layer, then the customer might want to interact with you using webchat or through email.

As we move into the future, I suspect we’re going to have some automation that sits behind it as well within next three to five years.