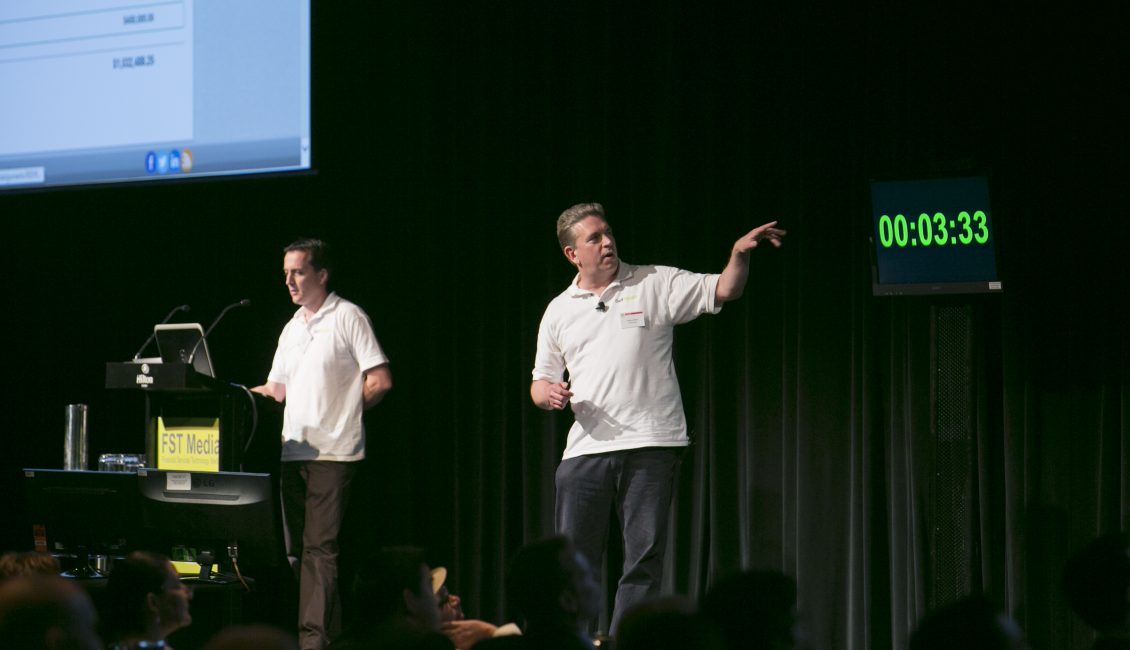 SelfWealth emerged as the winner of FST Media’s Start-up Showdown at the 9th annual Technology & Innovation – The Future of Banking & Financial Services. The exciting segment saw six tech-savvy entrepreneurs compete at Sydney’s largest banking and technology conference in front of senior decision makers from the financial services industry. The delegation voted via a live poll to determine the winner.

The Pitch: Ward has developed a social network for investors, which eliminates the need for expensive fund managers, financial planners and administration platforms and enables investors to be self-directed.

“SelfWealth was born out of significant frustration with underperformance and overpriced advice,” he told the delegation.

As an investor himself, and 20 years in the financial services industry, Ward said SelfWealth solves a gap in the market where a peer-to-peer based advisory community has not existed in the past.

SelfWealth provides a social platform and community to empower the investor. Using the platform, investors are able to follow each other, compare and share investing experiences and strategies with peers, professionals and the market, allowing members to make informed investment decisions based on the successful strategies of others.

“We have created a community of thousands of investors that outperform the market for a fraction of the cost,” said Ward. Through the company’s B2B deals, SelfWealth is also rapidly building the community.

Ward showcased the SelfWealth dashboard, which gives investors a full view of their shares, performance and returns at a glance. The platform offers a rich data source from the majority of brokers in Australia.

He pointed to the platform’s WealthCheck score as the feature creating a lot of interest in the industry, which enables investors to keep track of the portfolio’s ‘health’, create a target portfolio to test a strategy before implementing it, and access to research and investment tools.

He said WealthCheck was a first in bringing gamification into financial services. “There is only one reason as to why a game works… it is a sense of progress.”

What’s next: Ward announced the company aims to upload 20,000 portfolios by early next year, most of which will be self-managed super funds, and another 5,000 every month over the next two to three years.

Ward’s aspirations for SelfWealth are expansion into overseas markets such as the UK and US, and is looking for technology firms with significant distribution to partner and collaborate with, while remaining product agnostic.

Ward is also looking to float SelfWealth on the stock market within the next 12 to 18 months, and is currently raising pre IPO capital.