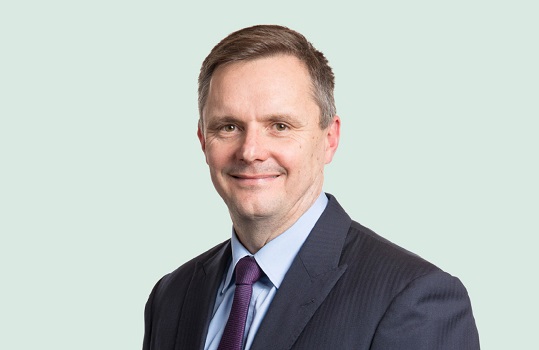 After a three-month stint as acting chief, Suncorp has announced Steve Johnston will officially take the reins as company’s next group chief executive.

Johnston, a 14-year veteran of the financial services giant, had previously as Suncorp’s Group Chief Financial Officer for six years. He was appointed interim chief executive following the departure of former chief Michael Cameron in May this year.

A widely respected figure within Suncorp, Johnston was the odds-on favourite candidate from within the company to take the top job.

The new chief said he will remain committed to “implementing regulatory change, driving operational excellence and scaling our digital and data capabilities” across Suncorp’s banking, wealth, and insurance businesses.

“As well as getting our customers back on their feet, I’m committed to ensuring that every Australian has access to affordable, relevant and valuable financial services products, while balancing the needs of customers, communities and shareholders,” Johnston said.

“Steve’s vision for our company leverages our strong digital foundations, embraces an innovation mindset, builds on our customer-centric culture and invests in the capability of our people. The Board is confident in his ability and drive to achieve results and deliver for both our customers and shareholders,” she said.

Former chief executive and managing director Michael Cameron announced his resignation from the business last May after four years with the company following a period lacklustre growth and disappointing shareholder returns. Suncorp’s full-year 2019 profit fell by 83.5 per cent following the divestment of its wealth and life insurance businesses last year.

Whilst stating at the time of Cameron’s resignation that it was “right time for change”, McLoughlin still credited Cameron with overseeing important changes to the company’s technology systems, praising the former chief for steering the business through a period of major regulatory change.

At the time of his resignation, Cameron said: “Suncorp now has the digital foundations in place to enable it to be nimble and to seize opportunities. I believe the business has great potential and will continue to enjoy success.”

Under Cameron’s tenure, Suncorp pursued an ambitious rollout of its $100 million Open Banking-ready Marketplace app – a company-wide project to integrate its multiple brands into a single, API-driven platform.

Bringing together Suncorp’s various banking and insurance products within the one app, the Marketplace app allows customers to add and manage multiple services within the ‘single pane of glass’ interface.

However, Suncorp’s current chief appears unconvinced by the strategy. The sudden departure of chief executive of customer marketplace, Pip Marlow, a champion of the project, from the company last August, and a failure to convince shareholders of the merits of the project, could prove a dead end for the Marketplace, with Johnston last month suggesting it may be “too ambitious” for the Suncorp’s current resources.