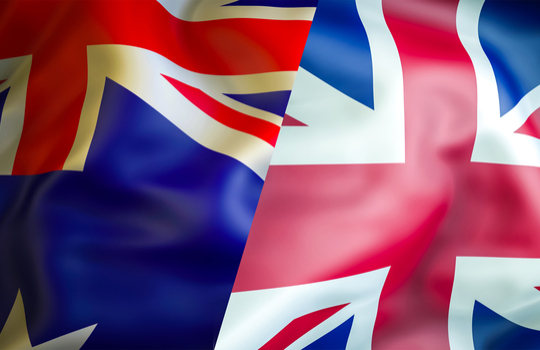 Launched by UK’s Department for International Trade (DIT) in partnership with Her Majesty’s Treasury (HMT), the pilot program aims to extend opportunities for British fintechs and lower barriers to international expansion.

Among the coterie of Aussie-bound fintechs include Fractal, SmartPension, TradingHub, TrueLayer, Recordsure, Thyngs, Pirkx, Disberse and Crowd2Fund. Within this cohort, some are set to compete with incumbent banks while others, offering complementary services, will instead partner with existing players.

Akin to those bound for Australia, another 10 companies have been selected to visit Hong Kong where they will similarly receive personalised support from the DIT, including mentoring and networking advice.

Australia and Hong Kong were considered ideal locations for the DIT due to their innovative financial landscapes – with almost 1,000 fintechs active across both regions – and established links to other key regional markets.

According to Secretary of State for International Trade and President of the Board of Trade, Dr Liam Fox, the 20 sector-leading companies represent London’s “spirit and innovation”.

“With the UK accounting for 11 per cent of the global fintech industry and employing over 75,000 people in the UK, DIT will continue to support fintech and build upon initiatives and policy frameworks, such as the Fintech Bridge Programs for reaching key markets and ensuring we remain at the forefront of the industry,” Fox said.

In March 2018, the UK-Australia Fintech Bridge was established to drive greater coordination between governments, cooperation between regulators, and connectivity between financial markets and ecosystems of the two countries.

However, the agreement has sparked local concerns that UK companies seeking to enter Australia would benefit disproportionately, given UK’s lead on fintech policy and its already-implemented Open Banking regime, according to a recent AFR report.