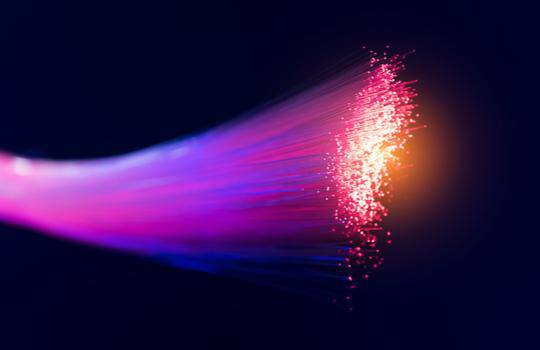 The Northern Territory will boost its fibre optic capacity 50 fold, with the NT Government announcing a joint partnership with Vocus to upgrade its existing internet infrastructure to 20 terabit per second (tbps) lines.

The $18 million upgrade, part of the NT’s ‘Terabit Territory’ project, will be funded jointly through the Territory’s Local Jobs Fund and Vocus, telecommunications company headquartered in Sydney. The NT Government will direct $7.9 million to the project to upgrade the network between Darwin to Katherine, Tennant Creek, and Alice Springs. Vocus will invest the remaining $10 million to upgrade the Adelaide and Queensland lines.

The NT Government has spruiked Terabit Territory as an ambitious infrastructure program to boost Darwin’s profile as a key intermediary between the commercial heartlands of Australia’s East Coast and South East Asia.

Northern Territory Chief Minister Michael Gunner said the latest fibre upgrade will prove “a game-changer” for the Territory, opening it up as “an investment destination for new industries, and a telecommunications gateway between Australia and Asia.”

Terabit Territory seeks to establish an international network of fibre connections from Darwin, “providing contemporary high speed, [and] low latency links through South East Asia”, including the cities of Kupang, Dili, and Singapore.

The first off the mark Singapore line will provide the Territory’s first direct data and telecommunications connection link beyond Australia.

Gunner touted Darwin’s enviable position on “South-East Asia’s doorstep” as the ideal destination for a direct fibre link to Asia.

“[We’ve] got the land for data centres, the energy to power them, and smart people to work in the industry,” he said.

The Terabit Territory capacity boost will be achieved by upgrading existing internet backbone links, originally laid by Vocus, connecting Darwin to Adelaide and Brisbane. Connection speeds will be increased 20-fold through the upgrade, from 10Gbps to 200Gbps. The terrestrial upgrade is due for completion by mid-2021.

The Government said the program will bring the NT “in line with telecommunications infrastructure Australia-wide”, ensuring it “will no longer be a laggard when it comes to digital technology”.

“This will be a game-changer for the Territory, positioning us as Asia’s tech gateway to Australia, attracting new industries like data centres, and encouraging global tech giants to set up shop in the NT.”

Group Managing Director and Chief Executive for Vocus Kevin Russell said: “this major upgrade to Vocus fibre infrastructure will deliver a new level of competition in the Territory and substantially increase capacity from Australia’s north-west to other capital cities.”

“This infrastructure will open up the market by providing more competitive pricing to major metropolitan areas – and position Darwin as a market for new technologies such as edge data centres and hyperscale cloud facilities. In addition, the connection to the Vocus-owned ASC will establish the only direct fibre route from Darwin to Asia and provide added redundancy for our network via a major new fibre loop in Australia’s west.”

The NT Government’s financial contribution is subject to Vocus completing the connection of NWCS to ASC, providing Darwin with a direct submarine cable connection to Singapore.