The Peer-to-Peer revolution: why are traditional banks lagging? 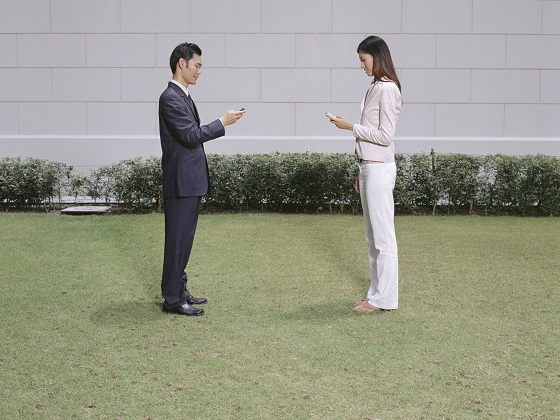 Stoyan said the nature of banking today revolves around a culture of “accepted profits”, arguing there has been no “real innovation” in how customers lend and invest.

“For hundreds of years, banks were essentially a community-based organisation. They were about taking capital from people who had capital and providing [money] to people who needed it. It was relatively frictionless,” he said.

CEO of Harmoney New Zealand, Neil Roberts, echoed these sentiments, arguing banks have struggled to differentiate themselves over the years as a result of prioritising investment in distribution and infrastructure over customer experience.

“Historically, a banking licence protected you from competition,” Roberts said.

“With technology getting better and cheaper, it has meant that banks – a home domain which was almost untouchable a few years ago – are actually being challenged. And, where there are very set [profit] margins, there will be a disruptor that will challenge those margins and create a better deal.”

What is P2P?
P2P lending is a process that matches borrowers and lenders online without negotiating through traditional financial intermediaries such as retail banks.

“It is using technology to get a better experience than a face-to-face interaction for busy people who work hard – they can really enjoy using it,” Roberts said.

For MoneyPlace CEO Stuart Stoyan, the significance of P2P lending as a way of disrupting banking rests with the notion that it creates a better overall experience for banking customers by focusing on risk-based pricing; allowing for an enhanced connectivity between borrowers and investors.

“P2P Lending is effortless. It enables someone to borrow money within minutes,” Stoyan said.

Data analytics and a new way forward for risk assessment
Australian P2P lender MoneyPlace will utilise alternative data sources such as academic grades and social media screening to provide a better indication of who a customer is and a greater insight into their ability to repay a loan.

“We believe Australians are very frustrated with the way lending works today. We want to be able to introduce non-traditional credit scoring data that we can then use to make a decision on how much a loan should be for [an individual],” Stoyan said.

“The intelligence of our decisioning models can improve [a bank’s] ability to be able to [make] decisions. It enables a fairer pricing and fairer access for borrowers.”

Stoyan said his aim for MoneyPlace was to ensure there is transparency and clarity for Australian borrowers and investors by empowering everyday Australians through the mechanism of P2P lending.

“We recognise the stewardship role that we need to provide [and] what we want to do is raise the level of financial literacy among the broader Australian population,” he said.

“We want to give Australians a fairer go by raising awareness around predatory behaviour – whether it is around pricing or irresponsible lending”.

Opportunities for partnerships
Roberts acknowledged that banks in Australia and New Zealand had “slightly different attitudes to the rest of the world” and were more open to partnerships with P2P lending platforms.

“We have seen the banks in New Zealand and Australia starting to partner with brokers, banks who have great financial prices but that didn’t stop them from entering these partnerships, despite the fact they are already happily invested in their distribution,” Roberts said.

Stoyan said that while P2P lending platforms could be seen as a threat to banking, he does not believe that they will make banks redundant.

“P2P lending is not going to replace banks, it is an opportunity for agile, innovative companies to be able to partner with the bank and to be able to work [together] to provide mutual benefits,” Stoyan said.

Stoyan noted there was room for a greater collaboration between banks and P2P lenders, especially around the provision of products and customer referrals.

Long-term priorities
Stoyan said MoneyPlace is currently in the final stages of regulatory approval and expect to acquire their licence shortly, ahead of a projected launch in Q2 this year.

“We are working very closely with the regulator, ensuring that there are robust controls that are put in place so that the companies that participate in P2P lending are 100 per cent bona fide,” Stoyan said.

According to Roberts, over the next 12 months Harmoney will be presenting a “brand new opportunity” in traditional financial services markets and will look to expand on their collaboration with online partner, New Zealand auction site TradeMe.

“We want to come up with new thinking, new products, backed by what investors and borrowers are telling us what they want, and utilising our partnership to deliver it in a cost effective and beautiful way,” Roberts said.

Roberts said he expects P2P lending platforms like Harmoney and MoneyPlace to evolve and become as large as traditional banks in the next few years.

“The vision for Harmoney is transparency, excellence, [and] a team of absolutely passionate committed people, who first and foremost want to try to do the right thing with enormous opportunity,” he said.

“We want to be part of the financial services landscape in the future. There is a model here that really works in our benefit and it is in banking and finance.”