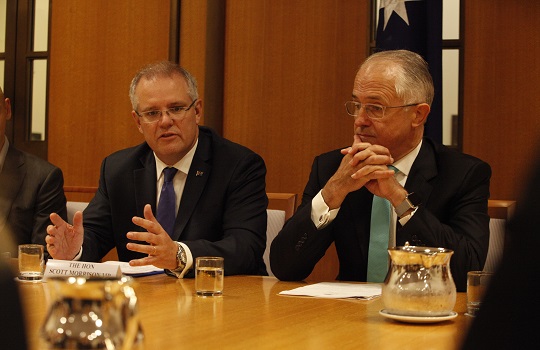 The Turnbull Government is launching a national fintech taskforce to help cement Australia’s credentials as “the leading market” for financial technology innovation in Asia Pacific.

The Turnbull Government is launching a national fintech taskforce to help cement Australia’s credentials as “the leading market” for financial technology innovation in Asia Pacific.

The news comes on the back of the Federal Government announcing its $1.1 billion Innovation and Science agenda in December last year, which the government claims has already witnessed early success in the form of “improving data accessibility and use” as well as making it easier for startups to access early stage capital through tax incentives.

The advisory group will comprise 12 members from venture capital firms, traditional banking incumbents and local fintech startups, and will be chaired by Craig Dunn, Westpac director and chairman of Stone and Chalk in Sydney.

Speaking at the first meeting of the Fintech Advisory Group at Parliament House in Canberra today, Australian Prime Minister, Malcolm Turnbull, said that the establishment of the expert panel enforced the government’s commitment to productivity growth as well as a “more effective” and competitive economy.

“Financial services [is] an enormous sector in which Australia has many competitive advantages, [including] a large superannuation fund base. We’re in the same time zone as the big markets of East Asia and we’ve already seen great examples of innovation in the sector,” Turnbull said.

“Innovation is the key to our future success … and that’s why we’re here to confer with you and get guidance from you and see how we can help.”

Opportunity ripe for the taking

In November last year, a policy submission paper tabled together by 32 fintech startup investors and incubators across the country called on the Federal Government to adopt a series of policy initiatives, with a national fintech association seen as critical for realising Australia’s ambitions of becoming a regional hub for innovation.

SelfWealth’s Managing Director, Andrew Ward, said the Federal Government had moved to create “a central nervous system of fintech” to help shore up Australia’s banking system and establish the nation’s fintech legitimacy on a regional level.

Reinventure’s Co-founder and Managing Director, Simon Cant, said that the advisory group was the culmination of months of collaborative work between the Treasury and local fintech community, with Australia now faced with the prospect of becoming a “world-class home” for fintech.

“It’s a huge risk if we don’t seize this opportunity [and] it represents the largest contributor to GDP as an industry,” Cant said.

“This advisory group is going to work closely with the fintech association, Fintech Australia, which has just formed and we’ll be trying to continue to drive a roadmap of how to ensure that Australia is globally competitive as a fintech regulatory environment.”

MoneyPlace CEO, Stuart Stoyan, said the formation of Fintech Australia as a national body to represent the local fintech industry was a “crucial step forward” for Australia’s innovation journey.

“In a relatively short time you have the country’s leading fintechs come together and agree a set of priority issues which we have presented to the Treasury,” Stoyan said.

“Fintech Australia is leading the way for how innovative companies can put aside commercial differences and work together to help Australia be great.”

Federal Treasurer Scott Morrison said that he will be holding talks over the next few days with a variety of G20 representatives to discuss the future of fintech innovation in Australia.

“We’ve got the smartest minds in the world in this area [and] we’re getting great support from state governments with the things we’re working on,” Morrison said.

“This is a competitive environment in fintech. We need to get on the front foot and be in the lead and we can because we have the best fintech operators in the world.”