We need a standardised online protocol for payments: Ripple 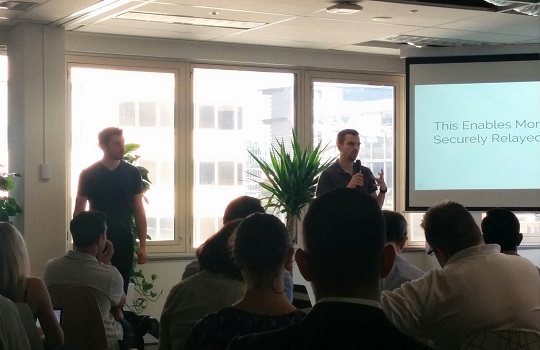 A global payment standard for the internet is needed together with modern payments infrastructure, according to Stefan Thomas, Chief Technology Officer for Ripple.

A global payment standard for the internet is needed together with modern payments infrastructure to allow money to move “as easily as information” moves today, according to Stefan Thomas, Chief Technology Officer for Ripple.

Speaking at a masterclass held at Stone and Chalk earlier this month, Thomas argued that payments today are “slow, uncertain and expensive” particularly when money was sent across borders – with every international transaction incurring a variety of hidden costs for both banks and their customers.

“When web protocols were first written … it wasn’t just about information, it was about value exchange. The world needs an Internet of Value with modern payments infrastructure,” Thomas said.

“We are aiming to give people the same experience with payments as they have with email. That’s what we’re ultimately trying to do.”

The comments come on the back of Ripple’s announcement of a new ‘Interledger’ payments protocol last month which sees the startup “transact privately”, process an “unlimited” number of transactions “instantly” and denominate fees in a bank’s local currency.

The Interledger protocol works by enabling secure transfers between ledgers and allows anyone with accounts on two ledgers to create a connection between them. Ledger-provided escrow removes the need to trust these connectors, and connections can be composed to enable payments between any ledgers, thereby creating a global graph of liquidity or Interledger.

According to Ripple’s website, the aim of Ripple’s software is to maintain “a shared, global ledger that is open to all”, thereby allowing individual participants to trust the integrity of the ledger without having to trust any single institution to manage it.

Thomas described Australia as “one of the hotter areas” for Ripple’s expansion as it moves towards reimagining real-time payments.

“Australia is at the forefront of technological disruption … Our product is the currency, we want everyone to be able to use it,” Thomas said.

“We don’t think money is a scarce resource.”

However, Ripple’s Senior Engineer Evan Schwartz said that there was still considerable work left to be done to see the widespread adoption of the Interledger protocol.

“We need to develop further use cases in other industries, not just financial services, as well as look at identity and KYC [Know Your Customer controls], regulatory frameworks [and] integrations with new and legacy systems,” he said.

“SusPay is the new feature that we’re adding to our Ripple Consensus Ledger and we’ll be making an announcement soon.”