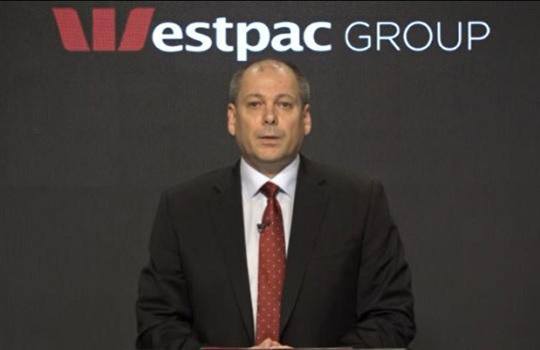 Despite – or perhaps owing to – Covid-19 shutdowns, Australia’s oldest bank has posted a notable 12 per cent jump in its technology investments over the past year, with Westpac reporting a $138 million increase in tech expenses during its half-year company update.

Within the six months to March 2020 alone, tech expenses have increased $97 million, an 8 per cent jump compared to the second half of 2019 – a figure that also excludes $12 million in capitalised software write-downs and amortisation associated with the bank’s recent Customer Service Hub and New Payments Platform launches.

Westpac has no doubt ploughed significant resources into upgrading its compliance systems, making good on its promise to overhaul its legacy platforms after AUSTRAC’s widely publicised investigations revealed systemic failures within the bank’s automated anti-money laundering and counter-terrorism financing (AML/CTF) reporting systems. Though judgement awaits, Westpac has set aside more than $1 billion to cover the costs of an expected civil penalty.

Laudable efforts to uplift the bank’s tech backend were however soured by news that it has faced one of its most “disappointing” financial results on record, posting a 62 per cent decline in statutory net profits over the half-year period, alongside a cash earnings drop of 70 per cent to $993 million. The poor result has also forced Westpac to cancel its June 2020 dividend payout.

“We’ve never presented a result like this, with the challenges of low interest rates, Covid-19 and Westpac’s own compliance issues,” said Westpac chief Peter King in his presentation to shareholders.

“From a financial perspective, it was a disappointing result, particularly reflecting the $1.3 billion in notable items, mostly related to AUSTRAC, as well as a $2.2 billion impairment charge.”

Nevertheless, while Covid-19 shutdowns have doubtless stunted the big four’s growth prospects, Westpac has delivered some enviable tech and digitisation milestones over this period.

The rollout of the bank’s Customer Service Hub, a coveted single-customer-view platform, has been a major coup for the banking group, effectively consolidating more than 20 systems spanning not only Westpac’s core brand but also its subsidiaries St. George, Bank of Melbourne and BankSA.

The Hub, Westpac expects, “will provide a major improvement in functionality and productivity and create a better experience for both customers and bankers.”

Already the system is live for processing mortgages, with home finance managers able to access the service as of late last year. The bank said it would work through the first half of 2020 to further enable regional brands and broker home loan applications to be originated through the Hub, hoping to offer this service sometime this year.

Notably, with some fateful timing, the bank said it had also successfully upgraded its employee systems to cloud-ready platforms, including Windows 10 and Office 365, which has doubtless eased the mass shift to remote working during the Covid-19 shutdowns. Around 22,000 Westpac employees are now working from home, the report revealed.

“This has significantly improved the Group’s work-from-home capability and has been highly effective in supporting employees working from home during the Covid-19 restrictions.”

Though the last of the big four to implement the payments service, the addition of Australia’s first eftpos-equipped Apple Pay function across Westpac’s brands was also noted in the report. So far, more than 150,000 customers have enrolled in the service with more than 3 million purchases completed.

Still in thick of its legacy replacement push, software amortisation ($468 million) and tech depreciation ($125 million) costs unsurprisingly accounted for the vast bulk of Westpac’s IT expenses – representing an increase of 40 per cent and 84 per cent respectively since March last year.

Most notably, and perhaps owing to the bank’s progressive deployment of data-hungry platforms including the Customer Service Hub and its Unsecured Lending Platform, data processing costs have leapt by 16 per cent to $44 million – a significant bump on the $38 million recorded in March 2019.

‘Technology services’ costs – for example, the use of contractors and outsourced IT services – have however dropped by 14 per cent since September 2019, from $405 million to $348 million; likewise, year-on-year software costs increased by just 4 per cent to $193 million – both impressive efforts revealing some success in the bank’s push to realign its vendor relationships.

Telecommunications expenses, despite the increasing reliance on remote working systems during Covid-19 shutdowns, have dropped 9 per cent since Match 2019 – from $109 million to $99 million.

With Australia for the first time in its history facing the very real prospect of negative interest rates, Westpac has admitted, rather frankly, that its systems remain ill-prepared for this unprecedented operating environment – a situation it said may cause significant disruption across the organisation.

“If [negative interest rates were] to occur in the future, the technology systems used by the group, its counterparties and/or financial infrastructure providers may fail to operate correctly and this may cause loss or damage to the group and/or its counterparties,” the report said.

“Operational risks can impact our reputation and result in financial losses which would adversely affect our financial performance or financial condition.”