Why banks need to change their “antiquated” ways 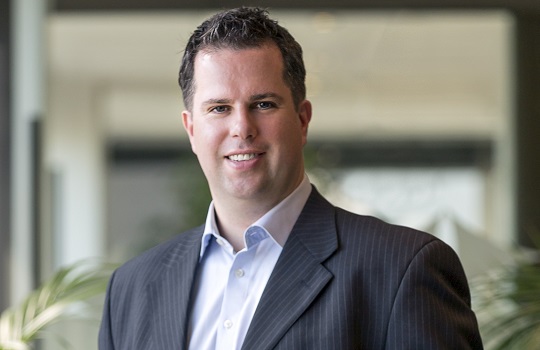 In the lead-up to FST Media’s 9th annual Technology & Innovation – the Future of Banking & Financial Services conference in Melbourne this Wednesday, we spoke with Stuart Stoyan, CEO of MoneyPlace, to hear his thoughts on the future of retail banking and how peer-to-peer (P2P) lending will transform the industry.

The landscape of retail banking today is “antiquated” because of its failure to keep pace with evolving customer behaviours, according to Stuart Stoyan, CEO of P2P platform MoneyPlace.

Stoyan launched a shot across the bow of the payments space, arguing that the traditional exchange of capital between borrowers and investors is a relationship that has remained untouched by innovation for many years.

“Banks are conservative and do not access the full range of data so they are unable to assess risk accurately. From a borrower’s perspective, there are limited options in risk-based pricing,” Stoyan said.

“Typically, a disruptive new entrant comes up with a better business model, responds to unmet customer needs and delivers a strong proposition for its customers,” Ritchie said.

“For example, look at the ways in which realestate.com.au has disrupted real estate advertising or how Airbnb is disrupting the hotel industry.  Ultimately, it is about having a compelling customer experience that makes all the difference – whether it is P2P lenders or any other digital disruptor.”

Unreliable and untested – the banking defence against P2P

In March, ANZ CEO Mike Smith posited that P2P lending was “a bull market phenomenon” and “untested” in a down cycle, alleging that P2P platforms like MoneyPlace would only be favourable for investors during periods of low interest rates. However, due to the agility of the P2P lending model itself, Stoyan affirmed it is better positioned to reconcile changing economic circumstances than incumbent banking systems.

MoneyPlace draws on alternative data sources such as academic grades and social media screening to assess borrowers in terms of credit scoring.

“We are innovating by using risk-based pricing and additional data sources to accurately assess the borrower’s risk. For investors, this means being able to fractionalise loans which allows for greater diversification and less volatile returns,” Stoyan said.

“That innovation is not being driven by the banks.”

According to Jean Lassignardie, Chief Sales and Marketing Officer at Capgemini Global Financial Services, decreasing customer loyalty towards banks means that alternative options are increasingly becoming an attractive prospect to borrowers and investors.

According to the 2015 World Retail Banking Report by Capgemini, the banking industry is at an inflection point with the threat of disintermediation seen as “real and imminent” as a result of changing customer preferences and the threats posed by non-bank competitors.

From a regional perspective, the report found that Asia Pacific has the highest number of customers who say they are likely to leave their primary bank in the next six months, with 15.1 per cent of participants surveyed saying they will look for alternative options – an increase of 12.3 per cent on 2014 results.

According to the report, traditional banks are finding it difficult to keep pace with the competition posed by non-traditional avenues for financial services such as P2P lenders. The report cites the greatest challenge for banks rests with the capacity of “non-bank specialists” to provide greater flexibility and price transparency than what banks can offer.

“Banks are underestimating the interaction level which customers are having with non-banks,” the report states.

“These non-bank providers for the most part bring a capability that many banks lack: an expertise in interacting and connecting with customers, particularly through digital touchpoints. As such, the non-banks are continually able to meet rising customer expectations, while also pushing those expectations higher.”

Stuart Stoyan relishes the challenge of making P2P lending relevant to the modern day banking customer. For Stoyan, the key driving force behind MoneyPlace rests with the notion that banking is essential, but banks are not. His P2P lending platform is focused on meeting customer demands by providing investors with confidence and delivering results in the form of stable returns.

“We have a challenge that banking is inherently boring and there is a lot of anti-bank sentiment. Our challenge is how do we raise awareness for the fact that there is a better and fairer way for borrowers to get loans,” he said.

Stuart Stoyan will be speaking at FST Media’s 9th annual Technology & Innovation – the Future of Banking & Financial Services conference in Melbourne, in addition to a distinguished panel of executives across financial services from June 3-4. For more insights and information about the event, register for your complimentary pass here.