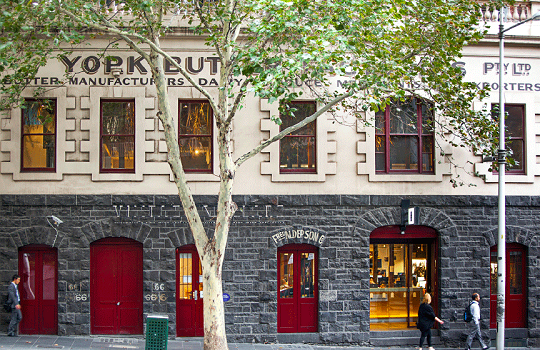 In addition to his role as chief executive, Blackman will also be appointed to the YBF board.

Blackman’s appointment as chief executive serves as a tangible step towards expanding the YBF’s presence beyond its Melbourne base, the company said.

YBF founder, Darcy Naunton said YBF has largely fulfilled its early mission of creating a start-up-friendly environment in Melbourne, and that now is the time to expand the company’s vision.

“Like the market, the YBF business has also matured, and Farley’s appointment marks a key milestone in our growth as we solidify ourselves as one of the key businesses shaping Australia’s technology landscape,” Naunton said.

“We are excited to have reached this important milestone. Stuart and Darcy have built a strong company positioned for global growth,” Smith said.

“We are excited that Farley has agreed to join as CEO and join the YBF Board. Under his leadership we expect to grow regionally and globally at pace. I look forward to working with Farley, Stuart and Darcy as we set our sights on exponential growth.”

Blackman said he is “thrilled” to join his new colleagues at YBF and is keen to promote a more globalised focus for the incubator.

“As we move forward, we will balance and underpin our planned growth and globalisation with a focus on a consistent and excellent customer experience, the onboarding of top talent and the evolution of our innovative eco-system that enables the effective working of companies of various shapes and sizes.”

Following Blackman’s appointment, Richardson will take on the role of YBF’s chief investor, and Naunton will assume company’s portfolio of interests. Both founders will remain executive directors and retain their place on the YBF board.