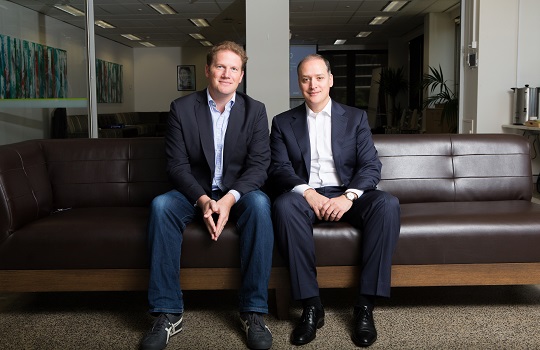 A Shanghai-based online property insurance company has been announced as the leading established fintech company across the globe, according to a new report published by fintech accelerator H2 Ventures and KPMG.

Chinese online property insurance company, ZhongAn, has taken out the title as the leading established fintech company across the globe, according to a new report published by fintech accelerator H2 Ventures and KPMG.

Co-founded by Alibaba’s Jack Ma, Tencent Holdings’ Pony Ma, and Ping An Insurance’s Ma Mingzhe, ZhongAn became the first company in China to be issued an online insurance licence in 2013 and subsequently raised $931.3 million USD in its first round of fundraising, as well as being valued at $10 billion USD valuation in the past year.

KPMG’s Head of Banking for KPMG Australia and Global Co-lead of KPMG’s fintech practice, Ian Pollari, said that ZhongAn’s co-founders had the expertise, “significant influence” and industry nous to capitalise on a “first-mover advantage” in China. He said the blueprint for their success rested in the founders “astutely” recognising an opportunity to succeed in an industry that was traditionally “lagging” in its adoption of digital.

“Insurance has been a bit of a laggard at a digital level. Historically, [it] has not had a high level of engagement from a consumer standpoint and there’s been a level of perceived complexity with insurance [in the industry] which has held things back,” Pollari said.

“I think now as [we] start to see really interesting technologies emerge, then we will see these new fintech companies growing as a byproduct of that.”

Pollari said that the “rapid emergence of insurance fintech” in this year’s report came on the back of an unprecedented, “significant level of investment” in insurance.

“This is just a recognition that big financial institutions are increasingly [acknowledging] that a part of their strategic response to the changes that are occurring [in financial services] is for them to be sourcing innovation and capability from fintech companies,” he said.

Asia Pacific fintech on the rise

The Fintech100 Leading Global Fintech Innovators Report 2015 list examines the top 50 established innovators and 50 of the “most intriguing” emerging stars in fintech worldwide.

This year, the report identified the payments sector as being “most at risk” of digital disruption, complementing research by KPMG last month which found that incumbents could lose up to $27 billion in banking industry revenue due to the threat posed by “emboldened” disruptors.

According to the Fintech100 report, a key trend has seen to the rise of Chinese fintech with seven Chinese companies in the Fintech100, compared to one (WeCash) in last year’s report. In addition, 22 of the 100 companies were from Asia Pacific and seven out of the nine Australian fintech firms in the list were based in Sydney.

NSW Minister for Industry, Resources and Energy, Anthony Roberts, said this outcome illustrated the strength of the NSW business environment for fintech companies.

“This report confirms that Sydney is not only the biggest fintech hub in Australia but also Asia,” Roberts said.

“What’s more, Sydney has more fintech companies on the list than any other Asian city.”