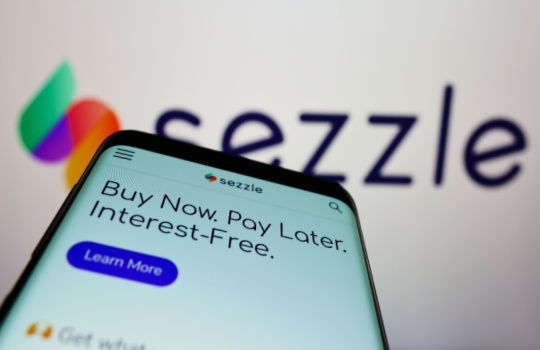 “We believe that mutually terminating the merger agreement with Sezzle at this time is in the best interests of Zip and its shareholders, and will allow Zip to focus on its strategy and core business in the current environment,” Zip chair Diane Smith-Gander announced in a statement to the Australian Securities Exchange (ASX).

Despite the merger’s collapse, Zip stressed that its underlying business remains strong, with “consistent customer and transaction volume growth across core markets, and a solid pipeline of enterprise merchants joining the platform”.

Zip added that the US “remains a core market and area of focus, and a significant opportunity for the business”.

“Zip is well capitalised to execute on its strategy and in line with previous guidance.”

Following the announcement of the planned merger’s collapse, Sezzle’s ASX share price dropped 35 per cent, falling to $0.26 by close of trade today. Zip, meanwhile, received a slight bump, adding $0.03 in the day to close at $0.53.

Zip stressed that it still expects to hit group profitability, as planned, within the 2024 financial year.

One of Australia’s biggest buy now, pay later outfits, Zip unveiled its plan in February this year to acquire the US-based Sezzle. The pair had hoped the newly merged entity would help scale and grow the wider business globally whilst consolidating Zip’s long-term expansion ambitions in the US after its acquisition of Quadpay in late 2020.

“Combining with Sezzle positions us as a leading global BNPL provider and prioritises our ability to win in the important US market,” Zip co-founder and global chief executive Larry Diamond said at the time of the merger announcement.

“It advances both companies’ strategic objectives to be a global and US leader in the BNPL industry and to drive a high growth ecosystem that brings merchants and customers together,” the companies announced.

Combined, the merged entity would have had a customer base of 13.3 million worldwide, with 8.8 in the US alone (with 3.4 million active customers brought over from Sezzle) and a network of more than 60,000 merchants in North America.

However, both Zip’s and Sezzle’s fortunes – along with the rest of the BNPL sector – have declined markedly over the last year, with the latter reporting a two-and-half-fold jump, year-on-year, in ‘bad debts’, from US$19.6 million in December 2020 to US$52.6 million by end of 2021 (representing the majority of the company’s reported losses of US$75.1 million). For the March quarter alone, Sezzle reported a loss of just over $US26 million, with operating revenue a little over US$24 million (AU$33 million).

The BNPL sector has been in a difficult patch of late, facing trying economic circumstances, with skyrocketing inflation and ballooning bad debts, with many customers struggling to pay back their loans. Customer attrition is also creating an existential crisis for local BNPLs, with the sector facing mounting pressure from Australia’s big four banks who are muscling in with their own consumer pay-in-four offerings (including CBA’s StepPay and NAB’s Now Pay Later).

Overall, after significant growth at the start of the Covid pandemic in 2020, Australia’s BNPL sector lost a staggering $1.05 billion last year.

Zip is expected to pay out $11 million in compensation to Sezzle to cover legal, account and “other costs” associated with the failed takeover bid.