A digital education passport to where? NSW explores its merits 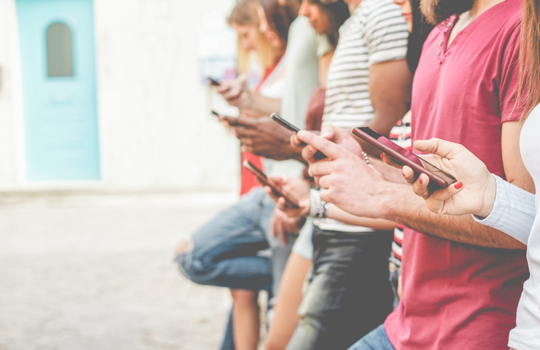 While Covid-19 vaccine passports are re-opening the world to Australians, a quite different type of passport – to record school-based and extracurricular learning – could open doors to the future of work.

Questions are circulating around the NSW Government’s pilot for a digital learner profile – widely hailed as a type of as a digital ‘passport’ for education – currently being designed for school-age students and recent school leavers.

The passport, expected to be accessible via the Service NSW mobile app, will enable students across the state to create a “holistic overview of their time at school” rather than, as a NSW Education spokesperson notes, merely reducing their experience “to exam results”.

Students will be able to share their profiles with would-be employers or when applying for post-secondary education and training. Alongside the Department of Education, the state’s Customer Service department is also working on the project.

The passport, the NSW Government has hastened to confirm, is entirely separate from the Federal Government’s Unique Student Identifier (USI) scheme, which gives vocational education and training (VET) and university students a single education identifier number for life; by 2023, every Australian student will be required to have a USI to graduate with a degree, qualification, or certificate.

How it would work

The NSW Education spokesperson says the digital profile would enable school students to “curate and share” a verified record of their capabilities and achievements across their school life.

This could include formal qualifications, such as HSC results or the ATAR, VET (Vocational Education and Training) competencies, extra-curricular and sporting achievements, work experience, volunteering, caring responsibilities, and hobbies.

“The learner profile will make finding and sharing important records and information easy and give potential employers and education providers verified and accurate information on a student’s qualifications and achievements,” the spokesperson said.

The education department is currently at the design stage of the profile. It is canvassing school students’ opinions about the digital tool before consulting with school leaders, employers, businesses, and post-secondary education providers.

Security of data on the platform is one concern Neil Selwyn, a Distinguished Research Professor at Monash University’s Faculty of Education, feels has yet to be fully resolved. Selwyn, a sociologist by training, has a particular interest in understanding how people intersect with technology.

“We’ve had data breaches in Australian education fairly regularly and they are concerning, so why introduce the risk?”

For Selwyn, however, hacking is among “the least of [his] worries” – notwithstanding the very real concerns around these digital profiles holding minors’ data.

His bigger worry is a more fundamental question around purpose.

“What’s the problem here? Often you find tech solutions in search of a problem. A mantra in education is to only use technology when it does something that otherwise can’t be done.”

Selwyn sees benefits firmly weighted towards the private sector, employers, or governments rather than the young people the passport claims to support.

“If you asked schools or young people to develop this, I’m not sure this is what they would come up with.

“Using data to construct profiles happens in lots of aspects of students’ lives. The profile reduces young people to a set of data points.” This he, fears, could “exacerbate inequalities by forcing people to look at the app rather than people as a whole”.

“What gets marginalised, rarefied, or lost?” in this process, he asks.

Selwyn says the concept of a digital learning profile is “clearly not new”; proposals to create an education and training record to support students, post-schooling, to support career advancement have been attempted before. Having attended school in the UK in the 1980s, he had a ‘national record of achievement’ – a red-leather bound folder with all of his work and achievements listed.

“It died a death,” he says. “It stigmatised students who obviously weren’t going to do their A-levels or go to university.

“It marked them out.”

That is why he believes the learning profile is more than likely to go unused.

“It’s clearly aimed at the kids not going onto uni, so not the high-flyers. It will be used for precarious jobs and seen as more of a second-rate thing.

“I’m not particularly excited about it,” he says. “Why not just spend more money on teachers?”

The NSW Education spokesperson stopped short on confirming whether the digital learning profile would be made compulsory; however, a tranche of official content from the Dept Ed implies that it will be made so.

There is no word yet as to who will verify the record (perhaps another thing to add to teachers’ ballooning task lists?). The NSW Teachers’ Federation did not respond to FST Media’s request for comment.

It is also too early to say whether students would be able to ‘edit’ their profile, ensuring would-be employers could only see parts of a former student’s record. Concerns remain, for instance, that a low HSC English mark could dog a student throughout their career regardless of whether they subsequently obtained university degrees.

Meanwhile, Robert Randall, an education consultant who has headed the Australian Curriculum and Assessment Reporting Authority, warmly welcomes the idea of a digital learner profile. He argues that the profile will do tangibly more than the USI, which he claims “does nothing” except track a student’s learning.

“A digital learning profile is fantastic. It allows young people to bring to bear some of the learning they’ve gained beyond 9[am] to 3[pm], such as coaching junior sports teams or through other interests.”

However, he foresees problems if the verification of student record data, and the standards for doing so, are not addressed early.

“If you leave that broadly to the market or the users, there will likely be a range of approaches, and one might rise to the top. So, there’s value in lower case ‘s’ standardisation to maximise currency of the profile,” Randall says.

He suggests that the ‘assessor’ who adds the verification to the record could link students’ learning to general capabilities in the Australian Curriculum. These include literacy, numeracy, ICT, critical and creative thinking, personal and social capability, ethical, and intercultural understandings.

Kernel of a world-class idea

The kernel of the learning profile idea came from Professor Peter Shergold AC, who as chair of Education Council issued a report in June last year which flagged prospects around such a passport scheme. Looking to the Future: Report of the Review of Senior Secondary Pathways into Work, Further Education and Training recommended the creation of a learner profile as a record of students’ “working lives, education and learnings”.

The report also refers to it as a “digital education passport for lifelong learning”. It cited an Association of American Colleges and Universities survey which found four in five employers agreed that an electronic portfolio would be “useful” for them to cross-check whether a job applicant was knowledgeable and appropriately skilled to work in their organisation.

However, with limited “appetite to agree on things nationally”, Randall concedes the idea of a digital learning profile might not take off beyond NSW.

This limited reach could challenge the education department’s claims to this being a “world-class” scheme with cross-national applicability.

Dr Peter Thomas, a Director at elite private Melbourne-headquartered K-12 school Haileybury, questions whether the NSW project is indeed “big enough” – not only to fulfil the Government’s ambitions but also to retain its relevance beyond the state.

“The European Union has been looking at this issue for a while and their vision is for a Europe-wide or even global way to record credentials.

“The pandemic has temporarily made the world smaller for movement, but bigger for many opportunities where students have key skills like operating in a global digital environment or continually adapting to new ways of working with automation.”

One may ask, how might would-be employers or educational institutions outside NSW view these learning profiles without access to Service NSW’s mobile app?

Cybersecurity issues in the mix

Thomas, who is the Director of HaileyburyX, the school’s online learning platform and innovation space, notes that one of the primary advantages of limiting access to the passport through the Service NSW app is that, at least to some degree, it will reduce the risk of cyber intrusion.

“There are always concerns about data security. The more data points about you there are there, the more vulnerable we are. It’s a trade-off, and always a mistake to think anything is completely safe.”

The strength of the platform’s cyber resilience will depend largely on the quality of the platform build and resources at developers’ disposal, Thomas says.

“Education departments don’t have a great track record of building in-house. Cybersecurity skills are in short supply and there are always questions about third-party platforms.”

He does, however, give NSW’s learning passport the thumbs up for its potential to encourage a culture of learning, of upskilling, and then reskilling through life.

“Done well – in consultation with an inclusive stakeholder group of not just universities but vocational education providers, employers and community and civic groups – this could be transformative.

“However, done badly – as just a way of creating a snapshot, however detailed, of one point in time – it is likely to add little to students’ lives,” he says.

All up, Thomas says he believes the digital learning profile is “good” in the main, “but with caveats”.

The question remains whether the education department has the resource heft to tackle the growing list of concerns and ensure the merits of the passport can be realised by students through their post-schooling careers. Otherwise, it is simply academic. 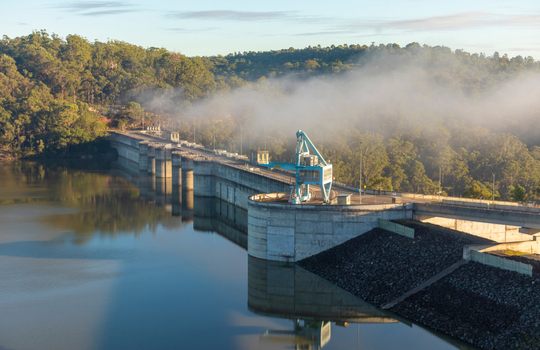