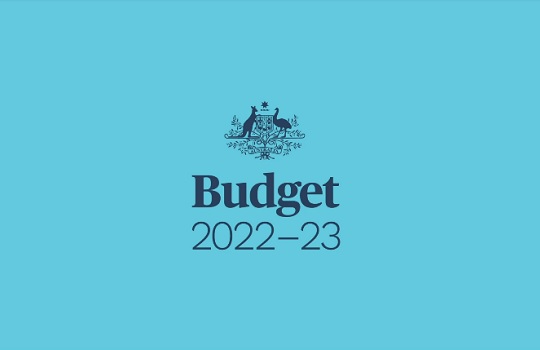 For all its intents and purposes (and hoopla from the commentariat), The Federal Government’s Budget 2022 has the feel (if not the look) of a stop-gap rather than a substantive four-year plan, with pundits hanging on for a more fleshed out post-election Budget 2022 V2.0.

In what is very consciously an ‘election year Budget’ – and one very much focused on immediate cost-of-living pressures and a slew of big infrastructure carrots targeted at weary regional voters – there are nevertheless a few sweeteners for the technology-minded.

Small businesses also get a post-pandemic leg-up for their digital transformation agendas, with tax breaks to help fast-track digitalisation and upskill workforces.

The Morrison Government will also inject $130 million over the next four years to advance its 2021 Digital Economy Strategy – with the goal of making Australia a ”top 10 digital economy and society by 2030″.

We take a look at some of the bigger ticket tech items on the spending agenda.

A healthy dash of REDSPICE – $9.9 billion

Spruiked by the Government as the “largest ever investment in Australia’s intelligence and cyber capabilities”, the $9.9 billion commitment over 10 years will see a doubling of the size of the country’s chief intelligence and cyber defence agency, the Australian Signals Directorate (ASD), with the Morrison Government promising to create 1,900 new jobs within the agency over the next decade.

REDSPICE is set to triple the ASD’s offensive cyber capabilities and double its cyber hunt and response activities, the Government said in its Budget statement, “preserving ASD’s capability edge and delivering strategic advantage for Australia over the coming decade and beyond.”

This, it added, will help Australia “keep pace with the rapid growth of cyber capabilities of potential adversaries, as well as being able to counter-attack and protect our most critical systems”.

“The unprecedented investment will equip ASD with the capabilities to defend Australia in the changing strategic environment. The enhanced capacity will help anticipate and deter a crisis and deliver asymmetric capabilities.”

Much of the $9.9 billion cash splash is not new money, however, with a substantial portion of the funding package offset from the Defence Department’s Integrated Investment Program. Effectively, the Government will provide only $588.7 million in new money over the first four years to fund the project.

A large part of the REDSPICE spending commitment is focused on training, partnerships and shoring up talent pipelines between government, industry partners with educational institutions, with a focus on building core skillsets in data science and analysis, artificial intelligence, cybersecurity and ICT engineering.

The Government has committed $1.3 billion over six years from 2021-22 to improve regional telecommunications, including efforts to resolve mobile coverage and congestion issues, as well as its response to the 2021 Regional Telecommunications Review.

Among the spending priorities are:

In a bid to fast-track small business’s digital transformations, the Government will enable SMEs (those with annual turnovers of less than $50 million) to write off an additional 20 per cent of the cost incurred on digital adoption, including, for instance, expenses for portable payment devices, cybersecurity systems or subscriptions to cloud-based services (up to a maximum spend of $100,000 per year).

An allied ‘skills and training’ booster will enable SMEs to also claim 20 per cent of the cost of external training and upskilling expenses for employees.

The Government is expecting its tax-time claims for digital upgrades to deliver a $1.0 billion hit to internal revenues, with its training booster adding another $550.0 million hole. It expects a modest $7.2 million and $7.0 million return, respectively, over the forward estimates period from these initiatives.

The Government will also permit businesses to report their Taxable Payments Reporting System data (via accounting software) on the same lodgement cycle as their activity statements – with, at this stage, an “unquantifiable impact on [Government] receipts”.

By 2024, businesses will also be able to choose to have their pay as you go (PAYG) instalments calculated based on current financial performance, extracted from business accounting software.

The Government has pledged $130.1 million over four years to continue the implementation of its Digital Economy Strategy.

As part of its “regionalisation package”, the Government will commit $18.6 million over three years to establish a pilot program for digital and data training and employment opportunities for Australians in the regions.

As part of its Deregulation Agenda, the Government has earmarked $17.5 million over three years to further digitalise NOPTA – Australia’s offshore oil and gas regulator and titles administrator.

The Office of the Australian Information Commissioner (OAIC) will receive close to $17.0 million over two years (with $8.71 million in 2022-23, and $8.24 million in 2023-24), to support its operations including its increased regulatory responsibility for social media and online platforms.

As part of the National Mental Health and Suicide Prevention Plan, the Government has pledged $11.3 million to maintain digital mental health services related to Covid-19.

The National Endometriosis Clinical and Scientific Trials (NECST) Network will receive $5.1 million over four years to boost its existing research capacity and ongoing management and data support of the NECST Registry.

The Women in STEM Ambassador and Future You national digital awareness-raising initiatives will receive a $4.7 million boost over four years, a substantial top-up on the $0.6 million committed in the 2021-22 Budget.

AUSTRADE will get $6.8 million over three years to establish a tourism employment platform, as well as increased data availability and analysis to improve planning for the tourism sector.

The Australian Institute of Health and Welfare will get $2.9 million over four years to migrate to cloud-based services and off-site data centres in an effort to improve the security of data holdings.

The National Sports Injury Database will receive $2.8 million over four years to continue development of the platform to streamline the collection and analysis of injury data.

As part of its Women’s Health Package, the Government has earmarked $1.4 million over three years to help roll out EndoZone, a new digital platform to help Australians access information on endometriosis.

The Australian Federal Police (AFP) and Department of Home Affairs will receive an undisclosed amount (taken from its $170.4 million over a four-year commitment for operations) to establish a new Intelligence System to improve data collection and analysis.

The Australian Taxation Office (ATO) has been allocated an as-yet-undisclosed sum to digitalise its trust and beneficiary income reporting and processing system, enabling trust tax return filers to lodge income tax returns electronically, with pre-filling and automating ATO assurance processes. The system is set to commence operations from July 2024.

The Government has committed $127.4 million over four years to DFAT’s Digital Services to Take Farmers to Market initiative (first announced in the 2020-21 Budget, and originally allocated $222.2 million over forward estimates), a 24/7 single touchpoint business hub for agricultural exporters.

An undisclosed portion of a five year, $52.5 million allocation (for the Digital Environmental Assessments Program) will go towards the rollout of the National Biodiversity Data Repository, expected to be deployed in mid-2022.