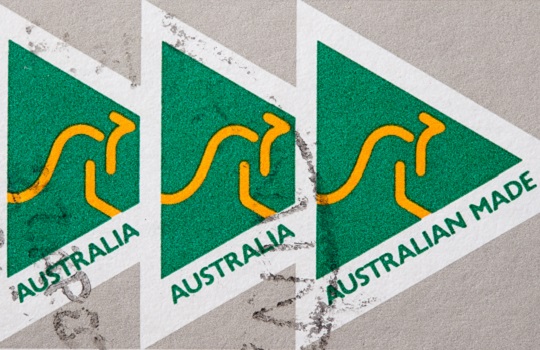 The Federal Government should establish a Made in Australia Office (MIAO) within the Department of Prime Minister & Cabinet (DPM&C), with Australia’s peak tech innovation body believing it would buttress Australia against the next global crisis.

The MIAO was one of six recommendations set out in a Domestic Capability: Framework Policy paper released by the Australian Information Industry Association (AIIA).

In it, the AIIA said the prospective Made in Australia Office would be responsible for identifying key information sector capabilities vital to supporting Australia’s critical industries (as noted in the nation’s Cyber Security Strategy 2020, including the banking, cloud and defence industries as well as core infrastructure) and determine how these needs can be met by domestic suppliers.

Placing the MIAO centrally within DPM&C would help the agency act as an “internal advocate to the whole of government”, modelling the uptake of secure digital services to the private sector, the AIIA said.

“The office will not mandate Australian owned but will recognise the strategic value in supporting and growing local sourcing and reinvestment within Australia,” AIIA’s paper read.

Elsewhere, the United States’ ‘Made in America’ Executive Order – one of US President Joe Biden’s first acts since taking office – similarly sets out preferential treatment for American technology suppliers in government procurement.

President Biden also created a ‘Made in America’ Office within the US’s Office of Management and Budget to ensure public agencies adhere to the policy; currently, US agencies looking to contract foreign technology suppliers must apply for a waiver through this office.

Apart from the MIAO, AIIA’s paper recommended that Retained Economic Benefits, which takes a leaf out of NSW Sovereign Procurement Taskforce’s playbook, be introduced as a key criterion for government procurement for deals exceeding $4 million.

AIIA chief executive Ron Gauci said the past year has shone a spotlight on the importance of Australia’s sovereign information capabilities.

“A concerted national effort is needed to audit our national information industry skills, review what can be achieved in Australia and to plan how the government can support the adoption and growth of these skills,” he said.

According to AIIA, the Australian government should also incorporate an ICT procurement reporting baseline for all ASX listed organisations.

Here, private companies and public agencies would be required to better understand their technology supply chains and report annually on them, thus strengthening resilience and avoiding exposure “in the next crisis”.

By the same token, AIIA recommended that one of MIAO’s first activities within DPM&C be to establish the “minimum viable level of domestic capability” required by Australia to respond independently to global disruption.

“In the course of this analysis, the MIAO would be required to identify risks and the appropriate controls to mitigate them, including bringing greater clarity to the perceived risks around ownership and control and how those should be addressed,” the paper wrote.

AIIA said that clearly defining the benefits of domestic capabilities could provide greater impetus for stakeholders to bring together various policies and programs around a unifying goal.

The paper further advocated for a Digital Restart Fund to be created, which prioritises assurance programs for domestic supply chains, akin to the US’ FedRAMP – a government-wide program setting out SaaS-level security authorisation for cloud service providers.