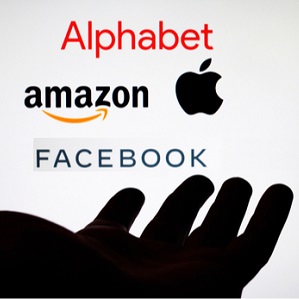 The Federal Government has announced the formation of a new Digital Platform Regulators Forum (DP-REG) to help consolidate and provide more cohesive oversight of social media, search giants and other online platform providers.

While the Forum will not in itself have direct decision-making powers, ACCC chair Rod Sims said its formation would help to “streamline” the regulation of digital platforms services used in Australia, increasing “cooperation and information sharing” between the country’s chief regulators for online service providers.

Foremost of the DP-REG’s goals is to reduce duplication of regulatory responsibilities, consistent with the Federal Government’s Deregulation Agenda to cut down on overlapping regulation.

“DP-REG is an initiative of Australian independent regulators to share information about, and collaborate on, cross-cutting issues and activities on the regulation of digital platforms,” the group said in a statement.

Falk added: “By sharing information and collaborating, we can better deliver regulatory activity that is smart, promoting innovation as well as preventing harms.

“The use of data, including personal and sensitive information, can be of great benefit to the economy and community but the right protections need to be in place.”

Online platforms refer to public-facing websites or applications that facilitate interactions between two or more users, including (but not limited to) social media services, online search engines and e-commerce sites.

Among the more notable of these platforms – which have all come under the eye of the regulators – include the Meta-owned Facebook and Instagram, as well Google, Apple and Amazon.

Sims notes that since the ACCC’s first examinations of digital platform services in 2017, the watchdog has “observed harms to competition, consumers, and business users in a range of areas dominated by large digital platforms”.

“Collaboration with other agencies who also have a role in regulating digital platforms is vital as we consider whether further regulatory reforms are needed to support competition and protect Australian consumers online,” Sims added.

The DP-REG will be led by a rotating chair, alternating every six months between the regulators. Meetings will occur once every two months.

The formation of the DP-REG follows the release last month of an ACCC-led discussion paper (and current consultation) to address concerns around the monopolisation of digital platform services and resultant harms to consumers and business users.