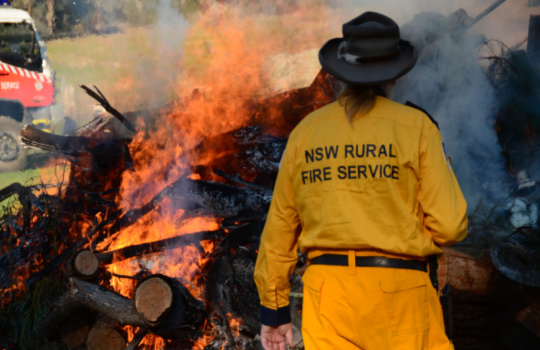 The new five-year contract extends an existing agreement between Fujitsu and the NSW RFS. The company currently manages the RFS’s computer-aided dispatch (CAD) system, implemented back in 2020, which assigns and deploys resources to both emergency and non-emergency incidents.

Under the new contract, Fujitsu will develop, install and maintain incident response mobile data terminals across more than 5,000 RFS vehicles.

Based on AWS-hosted software from Adashi Systems and Fujitsu’s specialised program, the mobile data terminals will provide vital data from satellites, topographic imagery and weather updates to support frontline firefighters.

The terminals will also connect firefighters to the existing Fujitsu-managed CAD system.

Fujitsu notes it has already commenced the building of the critical incident systems and will begin installation within RFS vehicles at the end of 2022.

According to the company, the new agreement will also advance on a number of the 76 recommendations made by the independent NSW Bushfire inquiry. The inquiry followed the 2019-2020 Black Summer bushfires, with the NSW Government, in response, earmarking $192 million in grants to improve emergency infrastructure to support firefighters.

NSW RFS commissioner, Rob Rogers, said that the RFS was working with the NSW Government and partners to improve its planning, preparation and response to bushfires.

“Our partnership with Fujitsu is one example of how we’re achieving this, and we believe digitising our operations will help us be more agile and enhance our firefighting capability,” Rogers said.