The Federal Labor Government has backed the Tech Council of Australia’s (TCA’s) recommended path to creating an additional 650,000 local tech jobs, noting it will work with the tech sector “towards [achieving] shared goals” and meet surging industry demand for talent.

He added that the Government would “create an environment for success by building our national training system, backing final year student and graduate entrepreneurs, and buying and making things in Australia”.

Husic said his “top priority” as industry and science minister would be to organise a roundtable with key stakeholders in the tech sector to collaborate and “work towards shared goals”.

Crucially, Husic said, the Government would act on the Tech Council’s five “calls for action”, including:

The Tech Council-authored report – which was born out of the Digital Employment Forum, launched in December last year and backed by the then Morrison Government, alongside industry and tertiary education partners – urged for “national action” to improve access to technology jobs.

Vacancy rates in tech sector jobs are 60 per cent higher than the national average, according to the report, and “forecast to grow at triple the rate”.

The report also revealed significant talent gaps, particularly for technical and experienced tech roles, with “severe shortages” in technical occupations such as software programmers and computer network professionals, as well as “big gaps” in commercial and creative roles such as product managers.

Husic noted Labor was, in March this year, the “first major political party to commit to the Tech Council’s 1.2 million jobs by 2030”, which at the time represented around 360,000 additional jobs.

With attrition and the tech talent crisis exacerbated by Covid border closers, this number has since blown out to 600,000.

“It’s a bigger goal, but you all know the goal changes, the target changes; you’ve just got to accommodate it, work with it. We will absolutely work to meet that,” Husic said.

Additionally, Husic said, the Government has also “committed to improving migration settings to support high productivity and wages in all sectors, including the tech sector”.

The report coincides with the Government’s introduction last week of legislation – the first by the Albanese Government – to create a new body “dedicated to understanding and addressing the nation’s skills crisis”.

The interim statutory body, to be known as ‘Jobs and Skills Australia’, will provide independent advice on current, emerging, and future workforce, skills, and training needs.

According to the Federal Government, the JSA will work closely with state and territory governments, as well as industry, employers, trade unions and training providers to ensure a shared understanding of the key issues facing Australia’s labour market.

In its report, the Tech Council, the peak body for Australia’s tech industry, called on the Federal Government to work in tandem with the tech industry to:

The TCA also urged the Government to push forward with changes to skilled migration pathways, to ensure “areas of highest need and greatest demand” are better targeted.

The Council noted priority solutions in this category for:

“They are amongst the fastest-growing, best-paid, most secure, and most flexible jobs in Australia. They have half the gender pay gap of other high-paying industries.”

“These jobs are critical to every major industry in the Australian economy – as demonstrated by the broad range of employers and educators participating in the Digital Employment Forum, from sectors as diverse as retail, banking, mining, government, professional services, software and telecommunications, all with a shared vision to create pathways into jobs.” 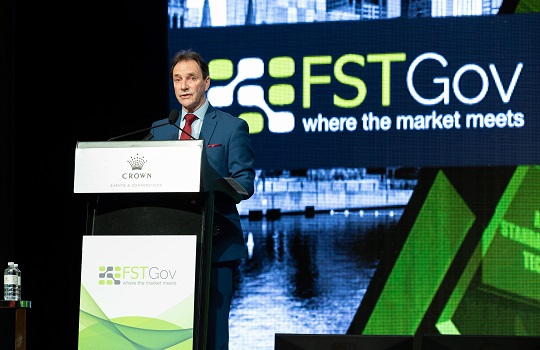