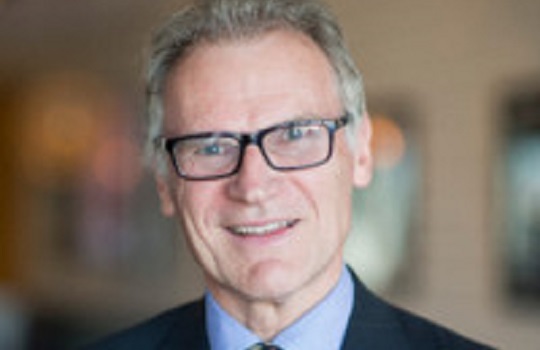 – Victoria Police has appointed Steve Hodgkinson as its next Chief Digital Officer.

He replaces Bret Giles, who departed Victoria Police in late 2021 after serving five years as CDO.

As CIO of the DHHS, Hodkinson oversaw the introduction of the ‘Platform+Agile’ approach, a public cloud-based microservices architecture and IT service delivery model based on Microsoft Azure.

Platform+Agile was a key factor in the DHHS’s pandemic response, providing the foundation of the state’s Covid Test Tracker and contact tracing systems.

ACLEI is an independent agency within the Attorney-General’s Portfolio, established to support the Integrity Commissioner in “detecting, investigating and preventing corrupt conduct in Australian Government agencies with law enforcement functions”.

Applications for the position close on 8 May 2022.

Rasmussen, a veteran of WA’s public sector who has served more than a decade in senior technology roles across the state, was most recently Chief Information Officer at WA’s Health Support Services, a role he held for nine months before a brief move into a freelance consultancy role.

Prior to this, Rasmussen served as CIO at Curtin University for nearly six years.

Ratanpal, who has served with the company since 2016, was previously Chief Technology Officer and prior to this Head of ICT Operations.

In a statement, Meridian Chief Executive Neal Barclay praised the Ratanpal’s “wealth of expertise” and “his ability to lead, partner and enable others to put customers at the heart of our business through our digital program”.

“Adding Bharat to our executive team recognises his personal contribution to Meridian’s progress, having led Meridian’s IT function for five years.”

Barclay said the addition of the CIO function “recognises the strategic importance of digital transformation to our business”.

– The Department of Defence has appointed Laura Arnott as Assistant Secretary of Governance and Delivery. Arnott, who has served more than a decade at the defence department, was previously Executive Director of ICT procurement.

– The Australian Technology Network of Universities, a peak body consisting of five tech-focused universities, has established a new Industry Advisory Panel to help support Australian entrepreneurship and innovation and address the skills gap.

The seven-member panel consists of:

– The Federal Government has appointed Judi Zielke as Chief Executive of the Australian Research Council (ARC) for a five-year term.

Zielke was appointed Acting CEO of the ARC on 1 February 2022 before her latest promotion.

Acting Minister for Education and Youth Stuart Robert congratulated Zielke on her appointment, acknowledging her “strong public sector experience that she brings” to the Council.

Zielke was previously Chief Operating Officer at the Commonwealth Scientific and Industrial Research Organisation (CSIRO), and has also worked across industry, trade, and Attorney-General’s portfolios, with Robert praising her as a “champion of Australian research”.

Zielke said: “The significant work of the ARC could not be achieved without the contributions and support of the team, the research sector and Government.

“I look forward to continuing to work with everyone to maximise the impact of Australia’s world-leading university research.”

– The ARC has also established a new Advisory Committee to provide advice to the Chief Executive on the Council’s strategic agenda and functions.

“This will contribute significantly to the ARC’s governance and effectiveness and support the reform of its research programs to ensure they are innovative and fit for purpose for the sector as well as aligned with Government priorities,” the Council said in a statement.

The ARC Advisory Committee consists of:

“The ARC recognises the importance of working with experts across the higher education and research sector, and those with industry and end-user experience,” Zielke said.

“I look forward to receiving strategic advice from the group to improve governance, drive reform, and to maximise the benefits of ARC-funded research for all Australians.”

Emeritus Professor Praeger, a Professor of Mathematics, retired in 2017 following a 40-year career at the University of Western Australia. She served as president of the Australian Mathematical Society from 1992 to 94.

Associate Professor Brownlie is a researcher in environmental and agricultural sciences and Deputy Head of the School of Environmental Sciences at Griffith University. He was previously president of peak STEM body Science and Technology Australia between 2019 and 2021.

– The Office of the eSafety Commissioner has appointed 24 young Australians, aged between 13 and 24, to its first Online Safety Youth Advisory Council.

The Council provides “an opportunity for young people to provide a voice to Government about their online experiences and how these can be safe and positive”, eSafety said in a statement.

It notes that Council members come from “a diverse range of experiences, genders, cultural and linguistic backgrounds, and locations”.

“Members will provide advice to the Government about their experiences online, and help inform eSafety’s policies and programs.”