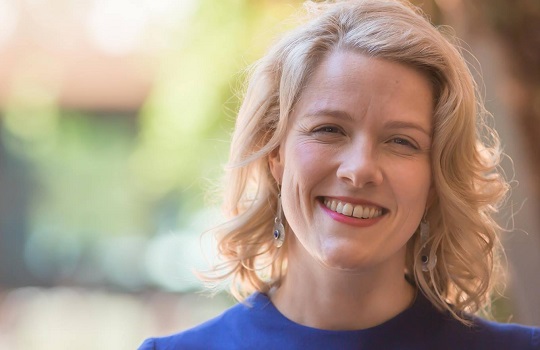 – The newly elected Albanese Labor Government has announced a number of tech and innovation-focused appointments to its cabinet, including the creation of a standalone Minister for Cyber Security – a key election promise by Labor.

Clare O’Neil will take the reins as Australia’s first dedicated Minister for Cyber Security. Alongside the cyber ministry, O’Neil will also step in as a surprise appointee to lead the Home Affairs portfolio.

Under the previous Coalition government, responsibility for cybersecurity generally fell under the purview of the Home Affairs ministry, headed by Karen Andrews, while cyber priorities handled by the Australian Signals Directorate were overseen by Assistant Defence Minister Andrew Hastie.

Meanwhile, former opposition leader Bill Shorten will maintain his role (previously only in Shadow) as Minister for the National Disability Insurance Scheme (NDIS) and the Minister for Government Services. The latter Ministry was previously led by Linda Reynolds, who succeeded Stuart Robert in the job last March.

As the newly appointed government services minister, Shorten has already promised a full audit of the myGov citizen services portal – the entry point for ATO, Centrelink, and Medicare online services.

Last month, then Opposition leader now Prime Minister Anthony Albanese said the citizen services platform was “not up to scratch”, vowing a “review myGov, and [to] make improvements where necessary”.

Michelle Rowland has been appointed Minister for Communications, after serving five years as communications shadow, with notable oversight of the national broadband (NBN) scheme.

Brendan O’Connor has been appointed Minister for Skills and Training, likely bearing responsibility for Labor’s pledge to create 340,000 new tech jobs by 2030, while Katy Gallagher will become Minister for the Public Service, in addition to Minister for Finance.

“This is an exciting team,” Prime Minister Albanese said during the cabinet announcement. “It’s a team which is overflowing with talent, with people absolutely committed to making a difference as ministers and assistant ministers in my government.”

Albanese further declared his new ministry as “the most experienced incoming Labor Government in our history since Federation”.

Morrison most recently served as Chief Digital Officer at the Queensland Department of Communities, Housing, and Digital Economy (DCHDE) – a position he held for three years. During this time, he noted he was “intimately involved” in key technologies during Queensland’s Covid response, including the state’s QR code check-in app, Check in Qld, as well as the state’s online border entry pass.

Prior to joining the DCHDE in July 2019, Morrison spent two-and-a-half years at its predecessor, the Department of Housing and Public Works, as Director of QLD Online, leading platform operations and support for the Smart Service Queensland service counters. He also served twice as Acting Chief Information Officer.

The DTA has also made a number of promotions to individuals currently in interim roles. Most notably, Wayne Poels has been appointed General Manager for Investment – Advice, Contestability, and Assurance.

As part of the role, Poels will take oversee the DTA’s role in the budget process, investment approval conditions and delivery assurance.

Alongside Morrison and Poels’ DTA appointments, Brendan Reilly, Jamie Whitcombe, Lisa Jansen, and Doug Rutherford will officially step up as branch managers at the agency.

“I’m beyond thrilled to share that I’m starting a new position as CISO at NSW DPIE,” she wrote on her LinkedIn page.

Wirth further noted that her new team has roles on offer “across the cyber spectrum” to support its “growing cyber program of work”, including a new Senior Cyber Security Analyst position.

Beydoun has served nearly a decade with the ATO, most recently as Leader of the JobKeeper Data & Analytics team.

– Australia’s chief scientific research agency, the CSIRO, has appointed Dharmini Robertson as the new Science Counsellor to the United States and Canada.

Robertson will be based at the Australian embassy in Washington DC during her three-year term, serving as a conduit of engagement between Australian Government departments and North American government ministries, industry, and researchers.

Robertson was previously Director for Low Emissions Technology Strategy at the Department of Industry, Science, Energy, and Resources between October 2021 and May 2022.

– Anita Matuszewski has departed from her role as General Manager of Technology for Channels and Sales at Australia Post, after having served in the position for more than five years.

Matuszewski announced her departure via her LinkedIn page, noting that it was a “privilege to lead an awesome technology team that pushed all boundaries to deliver better experiences for our staff and customers in the past eight years”.

Matuszewski initially joined Australia Post in 2014 as Head of Technology for Retail Services.

She added that she was “excited to continue my journey in retail and look forward to the next chapter in my career”.