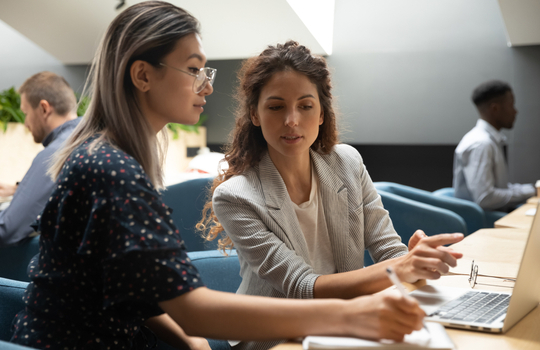 While Australia’s public sector is facing a growing dearth of tech talent, a cohort of digital apprentices, cadets, and graduates from APS-led training programs could not only help refill this talent pool but also emerge as the next generation of government IT leaders and innovators. And there will be a lot more of them coming on board next year.

Among them is James*, a former supermarket and local library worker who tinkered with computers in his downtime. With a Bachelor of Arts in hand, he moved states to start his two-year graduate digital apprenticeship in the federal public service in February 2016.

James was recently fast-tracked to an EL1 first-level management position at the Australian Signals Directorate.

“One of my mentors told me when I was starting the apprenticeship that a career is a marathon, not a sprint. That’s stayed with me this whole time in terms of having long-term goals and enjoying the journey,” he says.

Not a ‘tech nerd’, but now an IT team leader

Throughout his apprenticeship, James valued his mentors whom he commends for being on-hand to answer his questions on his work and studies. He completed a Certificate IV in ICT infrastructure one day a week at the Canberra Institute of Technology, which covered server and switch configuration as well as networking.

“I was a bit surprised that a lot of the apprentices and cadets I started with weren’t all ‘tech nerds’. We all really enjoyed building PCs in our downtime, but I wouldn’t say that’s all we did in our lives out of work,” James says.

Digital program for ‘all sorts’

James is one of more than 1,300 people since 2007 who have kick-started their ICT/digital careers in the Australian public service under the Federal Government’s Emerging Talent Programs. Those programs are part of the Digital Profession drive, which aims to address critical capability gaps within government.

Australia ranks poorly at 40th in the world for digital skills, according to the Digital Skills Organisation. The Australian Public Service Commission also found that 72 per cent of public agencies had reported critical data, digital, and IT skills shortages.

The APS Workforce Strategy 2025, released earlier this year, says the APS is “less competitive than other civil services” in ICT skills as well as communication and problem-solving skills.

By nurturing its digital talent pipeline, government agencies may go some way to addressing the ongoing cost and time overruns of their digital transformation projects, according to a Deloitte Digital Pulse 2021 report. It also cited research showing almost two-thirds of government agencies said skills and capabilities were a barrier to using data.

Meanwhile, a spokesperson for the Emerging Talent Program says it “casts quite a wide net” for the skills and qualifications they seek from applicants. That is due to the broad nature of digital and technical roles spread across the 14 Federal Government agencies involved in the program, the spokesperson said.

“We are seeing many applicants come through the recruitment process with interests in emerging areas like cybersecurity, data analytics, machine learning, and AI, as well as less technical areas around user-centred research and design.

“Digital skills are critical to all organisations and increasingly important in almost all areas of life. Skills shortages in digital and technical areas are a huge concern for all industries, including government, so it is really important we continue to attract and retain these skills, particularly in the entry-level context.”

Right now, there are 197 participants in these programs comprising 65 digital apprentices, 90 cadets, and 42 graduates. All are taken on as permanent staff from their first day.

Usually, each program takes on up to 50 recruits a year. Next year, however, this cohort will swell to 100 apprentices, 150 cadets, and 80 graduates. Most will work in Canberra, but opportunities are also opening up in Brisbane, Melbourne, and Adelaide.

Applications for the digital graduate program were up 70 per cent from last year, which the spokesperson acknowledges was the result of a “centralised marketing” campaign for public service graduate programs.

This larger cohort of cadets may, however, create added pressure for those overseeing the program. Once they have completed their training, a key challenge is integrating cadets and apprentices into the public service or professional workforce in general, a spokesperson for the program said.

“Many program participants are either fresh out of school or university, and this could be their first professional job, or they’re embarking on a career change from a completely different industry.

“Many participants relocate for these roles, and it’s really important that we help them settle in and get comfortable quickly, not just for their own benefit, but also so that they can become effective team members for their agencies as soon as possible.”

To help participants, each has a supervisor and a Career Liaison Officer to guide them with their study, in their workplace, or to offer general advice. Participants are also encouraged to take up networking opportunities across the public service to build their links.

Last month, management of the digital training programs were moved from the Digital Transformation Agency to the Australian Public Service Commission – the same agency that oversees entry-level talent programs across all Federal Government agencies. They will be linked to the new Australian Public Service Academy, which will build public service capability more broadly.

The recent Federal Budget also included a $101.8 million pledge to boost digital skills in the public service, with a focus on cybersecurity, artificial intelligence, and emerging technologies.

Among the programs is the $10.7 million Digital Skills Cadetship Trial run by the Department of Education, Skills, and Employment. The cadetships will take between four to six months and are expected to focus on priority areas, including cybersecurity, advanced manufacturing, data analytics, game design, or animation. The first cohort, commencing their program next year, will likely comprise of school leavers or graduates.

But will it be enough?

According to a recent survey by peak body the Australian Information Industry Association, a little one in three workers within Australia’s ICT industry said they believed governments understood their sector’s importance to the economy.

The Association called on governments to do more to fill skills shortages, such as in cybersecurity. One in four jobs created in the next four years will be in digital technology, says the Digital Skills Organisation.

Time will tell whether the Government’s investment to foster emerging IT leaders and boost digital skills among staff will keep them where they need to be – in the public service – and not be lured into the private sector.

* Not his real name.