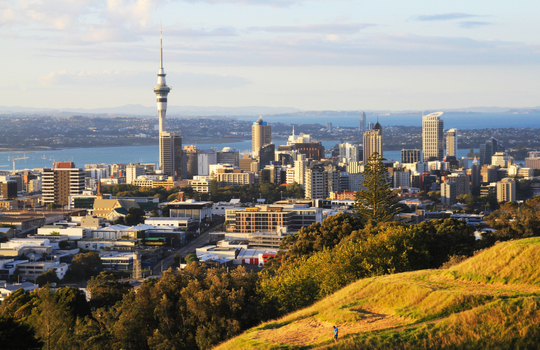 Amazon Web Services (AWS) clients in New Zealand will soon no longer need to depend on Australia-based servers to run AWS workloads and store data, with the cloud services giant confirming it will build its first Asia Pacific Region in Auckland by 2024.

The new AWS Region marks company’s eighth in within the Asia-Pacific region, which currently includes hubs in Tokyo, Hong Kong, Singapore and Sydney.

The to-be-built Auckland Region (one of currently 25 around the world) will consist of three separate Availability Zones (AZ).

“AZs give customers the ability to operate production applications and databases that are more highly available, fault-tolerant, and scalable than would be possible from a single data centre.”

Barr, in his blog post, also reiterated the added redundancy features inherent in this tri-zone structure: “Each of the Availability Zones will be physically independent of the others in [the] region, close enough to support applications that need low latency, yet sufficiently distant to significantly reduce the risk that an AZ-level event will have an impact on business continuity.”

He added: “This connectivity supports applications that need synchronous replication between AZs for availability or redundancy.”

The new Auckland-based Region will ensure sensitive data assets held and used by NZ Government agencies – particularly for those with high-level data sovereignty needs, including national security and healthcare services – are stored within the country.

Currently, AWS clients in New Zealand can opt to deploy AWS services exclusively in the Sydney Region – NZ’s geographically closest AWS cloud hub; this effectively means that, currently, cloud workloads and data must be ‘offshored’ in Australia rather than held and processed in NZ.

AWS notes on its website that customers are able to “replicate and back up content in more than one Region”.

The New Zealand Government has a longstanding relationship with AWS. In 2017, the Department of Internal Affairs (DIA) confirmed a whole-of-government Cloud Framework Agreement with the cloud giant to help accelerate the adoption of public cloud services by all NZ public agencies.

Amazon predicts its new Auckland Region will create 1,000 new jobs within the country and inject NZ$10.8 billion into the local economy over the next fifteen years.

According to the company, an additional 24 Availability Zones and eight new regions (including its new Auckland hub) are currently being built around the world.