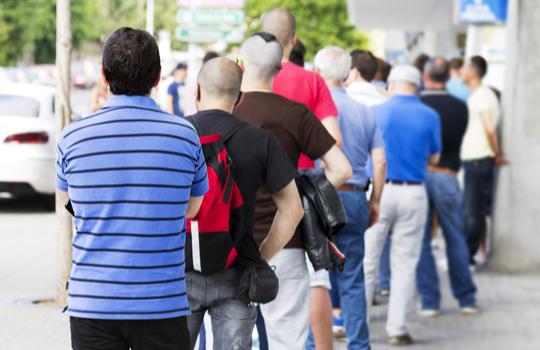 The first contingent of 1,500 new staff is currently being trained to handle a spike in call numbers handled by the agency as well as high-volume claims processing.

A direct successor to the Department of Human Services, Services Australia was established earlier this year as an executive agency managing the Social Services portfolio. This portfolio includes Centrelink, Medicare, and Child Support payments and services.

A raft of new staffing and ICT upgrade arrangements was unveiled by Minister for Government Services Stuart Robert yesterday.

More than 95,000 people had concurrently attempted to use the Centrelink site on Monday morning, causing the site to crash – this, despite attempts by the department over the weekend to increase capacity.

The Centrelink outage was previously attributed by Robert to a denial of service attack.

In the future, he said, network capacity within myGov – the government’s dedicated citizen services platform – will be ramped up.

With extra capacity, myGov could handle up to 150,000 online users; this compares with just 40,000 users in the previous week.

Further, myGov will be supported by additional load space within ICT systems. This is expected to accommodate a massive surge in demand, without compromising overall systems’ stability.

To date, Services Australia has clocked up nearly 2.6 million logins to myGov.

“We will continue to run the myGov service 24/7 and progressively increase its capacity as required, as we have over recent days and months,” Robert said.

“To put this in perspective, the previous busiest day for myGov was during the July 2019 tax-time period, where the peak was 1.8 million logins in one single day.”

An ‘intent to claim’ process is also being finalised, enabling people to register online for financial support. This avoids the need for individuals to visit a Services Australia service centre in-person.

Additionally, people do not need to provide separation certificates to claim a JobSeeker Payment. Claims are being backdated to when someone first tried to contact Centrelink or lodged an intent to claim.

Updates about these claims will be relayed via phone, including timelines for when claims are processed or approved.