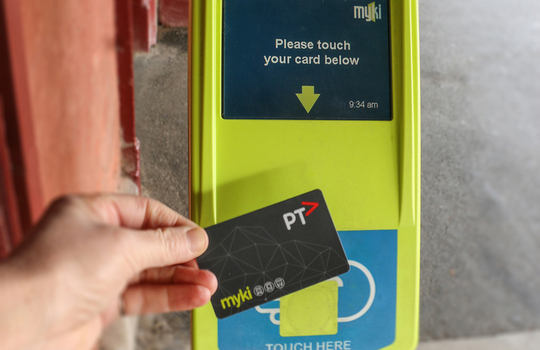 The Victorian Government has set out early to secure a new partner to oversee operations and upgrades for its contactless ‘smart ticketing’ system, myki.

Ahead of what will be a 17-year-long partnership with NTT Data-owned Aussie developer Kamco (with an initial 10-year contract with the Australian consortium extended by another seven years in 2016), the Victorian Government has set itself a two-year timeline to secure a new partner that will take over from NTT to oversee and build upon the current myki system.

Development of the myki platform, which replaced the state’s ageing Metcard system, was contracted to Kamco back in 2006 under an original ten-year, $944 million deal signed by the then Baillieu Government.

Plagued by governance issues and poor planning, costs for the original myki project ballooned by an additional $550 million, with the deployment timeline also stretched by another three years.

An attempted re-tender ahead of the December 2016 expiry of the original contract did not proceed (despite NTT, Accenture, and Cubic Transportation Systems, operator of Sydney’s Opal ticketing system, shortlisted), with concerns from then Auditor-General John Doyle that existing governance and planning issues would persist regardless of the supplier.

The original contract was extended with NTT for $700 million, with criticism that the renewal proceeded before a proper review could be conducted.

Doyle noted in his 2015 report that “poor initial planning resulted in myki’s original scope and contract being vaguely specified and overly ambitious”.

“This produced significant delivery risks that were poorly managed because of shortcomings in the state’s initial governance and oversight of the project.”

He also warned the “compressed time frames” to seek a new contractor (just under a year) could bedevil any re-tender.

“Since its creation in 2012, PTV has improved oversight and management of the myki contractor. However, significant risks to the state remain due to weaknesses with the contract’s performance regime and the compressed time frames for the myki retender.”

In this latest tender, the Government said it is seeking parties who can “continue to operate the myki system, while also building on upgrades that have been delivered over recent years like the successful mobile myki on android devices and top up through the PTV app”.

“The Department of Transport has already embraced opportunities presented by new and emerging technologies such as Mobile myki, instant myki top up using the PTV app, and the Ridespace app.”

Mobile myki enables Android smartphone users to utilise their mobile’s NFC chip (much like a ‘tap and go’ payment) in the place of their myki card.

“In preparing for this EOI [expression of interest] process, the Department of Transport has looked at our current system, the experience of other major cities, and changes in technology and mobility trends. A key consideration for the transfer to a new contract has been to minimise any impacts to passengers.”

Minister for Public Transport Ben Carroll in a statement said the Government has “looked at the experience of other major cities around the world as we continue to upgrade the myki system and deliver the best outcome for passengers”.

Concerns around ticketing, and particularly refunds issued via myki, remain one of the biggest sources of public transport complaints to Victoria’s Public Transport Ombudsman.