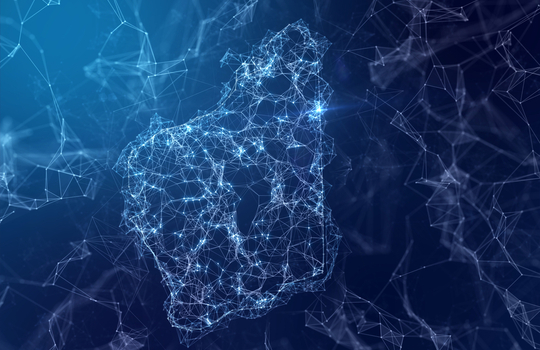 The Western Australian Government has mapped out five key priority areas under its Digital Strategy 2021-2025, ushering in the Strategy’s first decisive program of works under new Minister for Innovation and ICT, Stephen Dawson.

The first iteration of the “dynamic” Roadmap, which the Government expects to update every two years, includes 22 digital-focused projects and initiatives covering 12 state agencies.

More than half ($277 million) of this pool of funds has now been allocated to the Government’s whole-of-government digital transformation efforts, announced in 2021-22 Budget (pg. 22), with a residual $187.4 million remaining in the fund “to be allocated to additional ICT proposals as part of the 2022-23 (or future) Budget process”.

Among the four core strategic priorities of the Roadmap include a goal of delivering a range of front-line citizen and public sector services (under the banner of ‘Better Government Services’), with a priority on building out the Government’s one-stop-shop online hub, WA.gov.au.

The Government hopes to onboard at least 60 agency websites to the current WA.gov.au portal by the end of FY21-22, which will also have embeded its soon-to-be-developed ServiceWA function (comprising not only a self-service online customer portal and app, but also brick and mortar service hubs).

The Government will also move to further advance its Customer Identity and Management platform (CIAM) – a single sign-on capability for individuals and businesses accessing WA Government services. The Government has allocated $3.6 million so far to develop this capability.

As part of the CIAM solution, the Department of Mines, Industry Regulation and Safety (DMIRS) has been tasked with developing the WA Relationship Authorisation Manager (WARAM) – a whole-of-state-government solution that enables businesses and individuals to authorise a third party to act on their behalf.

The second of the four core Roadmap priorities, ‘Informed Decisions’, will seek to improve the state’s data and analytics capabilities.

Centred on the Office of Digital Government’s whole-of-government data sharing and analytics function, a dedicated team within the DP&C is currently tasked with establishing standards for data fields, creating a catalogue of government data that can be accessed and re-used.

Alongside this will be a new dedicated ICT system to support Aboriginal groups with heritage protection and “direct access to the information held by government”. The Government has earmarked $4 million to develop this platform.

The third pillar, ‘Safe and Secure’, comprises a mix of information security and general health and safety priorities, including expansion of WA’s Cyber Security Operations Centre (CSOC), which provides greater support for agencies impacted by cyber breaches. By Q2 2022, the Government aims to have 30 agencies connected to its CSOC.

A new Workforce Management System will also be introduced for Department of Fire and Emergency Services personnel to support scheduling, time and deployment tracking, fatigue management and leave management.

The final pillar, ‘Digitally Inclusive’, will advance on the state’s Digital Inclusion Blueprint, first announced in mid-2020 and still in development, addressing barriers for citizens in digital connectivity, affordability, skills, and design. The draft Blueprint has already undergone community consultation, with the Government releasing its findings late last year.

“The Office of Digital Government will be working with agencies, industry, community services and WA communities to finalise the Blueprint and develop a program of initiatives that can enable more Western Australians to access and use digital technologies,” the Roadmap stated.

A fifth Roadmap priority, ‘Supporting Digital Foundations’, provides a bedrock for advancing the other four core pillars, and includes a range of core platform upgrades and digital services and systems integration programs.

Among the Digital Foundations initiatives include the rollout of a new Financial Management Information System at the Department of Finance, which will see an upgrade of the longstanding Oracle E-Business Suite, a new 1Finance Project to “deliver a contemporary cloud-based finance system” at the Department of Communities, and a cloud-based electronic document and records management system at the DMIRS.

Minister Dawson, who replaced Don Punch in the ICT and Innovation portfolio last December, said the new Roadmap offers “an exciting preview into some of the convenient, smart and secure digital projects that are on track to be delivered by 2025”.

“The Roadmap lays out how we will action our Digital Strategy by drawing down on the Digital Capability Fund over the coming years.”

He added: “The McGowan Government is committed to delivering modern digital services that all Western Australians deserve now and into the future.”

WA’s Digital Strategy 2021-2025, first announced in late 2020 and building on the previous Government’s 2016-20 strategy, sets out to position WA “at the forefront of digital change globally”, Minister Dawson said.

“[The Digital Strategy] puts Western Australian people, businesses and communities at its centre and sets the vision for a government that provides convenient and secure online services informed by quality data insights.

“It also recognises that as government delivers more services online and better leverages data to inform its operations, excellent cyber security capabilities are more important than ever.”