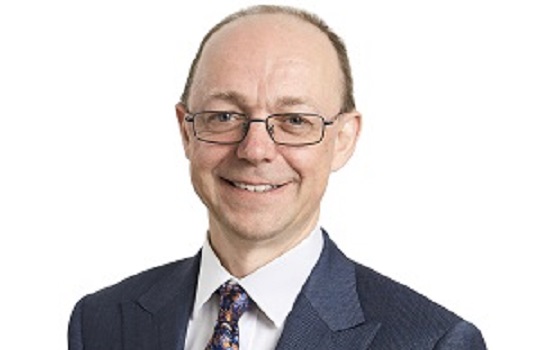 Papanikolaou joined Westpac in February this year as General Manager, Group Transformation Office before the title change this month.

“Continuing to transform culture and risk management remains a major focus for the Group in our efforts to build a simpler, stronger bank and the CORE program is an integral part of this plan,” King said.

“Yianna brings a wealth of global experience in large scale transformations across major organisations,” he added.

Prior to joining Westpac, Papanikolaou served seven years at Deutsche Bank (UK) – most recently as Managing Director, Cash Management, and before this as MD, Group Transformation. Previously, she was also Head of Strategy and Transformation for the Royal Bank of Scotland’s corporate bank.

– AIA Australia has also announced the appointment of its first Chief Transformation Officer, with Mike Thornton (pictured) stepping into the role.

Thornton most recently served as AIA’s Chief Risk Officer, a position he held for six years. Gerry Schipper, who joined AIA in 2010, has stepped up to replace Thornton as CRO.

A newly created role, AIA Australia’s CTO will oversee the insurer’s wider transformation program as it embarks on a three-year, end-to-end transformation journey.

AIA Australia chief executive and managing director Damien Mu said he was “thrilled” with Thornton’s new appointment, with the company acknowledging his commitment throughout his career to driving sustainable business practices.

“This is an exciting milestone in AIA Australia’s journey and his leadership will ensure that we are set up for success,” Mu said.

Craig first joined Cuscal in July 2017, serving across a number of senior roles in tech and project services, initially as Head of Service Delivery Operations and then as Head of Strategy and Governance. He was appointed Interim Chief Information in November last year before his formal appointment this March.

He has also served in senior tech roles at Fuji Xerox Australia and Suncorp.

As Cuscal CIO, Craig will oversee the fintech’s technology and program delivery functions, helping to create for the fintech “reliable and innovative payment solutions for mutuals, banks, fintechs and corporates”, the company says.

Stace has served 17 years with Regional Bank, most recently as Head of Business Services, and prior to this as Senior Manager of Transformational Change.

The Bank is currently seeking a new CIO.

– The Australian Competition and Consumer Commission (ACCC) has announced Gina Cass-Gottlieb has commenced her term as ACCC Chair – the regulator’s first female chair since its founding.

Cass-Gottlieb was previously a Member of the Reserve Bank of Australia Payment Systems Board, supporting payments regulation, and the Financial Regulator Assessment Authority.

“We are pleased to welcome Gina to the ACCC,” Scott Gregson, chief executive of the ACCC, said. “Gina is exceptionally well qualified and her broad experience across many industries will be an asset to the agency’s work.”

“We look forward to a smooth transition given Gina’s familiarity with our work and people, as well as the considered handover provided by Rod.”

Cass-Gottlieb steps up following the conclusion of Rod Sims’ term as Chair.

As part of the role, Halls will be tasked with improving the fairness of the bank’s products and services for retail, small business and wealth customers.

A 25-year veteran of the legal and financial services industries, Halls most recently served as Lead Ombudsman at the Australian Financial Complaints Authority (AFCA).

“Evelyn’s significant experience across the financial services sector will be crucial in helping us deliver fair products and services,” Elliot said.

“As ANZ’s services become even more digital, we’ll be particularly looking to Evelyn to help us use data responsibly and ensure our decision making is fair.

“This is a crucial role for ANZ that we first established in 2016 and I’m confident Evelyn will build on the legacy of Colin Neave who served as ANZ’s inaugural Customer Fairness Advisor.”

Neave, a former Australian Commonwealth Ombudsman between 2012 and 2017, served as ANZ’s inaugural Customer Fairness Adviser from 2017.

He replaces Travis Crouch, who becomes Deputy Chief Financial Officer, with Crouch intending to step back from the role to spend more time with his family.

Managing Director and Chief Executive Marnie Baker said the move was a good outcome for the bank, retaining Crouch’s critical skills and input.

“We believe the arrangement is a win-win for the bank,” Baker said.

“We are pleased to appoint someone of Andrew’s calibre to the role of Chief Financial Officer. His experience and understanding of the banking landscape will help us to execute our strategy and become a bigger, better and stronger bank.”

Morgan will join Bendigo and Adelaide Bank in June, with his appointment following Luke Davidson’s beginning his term as Bendigo’s Group Treasurer this month.

Davidson joined from ANZ, where he was CFO of the Bank’s institutional division.

– AustralianSuper has appointed its first Chief Operating Officer, with Peter Curtis to take on the new role.

Curtis was appointed the super fund’s Group Executive for Finance Operations in 2019, overseeing its finance, legal, and investment operations.

“The appointment of Mr Curtis to this new role enables us to further enhance our operating rhythm as we continue to grow globally,” Schroder said.

“This is a key component in the delivery of our 2030 Strategy and goal to be Australia’s leading superannuation fund for members”.

The super fund has also appointed Belinda Ray as Head of Internal Audit.

Carmody assumes responsibility for the day-to-day supervision of regulated entities within the general, life and private health insurance industries; Khoo will oversee a number of APRA’s specialist supervisory teams and drive APRA’s ongoing investment in its data and analytical capabilities.

Both have formally commenced their new roles on 4 April 2022, reporting to APRA Deputy Chair Helen Rowell.

“Michele brings a wealth of experience to the position. She has played a leading role in the Bank’s work on financial stability and has a well-deserved international reputation for her work on payments systems.”

Bullock replaces Guy Debelle, who is set to take up a new role as Chief Financial Officer at Fortescue Future Industries.

Lowe thanked Debelle for his “outstanding service to the RBA over many years”.

“He has made major contributions to monetary policy, to financial market operations and to the management of the Bank.”

The RBA has also appointed Michael Plumb as Head of Banking.

Plumb has served with the RBA for more than two decades, holding a number of senior roles in this time. Most recently, he was the central bank’s chief representative within its New York office.

– The Federal Government has appointed Fiona Crosbie to the Financial Regulator Assessment Authority (FRAA), established last year as part of recommendations from the Hayne Royal Commission.

Crosbie is chair of law firm Allens and recently chaired the Competition and Consumer Committee of the Law Council of Australia.

FRAA, an independent statutory body, is tasked with assessing the effectiveness and capability of financial and corporate regulators ASIC and APRA.

– The Financial Services Council has announced the formal appointment of Blake Briggs as Chief Executive.

Briggs has served as Acting Chief Executive over the last three months, having been Deputy Chief Executive and Senior Policy Manager for Superannuation across his more than eight years at the FSC.

Prior to this, he was Head of Government and Industry Affairs for Wealth at Westpac.

FSC chair David Bryant praised Briggs as a “strong leader for the FSC and committed to the organisation’s mission of delivering a financially secure future for all Australians”.

– The Federal Government has appointed Timothy Beresford as the new Chief Executive of the Australian Financial Security Authority (AFSA).

A five-year appointment, Beresford will also serve as AFSA’s Inspector-General in Bankruptcy and Registrar of Personal Property Securities. He commences on 2 May 2022.

– Delta Insurance has appointed Tesh Patel as General Manager of its Australian office, with the specialist commercial underwriter seeking to expand into the market having established its first local HQ in Brisbane earlier this year.

Patel joins from Allianz Australia where he was GM of Commercial Products and Portfolios.

Prior to this, he served with IAG/Wesfarmers Insurance group in Australia for more than 11 years.

“Mr Patel provides a complementary skill set, with a strong focus on business development to meet our growth ambitions and ensure we become a specialty market leader here in Australia – just as we are elsewhere.”

“I’m delighted to have Paul join the Reserve Bank. He brings a wealth of leadership and experience to the Economics team,” RBNZ Governor Adrian Orr said.

Orr praised Conway for his “deep knowledge of the New Zealand economy” and international experience gained with the OECD.

Conway is currently Chief Economist at the Bank of New Zealand (BNZ); prior to this, he served as Economics and Research Director at the Productivity Commission.

His appointment comes as the RBNZ prepares for the departure of current Chief Economist Yuong Ha, who leaves his role later this month after 25 years with the central bank.

Conway is set to join the RBNZ on 2 May.

– Kevin Correll, Westpac’s Head of Consumer Payments has departed from the bank, returning to the US to take up a new role as PayPal’s Head of Enterprise Platform Growth.

Correll announced the move on LinkedIn.

Chief Executive and Managing Director, Rodney Cook praised Robinson as a “key contributor” to MLC Life over his six years – first as Chief Actuary and then as Chief Risk Officer.

“He has played a key role in many of our most significant initiatives, including the Sanagi program and the introduction of our new risk frameworks.”

Silver joined back in 2013 as Chief GM Workers’ Compensation.

Before Allianz, she was secretary to the Department of Premier and Cabinet in Victoria.

Allianz Australia, on its LinkedIn page, praised Silver for her “strategic mindset and industry insight” throughout her tenure with the insurer.

“[She] has also played a leading role in promoting and advocating for gender equality and diversity both within Allianz and in the community.”

“Stewart loves a challenge and this change will enable him to use his great leadership and organisational skills even more,” Watson said.

“We’re grateful to have had Stewart in key finance and funds management roles these past 15 years at ANZ NZ where he has brought a strong strategic focus on revenues, costs, and people management and engagement.”

ANZ NZ said it will begin recruiting for a new CFO.

– Hume Bank has appointed Dagmar Neumann to its board.

“Dagmar brings a diverse range of experience in leadership, strategy, digital transformation, innovation and technology in various industries and sectors, including financial services,” Human Bank said in a statement.

“She also brings her experience from Board and Advisory roles in domestic and international markets.”

Neumann said she was “confident that, with my deep expertise in financial services and digital transformation, I will be able to make significant contributions to the long-term success and prosperity of Hume Bank and its membership”.

She commenced with Hume in mid-March.

She replaces Dave Noonan who stepped down earlier this year.

Recently appointed Cbus chair Wayne Swan said: “We are pleased to announce that Denita Wawn has been appointed to the role of deputy chair of the Cbus board.”

“I look forward to working with Denita as the board continues our ambitious agenda for fund growth while continuing to deliver excellent outcomes for members.”

Wawn has been on the board of Cbus since December 2017. She was also previously a director at fellow super provider Hostplus.