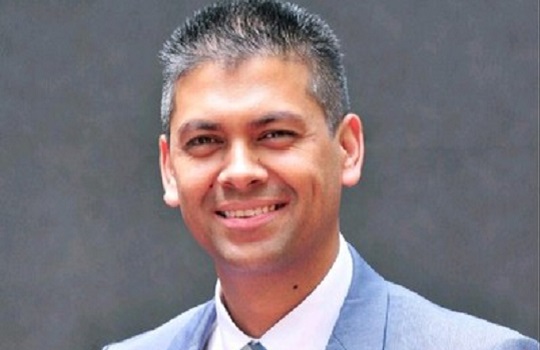 – NAB has appointed Sandro Bucchianeri as its next Chief Security Officer.

He replaces Nicholas McKenzie, who left NAB in April to take up a group CIO and CISO role at Bugcrowd, a “crowdsourced cybersecurity platform”.

McKenzie held the CSO role at NAB for almost a year, serving as global CISO for the bank for a year before that.

–  AustralianSuper has announced the promotion of Paul Schroder to Chief Executive, with long-serving chief Ian Silk set to step down from the role.

The move follows the announcement of Chief Executive Ian Silk’s departure from the super fund after 15 years.

– Revolut Australia has announced the appointment of Daniel Travini as Head of Technology.

Formerly of neobank 86 400, Travini served in a number of senior tech roles, most recently as the neobank’s Digital Services Lead. He was among 86 400’s earliest appointees.

Travini will be tasked with driving Revolut’s strategy around information systems and security.

Revolut has also appointed Daniel Gosarevski as Head of Lending, leading the local operations in scoping, designing and launching future lending products for the Australian franchise.

Gosarevski has served more than a decade in the lending space, including roles at Citi and HSBC.

– Insurance Australia Group (IAG) has appointed former Zurich General Insurance head Tim Plant to the newly created role of Chief Insurance and Strategy Officer. Plant is expected to join IAG before the end of the year.

Zurich notes that Sean Walker, Chief Underwriting Officer of GI Australia & New Zealand, will support Delaney in the management of the GI business.

Goode will be responsible for overseeing the design, creation, and communication of the Group’s security strategies and roadmaps to inform the delivery of critical controls and capabilities that will improve the Group’s end-to-end security posture and its ability to withstand and recover from disruption events.

– The BPAY Group has promoted Brittany Kury to Head of Product, an internal promotion for the former Senior Brand and Marketing Manager.

Kury will be responsible for the creation, implementation and tracking of the BPAY and Osko product roadmap.

He replaces Matthew Rady, who recently announced his departure from the Allianz Group.

– AMP Bank has appointed Paul Herbert as Head of Intermediary Distribution and Governance.

Herbert, a 25-year veteran in the broking space, most recently served as Head of Lending Distribution at MyState Bank, and prior to that, as Chief Executive at The Rock Building Society.

AMP said Herbert will be focused on driving continued mortgage growth, strengthening the Bank’s service offering for brokers and advisers, and “ensuring it continues to be easy to do business with”.

– Following the separation and rebranding of the ANZ’s investment arm, ANZi, the bank has announced Managing Director Ron Spector will continue to lead the newly named 1835i. Joining Spector will be three, as yet undisclosed, partners with backgrounds across ANZ and the start-up community.

– Great Southern Bank, formerly known as Credit Union Australia, has appointed Mathew Patterson as Head of Broker & Insurance Partnerships. Patterson has spent 20 years in the third-party mortgage industry, most recently as Head of Broker at ME Bank.

– Westpac has appointed Shannon Finch as Group General Counsel. Finch has close to 30 years corporate legal experience, with particular expertise in mergers and acquisitions, capital markets, restructuring and regulatory engagement across a range of sectors, including financial services.

Finch most recently served as a senior M&A Partner at Jones Day and is a member of the Advisory Committee to the Australian Law Reform Commission for its Review of the Legislative Framework for Corporations and Financial Services.

– AIA Australia’s newly launched advice business, AIA Financial Wellbeing, has named Pina Sciarrone as its Chief Executive. Sciarrone, who has been with AIA for more than a decade, has served as General Manager of Banca, Partnerships and Advice since June last year.

Christensen has served as SuperConcepts’ Interim Chief Executive over the past six months.

– SocietyOne has announced a number of key appointments:

Appleby’s departure follows news last month that the neobank had scrapped its co-CEO leadership model, ushering in a raft of changes to its leadership team in preparation for an IPO listing later this year.

Judo has commenced its search for a replacement, announcing via a LinkedIn post its wants for its new “hands-on” CISO, who will be charged with maintaining Judo’s end-to-end cyber intelligence and security operations.

The new CISO will report directly to the Chief Operating Officer, Lisa Frazier.

She is set to join Link Group on October 4 as Chief Technology Officer.

– Matthew Rady, the Chief Executive of Allianz Australia Life has announced his departure from the organisation.

– AustralianSuper Chief Executive, Ian Silk, will step down from the role later this year. Silk has led the super fund, Australia’s largest, since its formation 15 years ago.

– Westpac has announced the appointment of Audette Exel AO as an Independent Non-executive Director, with effect from 1 September 2021.

Exel will also join Westpac’s Board Risk Committee and the Board Technology Committee following her appointment.

– Westpac New Zealand has announced Chair Jan Dawson CNZM will retire on 1 October 2021. She will be replaced by current director Pip Greenwood.

– AIA Australia has appointed Peter Yates AM as Chair of AIA Australia, with Theresa Gattung CNZM to continue leading AIA New Zealand as Chair. AIA said Gattung will now focus on the New Zealand business and other interests, following 12 years with AIA Australia after joining as Independent Director in 2009 and Chair in 2010.