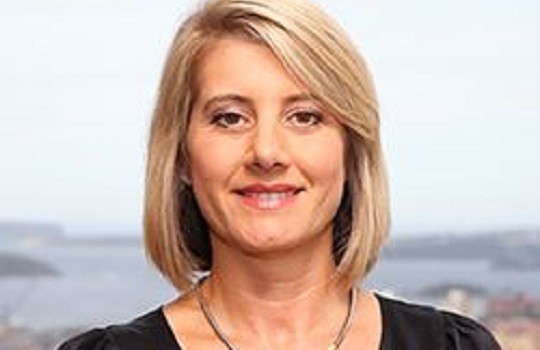 June saw a number of noteworthy additions across Australia and NZ’s financial services sectors, with Judo Bank and CFS Superannuation also announcing major rejigs of their executive teams, and NAB revealing it will split its Chief Data Officer role – at least for the interim.

– SME specialist neobank Judo has announced it will scrap its co-CEO leadership model, ushering in a raft of changes to its leadership team in preparation for an IPO listing later this year.

Co-founder Joseph Healy will go it alone as Chief Executive of Judo, with fellow founder and co-CEO David Hornery to shift onto the bank’s board.

And, a month after her appointment as Chief Operating Officer, Lisa Frazier will add new functions to her remit, overseeing the management of product and operations alongside IT.

The bank is also looking to appoint two more non-executive directors to its board, hoping to secure these appointments by August in preparation for its expected IPO later this year.

Derek Youdale will become Chief Data Officer for Business Engagement and Analytics, while Jonathan Taylor will serve as Acting Executive of Data Technology.

NAB said it will conduct an internal and external search for a permanent Chief Data Officer, with Youdale and Taylor set to serve in the split CDO role only for an interim period.

Argall succeeds CEO Dave Taylor, who will retire after 11 years at the helm of the mutual bank, with Argall having served alongside Taylor as G&C’s Deputy CEO over the last decade.

The G&C board praised the incoming CEO as “an integral part of G&C’s cultural journey, leading the organisation… to deliver a sustainable mutual bank alternative built upon innovative business partnerships, digital innovation and sector-leading financial performance and capital generation.”

Orton, who joined ANZ in 2009, most recently served as the bank’s Head of Resources, Energy & Infrastructure.

He succeeds Shane Buggle, who was appointed Acting Chief Financial Officer in February 2021.

– MLC Life Insurance has appointed Andrew Beevors as its new Chief Claims Officer. Beevors, who will report directly to MLC Life Chief Executive Rodney Cook, will be charged with overseeing claims handling and management, leading a team of more than 300 in the claims division.

He replaces Jane Dorter, who has been on secondment since April 2020 from her leadership role of KPMG’s Insurance Claims Solutions and Workplace Health division. Beevors commences his new role next month.

– AMP Limited has announced it has appointed Shawn Johnson as Chief Executive of AMP Capital.

Johnson most recently served as Senior Managing Director and Chairman on the Investment Committee of State Street Global Advisors (SSGA), a role he held for almost a decade. He replaces Boe Pahari, who controversially stepped down from the role in August last year.

– AMP has also confirmed Alexis George will commence as the group’s Chief Executive on 2 August 2021. George steps into the role following the departure of Chief Executive Francesco De Ferrari, who served three years at the helm of AMP.

– Colonial First State (CFS) Superannuation has announced a number of executive appointments, led with the promotion of General Manager of Product, Kelly Power, to Chief Executive.

Darren McKenzie has been appointed Chief Operating Officer, a role encompassing technology, operations and program management, with a core focus on cross-business digitisation. McKenzie most recently served as MLC’s Chief Technology and Operations Officer for just over a year and was previously Chief Information Officer at Banco Santander.

Bryce Quirk has been appointed as Chief Distribution Officer, which, CFS said “[reflects] the business’s focus on being more responsive to licensees’ and advisers’ evolving needs”.

Colonial, following its divestment from the Commonwealth Bank, also announced it will begin recruiting for a Group Chief Risk Officer, “bringing a strong focus on risk and compliance as the business prepares for separation from CBA”.

The LCCC was formed in 2017 to improve life insurance industry standards. The code is owned and enforced by the FCA.

McClelland is currently deputy chancellor of the University of New England, as well as Chair of the Gateway Network Governance Body and a member of the audit and risk committees for Local Government NSW and the Judicial Commission of NSW.

– Medibank has announced it has finalised appointments for its new executive leadership team, promoting Rob Deeming as Group Executive – Customer & Brands, responsible for the Medibank and ahm brands, customer channels and digital platforms and capabilities. Deeming will be accountable for growing and sustaining Medibank’s consumer businesses, and creating leading customer experiences to improve the advocacy, engagement and experience for our customers.

Prior to this role, Deeming was responsible for leading Medibank’s private health brand ahm.

– Deutsche Bank has formally appointed Glenn Morgan to lead its Australian business. Morgan had been acting in the role since July 2020.

The appointment comes one year after former incumbent Anthony Miller departed the role to become Westpac’s Head of Institutional Banking.

– The Australian Financial Complaints Authority (AFCA) has appointed ME Bank executive Paul Kearney as its new EGM People and Culture.

Incumbent Chief Executive Carmel Donnelly has announced her departure from SIRA to become Chair of the Independent Pricing and Regulatory Tribunal.

His appointment follows the decision of Jim Armstrong to become Chair of BAIS after his 30-year stint as CEO.

– Following the announcement of the planned merger of QSuper and Sunsuper, the pair have confirmed that Sunsuper’s Chief Technology Officer, Rod Greenaway, will resume in the role of CTO in the newly combined organisation.

Greenaway is responsible for leading the design, implementation and operation of IT services, architecture, cybersecurity and applications development.

– The Commonwealth Bank is set to swell the ranks of software engineering corps with more than 600 new hires over the next year, as the big four bank looks to hypercharge its digital CX capability.

Australia’s biggest consumer bank will add at least 50 new engineers each month “for the foreseeable future” across a number of its key tech disciplines, including software, systems, data and testing, committing itself to deliver “a best-in-class, global-leading customer service experience”.

– Fellow big four Westpac has announced it will create more than 300 new roles within in its Adelaide hub, offering a range of positions within its customer support leadership team, analytics and operations management, and consumer and business banker functions, among others.

“These roles provide South Australians with unique employment opportunities to join a large-scale business with a strong presence in the local market and build a career in the banking sector,” Westpac said.

The roles will support Westpac Group’s national operations across its suite of brands, including BankSA.

She joins ANZ from Manaaki Solutions where she had served as Chief Executive since 2006.

“Her deep expertise will also drive business, data and technology transformations for clients, and she is well-positioned to steer sustainable growth and lead through disruption.”

– Dr Catherine Lopes has concluded her contracted term as ME Bank’s Head of Data Strategy & Analytics. Lopes assumed the role on May 2020, charged with developing ME’s data and analytics strategy and end-to-end data analytics service.

Dr Lopes will continue on in her current roles as Adviser on the Intelligent Automation Networks board, alongside her directorships and leadership roles within Opsdo Analytics, Ada’s Tribe and the Sleigh Group.

– Suncorp’s Manager of Government Affairs Industry & Public Policy Joshua Cooney is set to depart the role – a position he held for eight years.

– ANZ Bank New Zealand has appointed Scott St John to its Board, replacing Tony Carter, who is set to retire in August.

Carter served as Director of ANZ NZ for almost a decade.

St John is the current Chair of Fisher and Paykel Healthcare. He is also a Director of Fonterra and Mercury Energy.

Hirst served as Chief Executive of Bendigo and Adelaide Bank from 2009 to 2018. He is currently a Non-Executive Director of ASX-listed investment company, AMCIL Limited, and private health insurer, GMHBA Limited.

– Hostplus has made a number of new appointments to its board following a string of departures. Tabcorp chief David Attenborough and former Federal Minister Craig Laundy will be added to the Hostplus board, alongside Gilbert + Tobin Lawyers partner Janet Whiting appointed Independent Director and former AHA Chief Executive Brian Kearney appointed as alternate Employer Director.

She previously served 16 years with Westpac as a Director of its Institutional Bank.