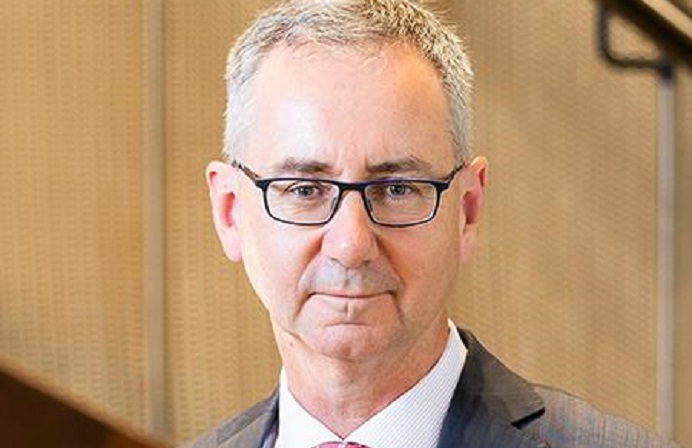 Bayliss replaces Angelo Manos who served as Judo’s CRO over the last year and a half. Manos will reportedly leave the role “to pursue other career opportunities”.

Andrew Leslie, currently General Manager Finance and Corporate Development, will step up to take on the CFO role. During his time in the GM role, Leslie has been responsible for Judo’s capital management, financial reporting and financial operations functions.

Judo said the CRO role and appointment of Bayliss is a recognition of the importance of “scaling Judo’s unique customer value proposition to achieve the Bank’s growth aspirations and vision of being a world-class SME business bank”.

“I believe now is the right time for Chris to take on a broader role in the business, to ensure we maintain our strong growth momentum, and to work closely with our Chief Operating Officer, Lisa Frazier, who is investing in best-in-class technology to support our relationship bankers.

“Chris’s appointment is also consistent with our strong focus on succession planning.”

– The Australian Prudential Regulation Authority’s (APRA’s) Deputy Chair, John Lonsdale, has been appointed to lead the regulator, with the Federal Government announcing last month he will take over from former Chair Wayne Byres.

Byres announced in July he would step down from the position having served eight years as Chair.

Lonsdale originally joined the regulator on 8 October 2018, moving across from the Australian Treasury where he served more than 30 years.

Lonsdale said the regulator would, under his reins, remain focused on “protecting the financial wellbeing of the Australian community with a strong and stable financial system that underpins the functioning of the economy”.

“The challenges in front of us are significant – a rapidly shifting macro-economic environment, rapid technological development that challenge business models and regulation, cyber threats, insurance affordability pressures, climate change and improving the performance of our superannuation system to name a few,” Lonsdale said.

“Successfully managing these challenges will deliver better outcomes to the Australian people.”

Deputy Chair Cole will continue to oversee APRA’s activities in the superannuation industry.

Among the new appointees, Amanda Norelli has been announced as the fintech’s new Head of Data Science.

Stepping over from the public sector, Norelli hails from the Australian Tax Office (ATO) where she served as Data Science Director.

Mark Wickett has also been appointed to the newly created position of Insights Lead, designed, the company said, to provide data insights and intelligence “to inform and drive the strategy by integrating all parts of the business”.

The Adelaide-based fintech, founded in 2015, said the appointments were a part of its “deliberate and accelerated growth agenda to solidify its position as a prospering digital platform”.

Tic:Toc chief executive and founder Anthony Baum added: “Since day one, Tic:Toc has been on a mission to accelerate the financial services industry and make lending experiences seamless. As a national company headquartered in Adelaide, operating with heart in tandem with ambition, we’re able to offer an attractive proposition for local talent looking to be a part of this next stage of growth.”

Schreuder is the founding Chief Executive Officer of Youi, which has now been operating for 14 years.

He also holds Board positions on the Youi, Blue Zebra Insurance, and AutoGuru boards.

Both Board appointments will commence on 5 December 2022.

ICA Chief Executive Andrew Hall welcomed the latest board appointees, offering, he said, “diverse experiences and perspectives [that] will add to the depth and breadth of knowledge and experience of the Board”.

Blackmore currently serves as Group Executive Member Experience, a role he has held since 2013.

As part of the new role, “Kerlin will have end-to-end accountability for ensuring AustralianSuper members enjoy a seamless journey with the Fund, including having access to leading products and services, and trustworthy guidance and advice”, the organisation said in a statement.

Chief Executive Paul Schroder said the appointments were part of a broader reconsideration of executive accountabilities, designed to ensure the Fund is well positioned for future growth and to deliver on its ambitious 2030 Strategy.

– The Reserve Bank of New Zealand (RBNZ) has reappointed Adrian Orr as Governor for another five-year term, effective from 27 March 2023.

Appointed to his first term in 2018, the New Zealand Government recognised Orr’s key role in ushering in a “considerable period of change” for the RBNZ, including a significant restructure of its upper ranks and his stabilising role during the pandemic.

Among these changes include The Reserve Bank of New Zealand Act 2021, which came into force in July this year and has delivered considerable changes to how the Bank operates and is governed, including in the RBNZ’s strategy, people and culture.

The NZ Government acknowledged Orr’s “instrumental” role in leading this change, noting his reappointment would help to “bed in” the changes.

“In light of global conditions, this is also a time when stability and continuity are paramount for the Bank,” Deputy Prime Minister and Finance Minister Grant Robertson said.

“Adrian has demonstrated the skills, knowledge and experience to help steer the financial system through the one-in-100-year economic shock of the pandemic.

“I am happy to endorse the recommendation of the Board. I have full confidence that he will continue to display the same integrity and leadership in performing his duties as Governor in what is still a challenging environment.”

– UniSuper has appointed Peter Warne as an independent non-Executive Director and Chair of its Investment Committee.

Warne recently retired after serving six years as Chair of Macquarie Group, and 15 years as a Director.

“Peter left Macquarie Bank in a stronger-than-ever position and brings with him a wealth of knowledge and experience in the finance and superannuation sector,” UniSuper said in a statement.

Warne’s appointment follows the announcement last month that Mark Armour will step in to Chair UniSuper when current Chair, Ian Martin, retires at the end of the year. Armour is also currently Chair of the Investment Committee.

Commenting on his appointment, UniSuper Chair, Ian Martin, said: “Peter is highly respected both in Australia and globally for his stellar business career, commercial acumen and values, and his personal touch. The UniSuper Board is both delighted and honoured to welcome him as a Director and Chair of the Investment Committee.”