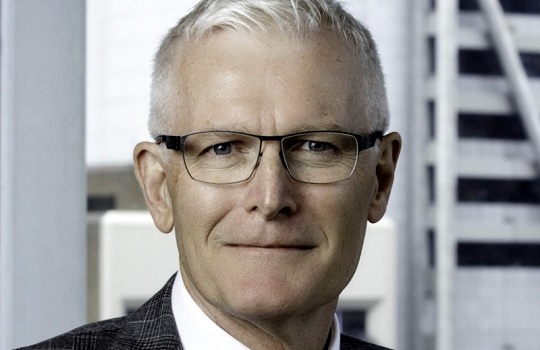 Smith’s appointment as Chief Information Officer follows the departure in early October of Gayan Benedict, with the Reserve’s former CIO landing a new role as Chief Technology Officer and Vice President of Customer Advisory for Australia and New Zealand at Salesforce.

Making its announcement via LinkedIn, the RBA praised Smith as “a seasoned leader… with over 25 years of strategic and operational IT experience.”

– The RBA has also announced the appointment of its first Chief Data Officer, with Roman Kovalenko taking on the new role.

Kovalenko most recently served as Head of the RBA’s Enterprise Data Office, a role he held for three years.

As CDO, Kovalenko will be responsible for optimising and growing the central bank’s technology, process and people capabilities for working with data.

“The key focus of the role is to balance the need for efficiency and risk reduction in the way we work with data with the desire for great analytical outcomes.”

“It’s a true honour to serve the RBA and the Australian public at this interesting time in our history,” Kovalenko said. “We are a central bank tasked with conducting monetary policy and maintaining strong financial and payments systems in an environment that is complex, fast-changing and data rich – it is increasingly important for us to have access to the latest data and to use the best technology, tools and processes for managing and analysing data.”

Amodio most recently served as Acting Cyber Security Chief at the Australian Taxation Office (ATO), which he held for the last year. Prior to this he served as the ATO’s Deputy CISO for three years.

He replaces former DPS cyber security chief Ian McKenzie, who departed from the role in October 2020 to take up another Federal Government position as Assistant Director General (CTO) in federal government agency.

She most recently served as Director of WA’s Government Service Delivery at the Department of Finance, a role she held for two-and-a-half years.

– SA’s Department of the Premier and Cabinet is on a recruitment drive to find new technology and digital professionals to support its development of front-line digital services.

More information on the roles can be found at www.iworkfor.sa.gov.au.

Fagg previously served as a member of the board of the Reserve Bank of Australia between 2013 and 2018.

Price said the CSIRO’s newest Chair would “[bring] stability and [maintain] a strong direction” for the agency.

– Six new members will join the Australian Research Council, serving for the next three years while two members from the previous Council have stayed on.

The Advisory Council is tasked with providing the ARC’s Chief Executive with relevant advice and perspective from both research and industry.

The Advisory Council is chaired by the Chief Executive, Professor Sue Thomas.

The new members of the Advisory Council are:

They join members from the previous Advisory Council, Professor Deborah Terry and Mark McKenzie, who have signed on for a second term.

–  Michael Coutts-Trotter has been appointed Secretary of the NSW Department of Premier and Cabinet (DPC).

Coutts-Trotter replaces outgoing DPC Secretary Tim Reardon who served in the role since 2017.

Current Secretary of the Department of Planning, Industry and Environment, Jim Betts was set to take on the role before newly appointed Dominic Perrottet announced a change of direction.

Jarrett most recently served as Acting Chief Executive and Executive Director of Investment Services at the agency.

–  Australian Radioactive Waste Agency (ARWA) has appointed Sam Usher as the agency’s first Chief Executive. He will be based in the agency’s headquarters in Adelaide, commencing in January 2022.

Usher brings to the role nearly three decades of experience in radioactive waste management and leadership.

–  The Australian Energy Infrastructure Commissioner has reappointed Andrew Dyer for another four-year term.

Dyer was first appointed as the National Wind Farm Commissioner in 2015. In March 2021, the role was expanded and re-named the Australian Energy Infrastructure Commissioner. The role’s additional responsibilities include helping to address community concerns about the design, planning, construction and operations of new large scale transmission projects.

He will serve a three-year term on the core governance body of the global group.

Speaking to iTnews, a spokesperson said Thiele had “made a significant contribution to the organisation’s cyber security position, culture and capability” during his time at the transport agency.

TfNSW a recruitment process is currently underway to find a replacement.

–  Revenue NSW’s Chief Digital Officer Kathleen Mackay has announced she will step down from the role.

Mackay served a total of three-and-a-half years at the state tax collection agency, with the last year as CDO. Her first role at the agency was as Strategy and Transformation Executive Director before serving as Executive Director of Customer Service (Fines and Debt).

“After an incredibly fulfilling career at Revenue NSW, it is time to say farewell to my wonderful colleagues,” she wrote on her LinkedIn page.

“I joined in 2018 and we have accelerated the customer and digital transformations and delivered a tremendous uplift in services, culture, technology and internal operations.”

The departure of White, who served five years in the role, ushered in a major re-design of the director of technology services position.

White has since taken up a role as Project Director within fellow NSW regional university Charles Sturt University.

Naomi Downs has been appointed acting director of technology services at SCU in the interim.

“It has been an honour and privilege to lead Infrastructure Victoria in contributing to robust policy decisions and a better future for all Victorians,” Masson said.

“I am immensely proud of the talented and passionate team at Infrastructure Victoria who have continuously demonstrated the value of independent, transparent, evidence-based advice.”

Masson will step down as Chief Executive today, with the Vic Government to commencing recruit a new chief executive.

– Energy Security Board Chair Dr Kerry Schott AO has announced he will step down after leading the board for four years.

Industry, Energy and Emissions Reduction Minister Angus Taylor paid tribute Schott, praising his headship of the ESB as “a trusted source of advice and support for federal, state and territory energy ministers as they worked on reforms for the post-2025 electricity market”.

“Dr Schott has been an excellent leader who has shaped the project to reform our electricity market to make sure it can continue to deliver secure, reliable and affordable electricity across the country beyond 2025,” Taylor said.

Telecommunications Industry Ombudsman Judi Jones has resigned and will be departing the organisation in March next year. Her departure will see her return home to New Zealand to spend more time with her family.