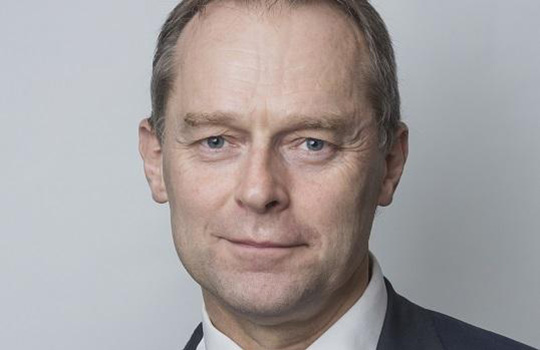 “Unlike the retail, travel, and even banking sectors, we don’t pick and choose our customers. We have to develop, and resource, digital services while maintaining the ‘traditional’ channels for those who choose not to try the digital offering.”

FST Government: Take us through some the tangible progress that’s been made in implementing Ireland’s eGovernment strategy over the last 18 months. What, ultimately, does success look to you for Ireland’s digital government?

Lowry: Success, in simple terms, is our citizens being able to carry out any government transaction digitally at the time and place and using the device of their choosing. But we don’t just want availability of services – we want uptake; in other words, people to prefer to transact digitally with us. And so our digital ambition is underpinned with associated principles around consistent, intuitive customer experience, only collecting data once etc.

Progress in the last 18 months or so has been very pleasing. For example, we now have a single access portal in place (gov.ie) with over half our departments onboarded; uptake of digital government is growing; we have legislation in place to underpin more data sharing and a data strategy agreed by Government on how we completely change how our data is managed. We have also developed a ‘build to share’ approach to corporate systems and infrastructure which is substantially reducing the cost of ‘back-office’ ICT.

FST Government: What unique challenges (bureaucratic, cultural or otherwise) present within Ireland’s public sector do you feel have impeded the digitisation initiatives within government? How have you sought to overcome the pitfalls and pratfalls that often befall transformation initiatives?

Lowry: I think many of our challenges will resonate with your government readers. First, unlike the retail, travel, and even banking sectors, we don’t pick and choose our customers. We have to develop, and resource, digital services while maintaining the ‘traditional’ channels for those who choose not to try the digital offering. Second, we have a lot of legacy systems and cannot simply throw them away and start again, so the challenge is always about evolution; thirdly, we recognise that digital threatens certain types of work and Government, unlike other sectors, must manage this. And, of course, the threatened jobs are not just internal but external (e.g. in the postal service), so this must be carefully managed. Finally, in government, we are fighting for resource and Ministerial time with many other pressing priorities. In Ireland, these would be housing, health, and BREXIT.

Being realistic about such challenges is the basis for tackling them. We have learned to be really focused on what can reasonably be achieved and then build on success – our motto in OGCIO is “we must earn the right to ask for more”. For example, we cannot throw out legacy systems and simply replace them, so we have learned how to evolve them and interface with them as best we can, e.g. by using robotic process automation.
FST Government: Who or what is your ideal model for Ireland’s digital government? And, further, what lessons can be learned from platform-focused innovators in industry (Uber, Google, Airbnb etc.) in building a truly citizen-centric, and accessible, digital government?

Lowry: We have very good relations with our EU neighbours and share a lot of ideas with them. Denmark and Estonia are particularly successful in eGovernment and we would meet with them regularly. We also coined the phrase “how would Amazon do Government?” and have used that thinking in the development of our Strategy roadmap; for example, our plans to use citizen data to proactively inform them of their entitlements.

FST Government: How have you sought to overcome the digital learning curve individuals face when engaging with eGovernment services, ensuring equitable access for all citizens?

Lowry: I guess, like many countries, we have those who embrace digital and want more and those who are nervous about it. For example, when our new National Childcare scheme launched before Christmas, it was launched as a digital service, with the manual service to come later. This reflected the confidence that a strong majority of applicants would want to apply online. However, we also recognise that if we are to achieve our ambition of 90 per cent of Government services consumed digitally by the end of 2023, then we need to do more training and make more technology available to those citizens who do not routinely use ICT at home. We have initiatives underway with the libraries and An Post (Ireland’s national post service) to do this.

FST Government: Ireland’s Disruptive Technologies Innovation Fund was established to ready government and industry for the next generation of tech innovations, including robotics, AI, and virtual reality. How has this program helped to speed technology adoption and inspire innovative thinking in the public sector?

Lowry: The fund recognises that Ireland is a hot-bed of innovative ideas, which actually was borne out in the first tranche of successful applications alone, receiving a combined €75 million in support to develop ideas as diverse as lasers for the future, a cooperative energy trading platform, the future beyond food labelling, smart cardio, automated AI systems, and blockchain in the technology supply chain. Our challenge is turning innovation from the start-up/small business level to something bigger and more sustainable. We are therefore working with Enterprise Ireland and other stakeholders to develop a GovTech eco-system whereby Government can more rapidly deploy some of its most innovative companies to solve particular problems, thus enabling them to attract more investment and talent.

FST Government: AI has been hyped as a once-in-a-generation transformative technology for government and industry (and stands as a key priority within the Disruptive Technologies Innovation Fund). How is the Government of Ireland leveraging AI to improve operations and service delivery?

Lowry: To date, most focus has been on robotic process automation, e.g. the use of ‘robots’ to take data from a digital front-end and put it into legacy systems of record without human intervention. However, on the AI front, we are working with an Irish start-up to see how we might use AI and voice recognition to facilitate digital government services to those with visual, learning or language difficulties. This, of course, brings home the reality that many Government processes are hugely complex. Nonetheless, we see huge opportunities in perseverance. Outside central Government, we are very proud that our locally developed robot, Stevie, is demonstrating how AI can transform healthcare by supplementing the available human skills and resources (https://stevietherobot.com/). We are also doing some wonderful AI stuff in the area of nutritional research (see https://www.nuritas.com/).

FST Government: Ireland has been one Europe’s foremost leaders in open data provisioning, with the country’s Open Data Portal providing access for the reuse and redistribution of more than 5,000 datasets held by public agencies. What inspired this open approach and how do you feel it has (or will) improve the workings of Ireland’s Government?

Lowry: There is a general recognition that the full benefits of the data ‘holdings’ within Government will not be realised by Government acting alone. Therefore, to make it available to academia, small business etc. is the right thing to do given that this data is effectively a State asset. And, so, we set up an Open Data Governance Board a few years ago, which had a mix of public, private, and academic members committed to developing an Open Data ecosystem for the benefit of all stakeholders within the State. This approach has not only led to the outcomes that you have described but also Ireland being recognised as the most mature European country for Open Data for three successive years.

FST Government: Over your four years as Ireland’s GCIO, what do you rate as the standout digital government innovation implemented or developed in this time?

Lowry: I think that the changes in Ireland that have been most beneficial have actually been cultural rather than technically enabled. Our attitude to the sharing of data, the adoption of a single E-ID, the growth of shared services and the launch of IT professionalisation have all been huge steps in our improvement journey as a digital government. In terms of technical innovation, we are really starting to see serious cloud adoption (both public and private) and the early signs of how much of a game-changer AI will be to government.

FST Government: Who do you look to as your most inspiring tech leader and how has their insight shaped your leadership?

Lowry: You most likely won’t have heard of my most inspiring tech leader. Her name is Jenny Johnston – she was my first manager and she taught me the importance of empathy and that a good leader can help everyone perform beyond their own perceived potential. Jenny not only impacted on my willingness to learn, my personal commitment to continuous education, and my leadership style, but also my determination to create ICT Apprenticeship schemes, first in Northern Ireland and then in the Republic of Ireland. 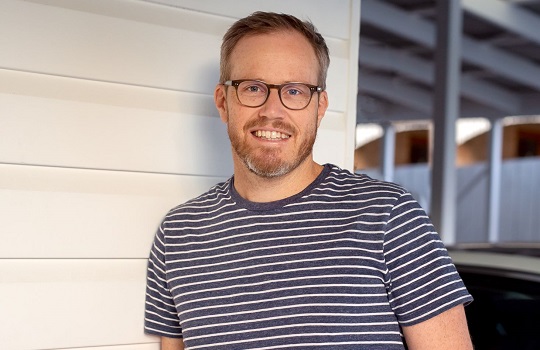 All in one, and one for all: Revolut Australia CEO Matt Baxby on the fintech’s Covid response & launch of its killer ‘Super App’ 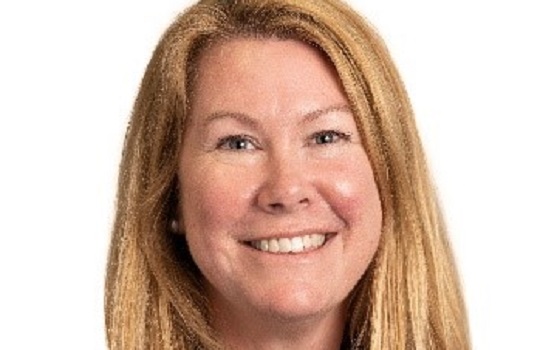 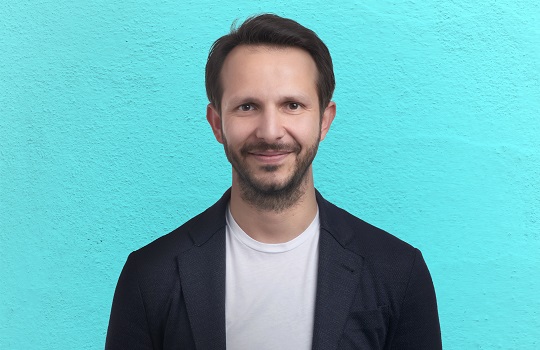 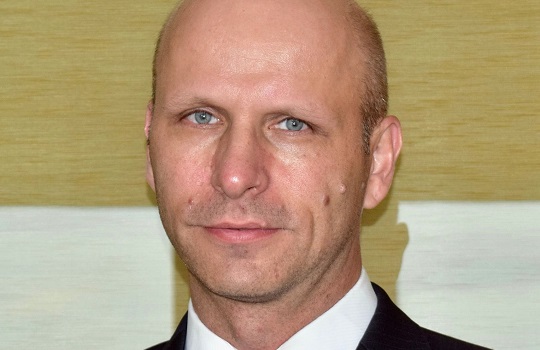 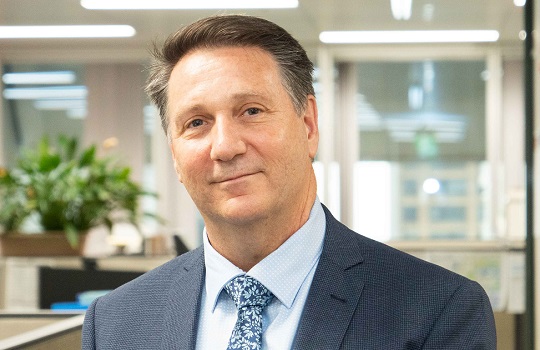 ‘Nothing like a crisis to drive innovation’ – Chris Fechner, CCDO, Queensland Government