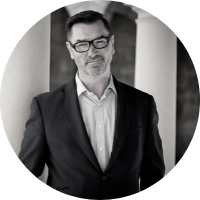 The University of Western Australia

An experienced information, telecommunications and technology professional with over 30 years’ experience, Warwick has previously held senior IT leadership roles in a number of industry verticals such as mining, (most notably as the CIO of South32) and telecommunications, living and working in New Zealand, Australia, the Netherlands, Canada and a further twenty countries across the globe. He is a current member of the Australian Institute of Company Directors

Since joining the Higher Education sector, Warwick has immersed himself in the activities of The Council of Australasian University Directors of Information Technology (CAUDIT) becoming an Executive Member then being appointed the Vice-President and now the President. In addition, he brought the WA universities together to offer to host the next THETA conference and has actively promoted further collaboration between the WA based universities as well as between the Go8.