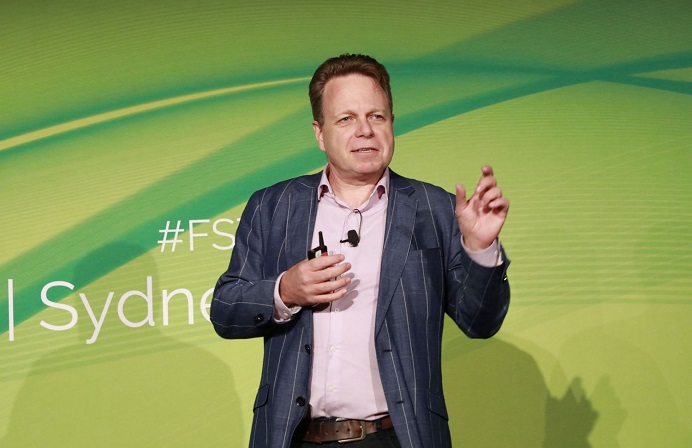 Speaking at the Future of Financial Services, Sydney 2022 event, Hogarth said ANZ will enable its engineers’ to progress their careers and seniority based on the level of “mastery” of their discipline – i.e. their growing capability and skillsets as programmers and technologists – without the need to take on direct management of staff.

“We no longer expect [our engineers] to progress through a position of increased management responsibilities, but instead an increased level of mastery,” Hogarth said.

“Our career path for engineers means that when they get to the top of that level, and if they join the executive ranks, they won’t be put into a position where they have to necessarily manage people.”

ANZ will break up its engineering career model into eight new job families, Hogarth said, with seven different levels based on the capability and skillsets of their software developers.

While the bank will still provide its “distinguished engineers” opportunities to take on more management responsibilities, Hogarth confirmed, ANZ will move to enable its senior engineers to lead teams – “to educate and uplift people” – without having to deal with “day-to-day administrative responsibilities and oversight”.

“We’ve got this wonderful set of values that we’ll instil as part of this where people at the beginning of their engineering journey come to ANZ to learn, and people at the mid-point or beyond will be at ANZ to teach.

“This collective, shared knowledge is something I’m really passionate about.”

The move is a conscious recognition by ANZ of software developers’ demands – beyond remunerative concerns – to recognise and appreciate engineering skills mastery.

The move completely upends the traditional career progression path for the banking staff, where increasing seniority has inexorably been tied to increasing management duties.

“This structural management and promotional style – of command and control – the ability to build up your career through building up larger and larger teams is very important in a traditional banking organisational structure, but it’s not necessarily the path that engineers want.”

As demand for engineers increases substantially across all digital industries, and as engineers’ career opportunities and remuneration further expand as a result, Hogarth further stressed the importance of building an “engineering-centric culture” within all major banks – one that recognises their importance to the institution’s future development.

“If a bank treats engineering as a second-class function, something that’s not vital to part of the mission, then they won’t enjoy a strong engineering culture. That, I believe, will start to create market problems.”

Engineers the ‘new frontline’ in banking

“Stitching all of these technologies together at a bank is an A-Grade responsibility.”

In other companies where revenue is derived from advertising, the risks aren’t so acute. For us [in financial services], that can be criminal.”

“It is [therefore] vital that we impress upon engineers that it’s so vital to the mission of the bank to get the very best engineering outcomes.”

While it has become increasingly common to regard the modern bank as an ‘engineering firm with a banking licence’, for Hogarth, this view is as misleading as it is reductive. Ultimately, it undersells engineers’ responsibility to uphold banks’ “core mission” as responsible service providers.

“This [idea] is just so offensive, because fundamentally we’re a bank that uses software to compete.

“As part of that, we expect all our engineers to deeply buy into this mission as part of their role. Checks and balances matter inside a large bank. Standards matter.

“That is something we’re really bedding down all the time to make sure that there is a way you do engineering at ANZ.”