Get over your ‘fear’ of partnering – even at the risk of failure: O’Malley, AMP 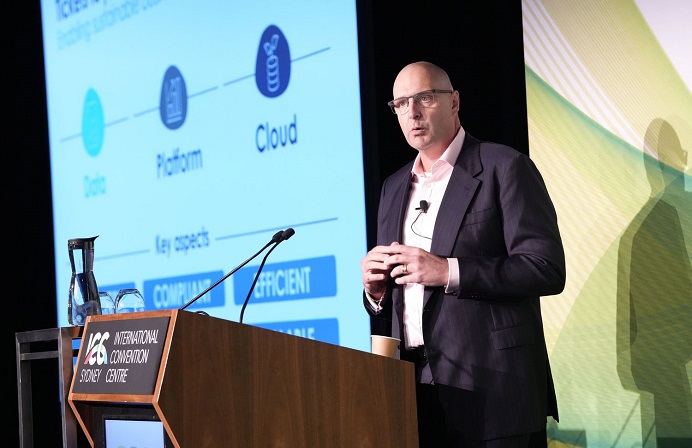 Head of AMP Bank, Sean O’Malley, has called on Australia’s financial services organisations to adopt a more “partner-friendly” and “partner-capable” approach to innovation, arguing that the risk of a failed partnership is worth it to reap the rewards of a successful collaboration.

“That capability, internally, to be both partner-friendly and partner-capable is essential – and it’s a capability I’d say many banks haven’t had historically,” O’Malley said.

Headlining day two of the Future of Financial Services 2022 conference in Sydney, AMP’s banking chief said he was “absolutely passionate” about facilitating and nurturing partnerships between the bank and organisations of varying “size, shapes and capabilities”.

A willingness and ability to partner is, he said, a key “competitive differentiator” for incumbent banks – one they should be willing to accept some level of risk to achieve.

However, he recognised a continuing “reluctance” and “in some cases a real fear” among established banks to partner.

“We’ve got to be willing to accept that a lot of those relationships will fail – and that’s okay.”

“I’m a passionate believer that organisations need to partner effectively across their value chain,” O’Malley said, noting that AMP’s partnerships have had a material impact on the growth of its banking arm.

“If you look at organisations that are most successful, there are very few that do it themselves.

“However, [such partnerships] do require you to be brave” – a core value for AMP, he added.

“It requires you to think differently. It’s not easy and it does need to be deliberate.”

However, adopting a ‘your mess for less’ approach to collaboration – that is, outsourcing business problems to partners with the expectation they can be delivered on the cheap – is more than likely to end in disappointment, he said.

“We’ve seen that over the years that’s not the right answer. It’s really about considering what capability [you want] and how that integrates into [your] end-to-end business.”

Moreover, O’Malley cautioned, not everyone in the organisation is necessarily equipped to facilitate productive partnerships.

“Someone… whose job is to run or change existing in-house systems and processes might not be the right capability for someone to manage partners.

“It’s a two-way relationship – one [partner] winning and one losing is not partnering. And it’s a capability that other industries potentially might have stronger capabilities than fin services.”

The recent launch of AMP’s digital home loans service (which made its public debut less than a month ago), for O’Malley, demonstrates the value that can be reaped from a fruitful bank/fintech partnership.

Working with Aussie digital lending platform developer, Nano, AMP was able to fast-track the development and launch of its digital home loans service (from project initiation to launch in under four months, O’Malley confirmed), creating one of the first rapid-approval digital loans services, one capable of granting ‘full approval’ – and “not just pre-approval or conditional approval” – in under 10 minutes, to be launched by an established Australian bank.

“We moved incredibly quickly via a partner. We went from trying to decide which way to go to actually being in pilot in about 115 days,” O’Malley said.

“If we’d have done that ourselves, internally, we would still be here contemplating that.

“We’re very glad of the decision and the progress we made [partnering with Nano].”

O’Malley did, however, admit that the partnership process “challenged” the bank’s long-standing views on how digital innovation objectives can and should be delivered.

“For us, it did ask us to think differently right across value-chain.”

“Whether the digital home loan is a success or not – and I’m very confident it will be – actually challenging our mindset about how we do things and the speed at which we can move is probably the most important lesson we’ve learnt.

“Certainly it hasn’t been easy, but it’s a great lesson for an organisation to learn.

“Challenging how you do things is vital for us to truly become a digital bank. And we know the speed innovation will only get faster.”