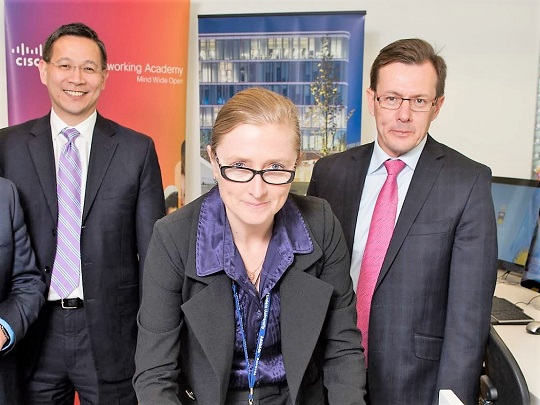 Cisco Academy’s new online program will allow students to comprehend the role networked systems within business and enterprise play as well as how to manage secure network systems.

The partnership will see the establishment of an academy at the university’s Tonsley Park building, in which Cisco staff will provide training to students.

In a statement, Minister Assisting the Prime Minister for Cyber Security, Angus Taylor said the Federal Government rates cybersecurity and cybercrime among “the fastest growing threats to corporations, citizens, and governments globally”.

The Australian Competition and Consumer Commission (ACCC) Scamwatch program found reported business scams were up more than 30 percent in 2016.

According to a 2017 report commissioned by the Australian Computer Society, the average cybercrime committed against an Australian business costs approximately $400,000, inclusive of legal costs, disruption to business processes and clientele loss.

Director of the Flinders Cisco Academy, Dr Anna Shillabeer claims that the focus on cybersecurity “supports the Australian Government’s 2016 Cyber Security Strategy, which is centred on building our national capabilities in cyber threat detection and response and working with businesses to address the shortage of cyber skills in Australia.”

“We are living in an era in which cyber-crime has outpaced traditional crime in some countries,” said Dr Shillabeer.

“The initiatives set out in the agreement will enable us to explore how to create new valuable connections between people, process, data and things that have the potential to lead to job creation and enable South Australia to thrive in the Internet of Everything,” said Boal.