Fed Govt confirms negotiations with US on data exchange agreement 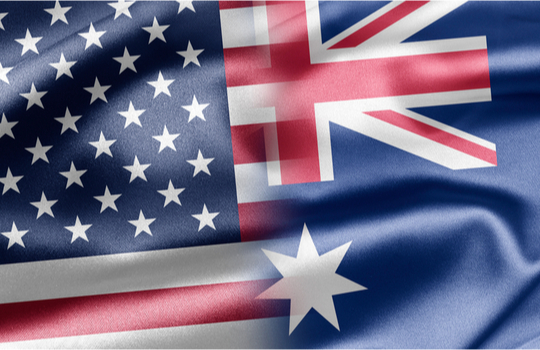 The Australian Government has revealed it has entered into formal negotiations with the US on a bilateral agreement that will expedite data requests made by local law enforcement agencies to US-based businesses.

The Clarifying Lawful Overseas Use of Data (CLOUD) Act, legislated by the US in 2018, gives foreign partners – those the US Federal Government deems to have “robust protections for privacy and civil liberties” – access to electronic data held by US-based corporate entities to support criminal investigations.

Through a CLOUD Act agreement, Australian authorities would be able to make direct requests for data from a US company using local laws, rather than having to go through US authorities and legal strictures, and vice versa.

“[Countries] that enter into CLOUD Act agreements will be able to use familiar domestic legal process to authorize access to data with the assurance that the other party’s law will not be a barrier to compliance with their lawful order,” the CLOUD Act’s FAQ documents state.

“The types of orders that may be issued under the agreement must be mutually agreed with full consideration of the interests of both countries,” it added.

Currently, requests for electronic data based in other jurisdictions are sought through the mutual legal assistance (MLA) process. However, a growing backlog of MLA requests to the US has seen the process hampered by slow response times and inadequate resources to service demand.

The CLOUD Act seeks to address delays in the MLA process by providing a new, more direct route for trusted partner countries to obtain requested data.

Minister for Home Affairs, Peter Dutton, announced the negotiations during a meeting with US Attorney General William Barr on 7 October.

“The CLOUD Act was created to permit our close foreign partners who have robust protections for privacy and civil liberties, such as Australia, to enter into executive agreements with the United States,” said Barr.

“This agreement, if finalised and approved, will allow service providers in Australia and the United States to respond to lawful orders from the other country without fear of running afoul of restrictions on disclosure, and thus provide more access for both countries to providers holding electronic evidence that is crucial in today’s investigations and prosecutions,” Barr said.

“When police are investigating a terrorist plot or serious crime such as child exploitation, they need to be able to move forward without delay, but within the law – and the CLOUD Act strikes exactly that balance.”

Whilst acknowledging there is “some way to go before the agreement is finalised”, Dutton said that securing the agreement would ensure US agencies can respond directly to electronic data requests issued by Australian enforcement agencies “critical for the prevention, detection, investigation and prosecution of serious crime.”

“The Act creates a new paradigm: an efficient, privacy and civil liberties-protective approach to ensure effective access to electronic data through executive agreements between the United States and trusted foreign partners,” the Home Affairs Ministry said in a statement.