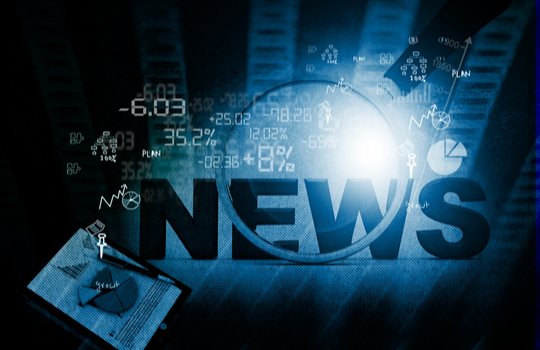 The ACCC announces launch of “IT backbone” for Consumer Data Right and peak body urges appointment of a new Minister for Digital Capability. Tracking the week that was in tech and digital innovation across Australia and New Zealand’s government sector.

The ACCC has announced the launch of the Consumer Data Right (CDR) Register and Accreditation Application Platform (RAAP), considered the “IT backbone” of the new data-sharing mandate. Open banking, the first cab off the rank for the CDR, will launch on 1 July this year.

The Australian Information Industry Association (AIIA), a peak body, has urged the Federal Government to appoint a Minister for Digital Capability, a critical role it said should sit within Cabinet. It stressed that such a role, which would be similar to one that existed under the Turnbull Government, “would prove to be effective in both industry engagement and policy prosecution across and inside government”.

The Digital Transformation Agency (DTA) has delayed its planned replacement of its long-serving Cloud Services Panel, used by cloud vendors to tender their services to government, with the new Cloud Marketplace now set to launch in early 2021.

The CSIRO has announced $4 program to build the “world’s largest satellite herd-tracking program” to monitor feral cattle, in real-time, across northern Australia.

Google and Apple have jointly released their Covid-19 contact tracing API. So far, 23 countries have requested and received access to the API, including Australia’s DTA and Department of Health. Software experts have warned that Australia’s COVIDSafe app would require substantial changes to conform to the new API. A team from Switzerland has announced it has become the first to launch an app (named SwissCovid) incorporating the tech giants’ jointly built API.

Researchers from Monash, Swinburne and RMIT universities have claimed to have successfully tested and recorded the world’s fastest internet data speed. The group reported speeds of up to 44.2Tbps using a single optical chip known as ‘micro-comb’.

The ACCC’s latest quarterly Wholesale Market Indicators Report has revealed that more than seven million Australian consumers are now connected to the NBN after the activation of 455,000 new services since March 31 this year. NBN bandwidth per user also reportedly jumped by 31 per cent over the March quarter, following NBN Co’s network capacity boost during the Covid lockdown period.

As a result of surging demand from Covid lockdowns, the watchdog’s monthly Measuring Broadband Australia report revealed average download speeds on NBN Co’s 50 Mbps and 100 Mbps speed tiers dropped by 14 per cent and 23 per cent respectively between February to April 2020 – the height of the self-isolation period.

The Federal Government has announced it will conduct a review of Australia’s intellectual property system in an effort to boost SME activity. The move is part of broader efforts by the Government to overhaul Australia’s intellectual property framework, including development of a new SME case management service, an SME fast track service, and an online portal.

Services Australia has revealed that more than 1.2 million people have enrolled with a ‘voiceprint’ to access government services. The agency, which is responsible for Centrelink and Child Support, said an “increasing number” of users were enrolling following improvements to its voice biometric authentication function.

The Digital Transformation Agency (DTA) has announced it has fixed an outstanding security issue within the COVIDSafe app that may have exposed Android device names over Bluetooth.

The Department of Industry, Science, Energy, and Resources is developing a national Technology Investment Roadmap to drive investment in low emissions technologies. Submissions will be accepted until 21 June 2020.

The University of South Australia and the University of Wollongong have teamed with the Department of Defence to drive research efforts in AI and analytics in an effort to advance development of autonomous systems.

Quantum computing could contribute upwards of $2.5 billion to the economy each year, a new CSIRO report reveals. The report, Growing Australia’s Quantum Technology Industry, outlines roadmaps for quantum development and commercialisation opportunities, including support for ‘deep-tech’ entrepreneurship and accelerator programs.

The NZ Ministry of Business, Innovation and Employment has awarded an $888,000 contract to Kiwi start-up Vaccine Corporation to commence development of a Covid-19 vaccine. The company hopes to complete its first human trials by the end of 2021. Overall, the Government has allocated $37 million to the COVID-19 vaccine strategy.

The Queenstown Lakes District Council is expanding its frontline and remote services under a contract awarded to ERP provider TechnologyOne.

The New Zealander Government has introduced a new bill to curtail the spread of extremist content online, giving the country’s Chief Censor powers to expedite public notices of ‘objectionable’ online material and making livestreaming of such content a criminal offence.