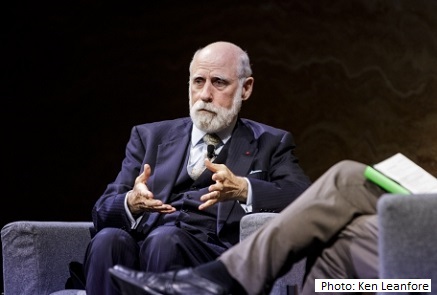 ‘Founding father’ of the internet and Google luminary, Vint Cerf, has augured an uncertain future for our digital landmarks, believing the data we create today could become the digital ruins of tomorrow – rendering invaluable data assets lost to future generations.

“We have a big problem – I call it the digital dark age – in that we don’t curate our digital content with much care until we realise it’s too late,” Cerf said.

“I’m a big fan of trying to create and preserve data, to assure ourselves that digital content can be moved from one medium to another – that we are able to preserve software. Creating a sophisticated regime for curating, preserving and accessing our data is just as important as preserving the original bits of data.”

Cerf also warned of the ongoing challenges posed by opponents to net neutrality – the principle that all internet traffic must be treated equally by internet service providers regardless of its source.

Alongside Bob Kahn, Cerf is the co-developer of the TCP/IP protocol – the internet’s underlying communications language. Since 2005, Cerf assumed the role of Chief Internet Evangelist at internet giant Google, promoting the company’s various online and technological ventures.

Vint Cerf will be a featured guest presenter at FST Government’s 2018 New Zealand conference on 12 September. Register now to secure your place!