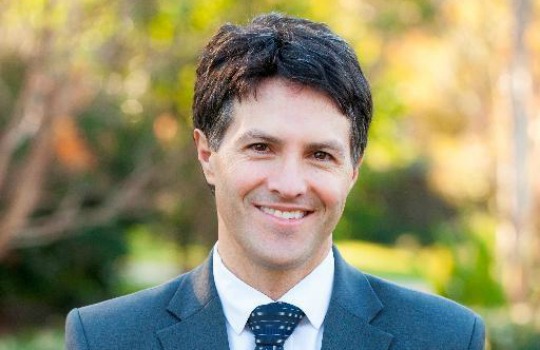 NSW Minister for Innovation and Regulation, Victor Dominello, outlines the future of digital government during a one-on-one interview with FST Government.

For a former lawyer that relies heavily on tightly-scripted metaphors, Minister Victor Dominello broaches no “ifs and buts” around creating a digitally-savvy government. As a key architect of NSW’s Digital + 2016 strategy, Dominello says digital needs to be part of our DNA or psyche.

The journey into a digital domain is marked by the “5Ds.” These incorporate data, digitisation, direct access, display and dissecting the data in real-time to make informed policy decisions. The first step was to get the data initiatives bedded down. “This year, it’s going to be digital.”

The challenge is to leverage big data more efficiently, while ensuring the right information is utilised across government, industry or education. Data-sharing tools help dissect the pool of knowledge, in an open, tech-savvy and forward-thinking environment.

In the fifth dimension

“These are the 5Ds that I am really focusing on. The first was about data, and we needed to get a better handle on that. The second is around digitisation. Thirdly, it’s to do with direct access to information. The fourth is around displaying the data, so that us, simply human beings, can visualise the data.”

Rounding off the Ds, the next ingredient is dissecting this data, directly from a desktop, dashboard, or mobile device. Embracing digital services across government will be “truly transformational,” adds Dominello. But re-setting the dial around big data and digitisation was never a painless journey.

Last year, the administration launched its high-profile Data Analytics Centre (DAC). “This centre was priority number one for us. But we’re not pouring a whole lot of money into this centre, for it to just explode like a dotcom. We want this centre to be there for the long term.”

The DAC is headed by a leading data analytics expert, Dr Ian Oppermann. With this initiative, there was some resistance around sharing timely and relevant information, and demarcation lines around who owned which piece of the puzzle. Moreover, being transparent raised some red flags around accountability in the public sector.

Breaking down the silos

To tackle the traditional resistance, or a silo-mentality, NSW passed legislation last year. This requires departments to share clearly-defined information inside a mandated time-frame. Before the reforms, as Dominello recalls: “Even when the Premier asked for data through a memo, the response was: ‘oh sure, here you go. But it will take about 6 months, and sign an MOU. I will need to get my lawyers to check this.’ By the time you get the information, the issue you’re trying to resolve is getting crusty. So we had to legislate, to show the bureaucracy that we’re deadly serious.”

This state’s data-sharing reform fast-tracks the exchange of government sector data with the DAC, and between other government sector agencies. With the executive and legislative muscle, there are “no ifs and buts, you’ve got 14 days. Hopefully, we will never have to use the legislation. The aim is to focus on a shift in culture, instead.”

Privacy and information security safeguards are built in involving the sharing of data. These incorporate the keeping of citizen records, public sector data, or the broader service delivery information.

Under new arrangements, departments or agencies have a 14-day turnaround to share information, where requested at the ministerial, policy or inter-departmental levels.

Decisions in the dark

“At the moment, governments tend to make big policy decisions, often with very limited data,” Dominello observes. “And when they do it, they often make decisions in the dark. When you think of government spending billions of billions of dollars in relation to very complex social policy areas, the fact that we have a paucity of data is frightening.

“That’s why we need to get the job done. If it’s an urgent thing, we can leverage the legislation to give us the muscle, or legislative mandate,“ notes Dominello. “There’re not many places in the world with that kind of legislative support.”

The push for open data is marked by the ability to view information, as and when needed. “In construction, for example, what I want on my screen, by end of the year, is a snapshot or pulse if you will, of every certifier that is certifying a building. They will use a portal to share this; it’s got 30 buildings, a pool; water-proofing, or asbestos. These are some key indicators.

“I will see it like a line going up and down, and say, ‘gee there are 30 certifiers today.’ And I can track that against the historical norm, and say, ‘this a good bell-weather of our economy or that construction is going well.’ If I want to get that digital utopia by end of the year, I need to design the policy setting now, so I can get the legislation that will require that to happen,” adds Dominello.

The focus is to also streamline service delivery. “For example, there’re 47,000 fire alarms each year. Of these, 97 per cent are false alarms. So, we need analytics to establish which ones are false, and ones that’re real. It’s about gaining better efficiencies with our resources.”

Each new policy area now reinforces the push for data and digitisation. “These need to be part of the core design, be this for compulsory third party insurance, bio-fuels, or other sectors.” The challenge is to prepare for the future, in the here and now. “After the policy is implemented, and after the legislation is done, then you say, ‘we want to get some data around this, or we want digitisation around that.’ That’s too hard; you need to do this from the beginning.”

On its digital journey, the administration is reviewing the budget allocations, firstly for cluster agencies. “Every agency will have a line item in terms of their ICT and how they evolve in the digital world. “I am going to be looking very closely at that, and devise an engine inside government that enables me to have more visibility. This is firstly for agencies within my cluster. After we get our house in order, I want to start working with the other agencies, for example, transport or health that already has some great initiatives.”

Using the “5D” principle, the administration’s full-scale digital migration is rather more complex. “The first flag that agencies raise is the cost. But then, you say: ‘what is the opportunity cost of not doing it?’”

He observes that: “in their own data silos, sure, they can probably do the numbers and say this will cost us X and the return is Y.’ But when you get all the data together, there are numerous efficiencies that we don’t even understand yet. We can’t see that because we’re not seizing the moment, and that is the challenge. The biggest frustration I get is we need to make the big decisions around policy and finance. The community trusts us to do that, we need access to the best-available information.”

The analogy is around precision insights in medicine. “After all, would you rely on an X-ray that’s a year old when doing brain surgery? The same precision is needed around complex policy decisions. The community wants and expects this.”

The long-term vision is to be bold, rather than just tinkering around the edges. “This is about communicating the value, focusing on the benchmarks and measuring the outcomes.”

Track the NSW government’s ICT roadmap: More posts about government or digital strategies and sharing economy at these dedicated sites.