NZ leads the world in procurement, with Australia praised for crisis management capability 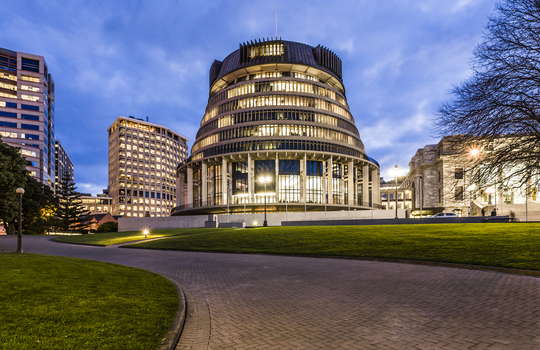 The global index, compiled by the University of Oxford’s Blavatnik School of Government, assessed 38 countries – mostly from within the OECD – based on a range of public service performance metrics, including digital services delivery, regulation, tax administration, and policymaking.

New Zealand’s public agencies were praised for their advanced e-procurement functions as well as their progressive and inclusive policies “that enable small and medium-sized enterprises to take part in central government procurement”.

The result “suggests that New Zealand has positive lessons to share with other countries who wish to improve in these areas,” the report said.

Procurement indicator scores for the top three countries – New Zealand, Denmark and the UK – were significantly ahead of the next highest countries, revealing a clear gulf between the best and the rest.

Australia rounded out the top 10 countries in procurement, behind the UK, Israel, France and Canada but ahead of Japan and the US, who placed 14th and 15th respectively. Romania was ranked at the bottom, alongside fellow EU nations Germany, Poland, Portugal, and Slovenia.

Beyond procurement, New Zealand took out top spot in measures of ‘capability’ – which assessed the “skills mix” within public sector agencies – and ‘integrity’ – measuring levels of impartially, fairness, and quality of service delivered to both citizens and ministers, which was singled out in the report as “standing out from the rest of the table”.

“New Zealand’s capabilities ranking reflects very strong scores for many of the metrics,” the report said. “This includes achieving maximum scores for the metrics assessing the extent of IT and influencing skills in the workplace. Scores for the job related learning metric are very strong as well.”

On the InCiSE average benchmark across all civil service capabilities, New Zealand ranked an admirable second (scoring 9.8), trailing only the UK (which scored 10 – the highest possible rating).

The one blight on NZ’s record was in tax administration, where it placed 19th overall; Australia, with it fairly well-progressed e-tax infrastructure (myTax), ranked ten places higher at ninth. This metric assessed overall efficiency of tax collection, user-focused design in services, as well as the extent and the quality of digital provision.

Australia, though taking out fifth spot in the overall InCiSE rankings, lagged behind its trans-Tasman neighbour in nearly all key indicators. The report, however, did single out Australia’s crisis and risk management capabilities, where it ranked fifth overall.

Curiously, both Australia and New Zealand were positioned just above the OECD average for the provision of digital services, ranking 15th and 18th respectively. Unsurprising, e-Gov powerhouse Estonia took top spot, ahead of Denmark and Latvia. However, it should be noted that the European Commission’s E-Government Benchmark Report was the sole data source for InCiSE’s digital services rating.

NZ Government agencies spend approximately $41 billion each year buying goods and services from third-party suppliers and providers, accounting for around 18 per cent of New Zealand’s GDP.

The Government has hardly sat on its laurels, recently undertaking a full review of its procurement rules. Among a number of key objectives of the review include a push to increase business access to government procurements, as well as an increase in the size and skill level of the domestic construction sector workforce in these procurements, and a provision for equitable access for “targeted groups”.

While it hopes its InCiSE index “aspires progressively to become a comprehensive, comparative measure of civil service performance”, the School acknowledged it is “not there yet”, owing to the limitations of its dataset for the index. Currently, the School relies overwhelmingly on OECD research papers to source its data.

However, despite some patchy reporting from states, the ability to compare key performance metrics against comparable economies and political structures offers a practical benchmark for governments to learn and facilitate change, it said.

“An effective civil service can play an important role in determining a country’s progress and prosperity, and the InCiSE Index’s core objective is to help countries determine how their central civil services are performing, and to learn from each other.”