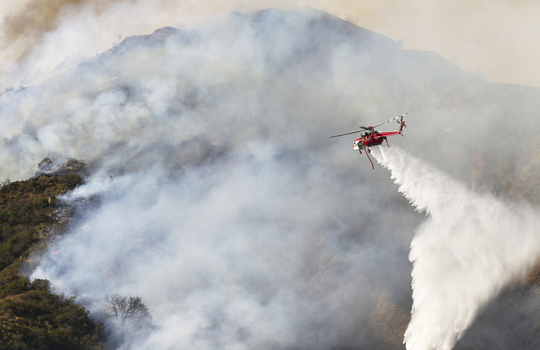 The Western Australian Government has revealed the latest weapon in its emergency response arsenal, launching a new aerial mapping jet capable of crossing the length of the state in less than three hours.

Equipped with a state-of-the-art Linescanner camera, the new jet – supplied by Canadian-owned aircraft manufacturer Learjet – can map large-scale areas of current emergencies, including regions devastated by fires and floods.

The technology is particularly useful for tracking active bushfires across the state, with the high-tech camera capable of peering through smoke and cloud cover and delivering intelligence reports in near-real time.

“The Learjet’s ability to quickly reach inaccessible parts of the State and send back data about a bushfire or flood almost in real-time is an incredible asset in a vast State like ours,” said WA Emergency Services Minister Francis Logan.

With the technology, ground crews and emergency response teams will be able to pinpoint active bushfire hotspots – an invaluable assitance for those coordinating aerial and land-based firefighting efforts.

Flying at between 15,000 and 27,000 feet, the Linescanner can map “large disaster areas even in low-visibility conditions such as in heavy cloud and smoke and at night … [in] 15 minutes”, Logan said.

The system works in tandem with satellite-based mapping systems, which typically have difficulty penetrating cloud and smoke cover.

The Linescanner camera can also accurately plot a fire’s position, showing the intensity of active fire fronts and information on areas that have already been burnt out, Logan said.

Both scanner and Learjet have been contracted by the WA Government for an initial 90-day, $750,000 trial with State funding and Federal Government investment through the National Aerial Firefighting Centre.

The jet has already seen active service this summer, assisting with firefighting efforts in the Goldfields and Great Southern regions.