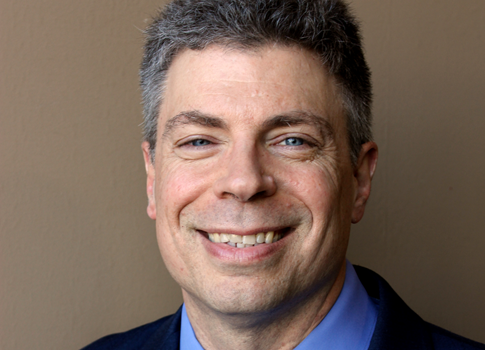 Four years ago, IBM launched ‘Watson’, the result of a decade-long research project, which has the capacity understand ‘natural language’, and an unprecedented capacity to read and ‘digest’ electronic documents.

To prove these claims, IBM arranged a tournament of “Jeopardy”. With Jeopardy’s inverted answer-question format, IBM tested the limits of Watson’s natural language abilities. In a final show of strength, IBM challenged the two greatest human contestants (neither of whom had ever been defeated) to play against Watson in a live broadcast event. If Watson failed, it would do so publicly and spectacularly. In fact, Watson demolished its human competitors.

Immediately after that triumph, IBM sent Watson to medical school. In some very significant ways, Watson’s capabilities far surpass those of any doctor. Fully cognizant of tens of thousands of experimental trials for every treatment-resistant form of cancer, Watson can recommend those trials when conventional treatments fail. No matter how conscientious, no doctor could ever stay on top of that continuously evolving body of knowledge. Watson does it effortlessly.

But it also means that any mistakes Watson makes will be replicated just as broadly. So would it be the doctor who is guilty of malpractice, or Watson, the quiet voice whispering in the doctor’s ear? Where does the liability lie? How are these companies indemnified and insured against decisions these artificial intelligences make thousands of times faster than any human can track?

We may have one answer this year, but in a decade’s time – when artificial intelligences have become pervasive and unavoidable – we could have a different one.

Medicine is far from the only area where connectivity will begin to affect how we assess risk. As the cost to connect things drops, more of the world is becoming connected. We are entering an era of an ‘Internet of Things’, where nearly everything will be connected to a global network of devices.

The connected world brings incredible capacities, but comes hand-in-hand with unprecedented risks. There is no escaping these risks. We can work to mitigate them, to establish standards and testing, but the essential nature of connectivity is that it adds unpredictability. Where connectivity builds flexibility and resilience that can be a great thing, but connected systems often collapse when attacked.

The world of finance is likewise being hit by a wave of innovation greater than anything that has ever come before. Much of this is driven by the smartphone. Furthermore, the advent and adoption of digital currencies such as Bitcoin has proven algorithms can make redundant much of the infrastructure of banking – such as the need for clearinghouses and currency exchanges.

Banking will be transformed by digital currencies, and banks will come to live more on smartphones than in smart steel and glass skyscrapers. But that is just the beginning.

The barriers to creating financial instruments – whether banks or insurers – are dropping precipitously. By the end of this decade a range of smartphone apps will be functionally indistinguishable from banks. Soon after, we will see a generation of smartphone apps that will perform most of the functions of an insurer. These apps will provide insurance at a fraction of the cost, because most of the expensive, slow and human-centered parts will have been engineered out of the process through clever algorithms.

Competing against one another for business, these apps will rapidly improve in service quality, while simultaneously lowering costs to their users. This is already happening, and it is happening fast. Within five years the major players will have launched. Within a decade, they will dominate the industry. Within twenty years, they will be the industry.

The industry’s best chance lies in making broad investments in the technology start-ups seeking to disrupt its business models. If the industry has the risk appetite, it should partner with a fintech accelerator or incubator. It is possible to build the engines of your own disruption, by owning majority stakes in them – if you start today.