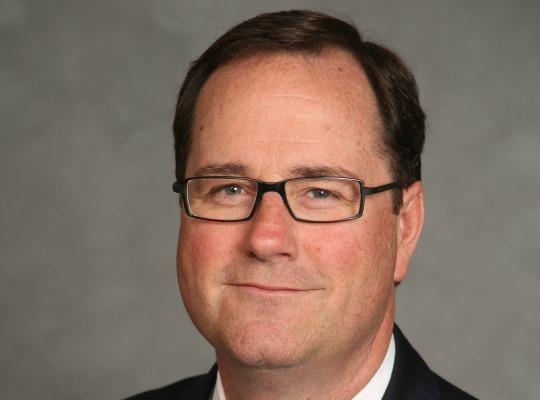 “Globally, around 5.5 million new devices connect to the Internet every day. Every second, more than 205,000 new gigabytes of data are created, which is the equivalent of 150 million books…”

Globally, around 5.5 million new devices connect to the Internet every day. Every second, more than 205,000 new gigabytes of data are created, which is the equivalent of 150 million books.

The sheer amount of information generated each day is creating a new technological revolution. Termed the Internet of Things (IoT) – where any device with an on and off switch can connect to the Internet or to one another – this revolution has huge potential.

While the IoT still presents many unknowns, an AIG survey found that twice as many people were optimistic about its advent rather than fearful. By 2020, more than half of major new business processes will incorporate some element of IoT..

But what does the proliferation of these devices and data mean, and how can companies and individuals capitalise on it?

Making big data work for you

Insurers have collected and used data for years to understand and mitigate risk, but there has never been a more exciting time than today. Connected devices will help insurers know more than we have ever known before, enabling us to mitigate risks relating to health, manufacturing processes, worksites, and more.

Before the IoT, we asked ourselves: how can we monitor a behaviour or process? Now, we wonder if we should measure and track it, and if it is a negative process, how we can mitigate it.

An example is the workplace, which is home to all manner of hazards. Every 15 seconds around the globe, a worker dies of an occupational accident or disease and a further 153 workers are injured.

What if we could use a wearable device to warn workers if they are carrying too much weight, exposed to noxious gases, or standing too close to a dangerous area?

In addition to reducing workplace accidents, the data generated could help businesses understand patterns at their worksites, identify injury hotspots and take steps to make their workers safer. Insurers can use the data to better price risk and adjust premiums accordingly.

AIG is already turning big data into actionable insights through our Client Centric Analytics process.  Identifying that finger, hand and wrist injuries led to global claims of around US$10 million over the past few years, we invested in safety gloves to help our clients avoid the monetary and human cost of these risks.

Closer to home, AIG in Singapore is looking at telematics to create better and cheaper solutions for car insurance customers while improving road safety. A telematics device records information about driving habits, such as distance, speed, and how quickly a driver brakes.

AIG’s road safety survey undertaken last year found that 52 per cent of Singapore drivers would consider installing a telematics device in their car to pay lower auto insurance premiums based on how much they drive. The research also revealed that 77 per cent of drivers believe telematics would change their driving habits for the better, reducing risks on the road and improving community safety.

The use of smart sensors to monitor data not only means that consumers can regulate their own behaviour for the better, but it also allows us to track patterns including high-risk car accident hot spots.

Going a step further to automate our transportation process, a particular area the government is making steady progress in is autonomous vehicles, or driverless cars.

A driverless vehicle takes people out of the equation removing human error, which is said to be the cause of 90 per cent of road accidents, while creating more efficient and environmentally-friendly travel.

It will be a while before driverless vehicles become the norm. In the interim, telematics and 360 degree sensors and cruise control are already available to detect unsafe driving behaviour, and drivers can then take action to reduce human error.

Risk will shift, not disappear

If autonomous technology can effectively think and even act for us, who is to blame when something goes wrong? If personal responsibility is removed from the equation, where does liability lie?

For driverless vehicles, blame is likely shifted to manufacturers, software developers and fleet operators in the event of a system malfunction, hack or terrorist attack. So the risk will not disappear, but simply shift in an age of IoT.

For insurers and companies this means grappling with new risks such as privacy and cyber breaches, while the power of IoT technology to monitor human actions raises multiple questions of ethics. For example, can a worker be punished because of data collected from an IoT object? What customer information can insurers use to price and underwrite risk? How much responsibility should businesses take for partners and customers in the event of data theft?

Insurers need to confront these questions as they navigate this new space, especially with the rising number of cyber attacks. According to an estimate by McAfee, cyber crime costs businesses around the world US$400 billion every year. This figure is only going to grow, creating a more urgent need for cyber insurance.

Based on what AIG Singapore has observed, less than 10 per cent of Singapore companies currently hold such insurance leaving them vulnerable to cyber attacks and data privacy issues. As a result, we forecast that the number of companies taking up cyber insurance will accelerate to 40 per cent by 2020.

Companies will need to tread the balance – work closely with their insurers to understand their most significant exposures in this new age, but also learn to leverage IoT to make meaning out of big data for their customers.

As the IoT takes hold, it will lead to greater risk, but also great opportunity. Health insurers providing free fitness trackers and lowering premiums to meet daily exercise goals will become the norm. Home insurance companies will incentivise customers to install connected devices to warn of potential dangers, while IoT-based analytics will be used to predict future events such as major weather patterns and natural disasters.

Companies, consumers and insurers can work together to optimise the opportunities brought about by an IoT-enabled ecosystem, not only to mitigate risk, but to prevent accidents from happening in the first place capabilities, sharing skills and getting new perspectives. When it comes to innovation, there’s no doubt that multiple heads are better than one.