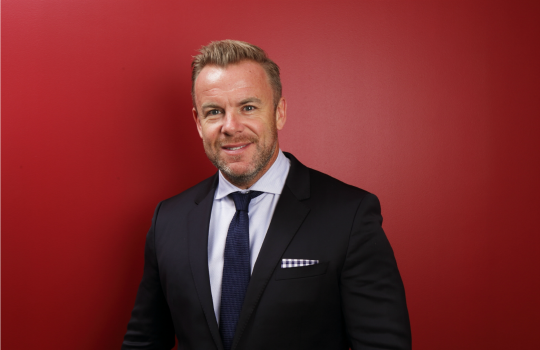 Singapore is gearing up to become the world’s first Smart Nation with the government embarking on initiatives that harness technology to improve lives and build stronger communities. Some of these scientific developments, such as autonomous vehicles, will fundamentally change the way we live by introducing new solutions, but also create new risks.

As we embrace technology that was the stuff of science fiction not so long ago, both companies and consumers need to look at how they can manage the growing cyber, privacy and security threats that come with the likes of autonomous vehicles, drones, and 3D printing.

At AIG, we have looked at how such technological developments will impact the way companies do business and identified the potential insurance risks.

Capable of navigating and reacting to road conditions without human intervention, Google’s driverless cars hit the roads in the United States last year. Many companies are developing their own prototypes, with Nissan, for example, expecting to release commercially-viable autonomous vehicles by 2020.

Closer to home, driverless buggies were tested at the Jurong Lake District last year by the Singapore-MIT Alliance for Research and Technology and National University of Singapore, while the Land Transport Authority is looking at how autonomous vehicles can be used for public transport.

With more than 90 per cent of road accidents said to be caused by human error, driverless cars are expected to improve road safety by removing the human element, but who will bear the risk and cover the cost if accidents occur?

Personal responsibility apportioned to drivers is expected to be reduced, while liability will likely shift to manufacturers, as system malfunctions are likely to become one of the most common causes of accidents.

We also expect to see an increase in cyber risk, as the adoption of Internet-enabled technology is already on the rise in regular vehicles. For example, Fiat Chrysler recently recalled 1.4 million vehicles in the United States after experts found they could remotely turn off the Fiat car’s engine while it is in motion.

Beyond simple car thefts, having vehicles completely operated by software could place them at risk of being targets of cyber attacks. It is even more worrying if the unscrupulous leverage such attacks for extremist purposes.

As autononous vehicles become a reality on our roads in Singapore, car manufacturers, software developers, and fleet operators will need to increase their product liability insurance. Existing cyber insurance products will have to be tweaked to protect the vehicle operators and passengers against the risk of cyber attacks.

Drones or unmanned aerial vehicles have been used in the wake of disasters such as the earthquake in Sabah last year – helping to find survivors, provide humanitarian support, and survey damage.

In 2015, AIG received approval from the Federal Aviation Administration in the United States to replace human inspectors with drones, accelerating inspections for faster claims handling, risk assessment and payments.

However, despite great strides in drone technology, the industry is still in its infancy. The lack of global regulatory standards and scant historical data make it difficult for companies to navigate this new space and address complex liability issues.

The use of drones bring a new array of risks, including third party liability, privacy and security exposures, that conventional insurance policies may not adequately cover.

The largest area of exposure is third party liability arising from a product malfunction or operator error, where rogue drones can potentially cause damage to physical property or bodily injury. In Singapore, more than 20 drone incidents have been reported since April 2014, two of which saw the drones falling on MRT tracks.

Businesses creating or using this emerging technology should take out insurance to cover property or personal injury claims arising from malfunctions, accidents or privacy and security exposures. AIG has developed a suite of insurance solutions for exposures created by drones. Businesses that own drones should consider factors such as how the drones will be operated, pilot training qualifications, and locations the drone is expected to fly in, among others, to determine the cover they need.

From emergency housing, firearms to body parts, 3D printing is ushering in a new era. Offering cheaper, faster and customised product manufacturing, this futuristic technology is changing what can be made and where.

For example, General Electric Aviation will introduce the first 3D-printed aircraft engine parts in 2016, and by 2020 it expects to manufacture 100,000 3D components.

3D technology is also gaining popularity amongst Singaporean companies and researchers, and the government is also keen to use this technology in line with its Smart Nation ambition. In September 2015,

While determining liability in conventional manufacturing is relatively simple, 3D printing reimagines the supply chain and poses challenges in apportioning responsibility if a product malfunctions. Hackers can steal these proprietary blueprints, reproduce the product and sell the counterfeit within a matter of hours, or remotely shut down the printer or corrupt its settings in minutes. This loss of intellectual property can be devastating for a firm’s brand or bottom line, and can even put a company out of business.

Overall, there will be impact on marine cargo policies, product liability, and perhaps even cyber risk as production becomes increasingly digitised.

As the world becomes inevitably more connected with an increased appetite for these smart technologies, it becomes a complex task for insurers to determine the exposures businesses will face, given how these technologies blur the traditional lines of insurance coverage.

Insurers must stay ahead by anticipating the needs of businesses and creating solutions. The insurance workforce will also need to become more “Science-enabled” – that is, having the Science DNA instilled in each worker. For example, we can leverage scientific modelling tools to manage and mitigate risk, and use scientific data and information for evidence-based decision making.

Without question, the future is already here. AIG has a dedicated Science team in the United States, which we are looking to create here in Singapore. Insurers must study the implications of smart technologies, define the risks and tailor solutions for businesses, as Singapore embarks on its journey to become a Smart Nation.