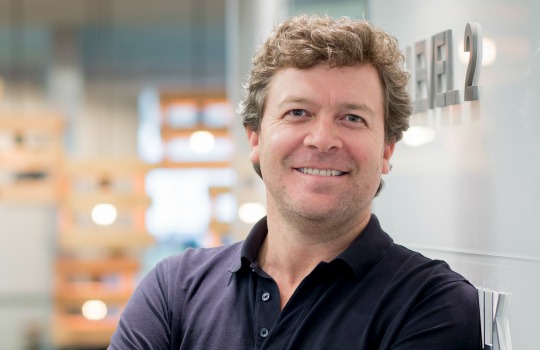 In 1903, Henry Ford’s lawyer, Horace Rackham, was advised by the President of the Michigan Savings Bank against investing in Ford Motor Company. According to the bank chief, “The horse is here to stay but the automobile is only a novelty – a fad.”

Though we might consider such a comment lacking in foresight now that motor vehicles are pervasive to the point of being a pollution concern, history is actually littered with shortsighted predictions such as these ones:

“A rocket will never be able to leave the Earth’s atmosphere.” New York Times, 1936.

“There will never be a bigger plane built.” – A Boeing engineer, after the first flight of the 247, a twin-engine plane that holds ten people.

“This ‘telephone’ has too many shortcomings to be seriously considered as a means of communication. The device is inherently of no value to us.” – A memo at Western Union, 1878

“There is no reason anyone would want a computer in their home.” – Ken Olson, president, chairman and founder of Digital Equipment Corp.

The list goes on, as a result of our limited ability to imagine life extending past the current status quo. It can be hard to imagine what doesn’t exist, or to envisage the widespread adoption of a new product or technology that still feels mostly foreign to us.

It’s a mentality we are also witnessing in the fintech world. New emerging technologies are threatening traditional financial services, but finance experts are still dismissing fintech as a novelty or fad. However, many parts of traditional banking may be going the way of the horse and cart.

Below are several reasons why.

Institutional, sophisticated, and everyday investors have been seeking ways to make a higher return on investment. Because fintech has a unique way of cutting out the middleman, all stakeholders are ostensibly afforded a better solution.

While the low interest rate environment may not last forever, the rapid evolution that will occur while it does last is unlikely to be unwound if rates begin to rise.

Technology is opening multiple opportunities at a time

Technology continues to become ever more powerful in opening up new opportunities.

As an example, risk analysis was previously performed by humans. On small-scale investments and loans, this could be an expensive overhead for a traditional bank. However, fintechs today are able to harness the power of machine learning and complex algorithms to complete many aspects of risk analysis, bringing down overheads, and opening up the possibility of servicing previously under-serviced markets. A great example of this is in the SME finance market, where fintechs are using their leaner, more agile models to provide business finance where banks struggle as a result of their higher costs.

The way society as a whole thinks about money has drastically changed. In the past, the big banks provided comfort, as their size and longstanding incumbency emanated financial security.

However, this “comfort” mentality has been replaced by a greater premium placed on convenience and speed. People want real-time data on their finances, they want flexibility, they want control, and they want it now. Fintech has been able to deliver on many of these fronts, and the finance institutions that don’t will fall quickly behind.

Fintech is providing an ever-widening range of products

Fintech is ubiquitous now, and there is a fintech product that addresses almost every problem.

Are you a business owner low on funding? You could wait for weeks at a bank, or you could seek out a marketplace invoice lender or a crowdfunding solution. Looking for investment advice? You could always ask a bot. Want to manage your finances? There’s an app for that too.

Demand is driving supply, and the result will be a fintech product for almost anything.

The big banks are joining in

As much as they may try to deny it, the investment choices of the major financial players speak volumes. They are realising that fintech is here to stay, and are throwing their weight behind it by investing in innovation programs, or even by buying fintechs outright.

As major banks the world over (grudgingly) join the fintech movement, momentum will do nothing but build.

So the questions might be asked – are you coming along for the ride?