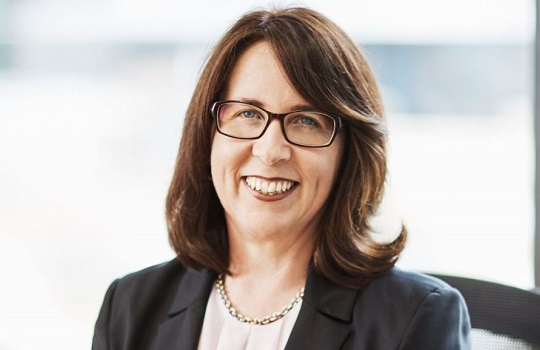 – The Victorian Government has appointed Michael McNamara as inaugural Chief Executive of Digital Victoria. McNamara was poached from the Federal Government’s Services Australia, where he served as Chief Information Officer for two and half years.

Digital Victoria, annnounced late last year and sitting under the state’s Department of Premier and Cabinet, combines a number of existing branches across the Victorian Government, including the Centre for Data Insights, the Cyber Security unit, strategy and transformation, and the Digital, Design and Innovation (DDI).

McNamara is set to join Digital Victoria at the end of September.

Fedele-Sirotich most recently served as CISO at the Department of Communities and Justice (DCJ) for three years.

He steps into the role vacated by Marco Figueroa, who departed from the Customer Services Department in mid-2020. However, as iTnews notes, the leadership position will be “markedly different to the one vacated by Figueroa, with the agency expanding the responsibilities in the intervening period“.

The DCJ is currently on the hunt for a new CISO.

– The Federal Government has reappointed Angelene Falk for another three-year term as Australian Information Commissioner and Privacy Commissioner. Falk was first appointed to the role in August 2018, succeeding Timothy Pilgrim.

Falk said it “is a pivotal time for both privacy and freedom of information”.

“Over the next three years we will uphold and advance these rights to enable citizens and businesses to safeguard personal information and harness its benefits, for individuals and the economy, while we encourage an open-by-design approach to information access across government.”

She noted current priorities, including the regulation of “online environment and high privacy impact technologies, expanding the Consumer Data Right, advising on and implementing proposed reforms to the Privacy Act 1988, and increasing proactive publication of government held information”.

The Office, established in 2010, was originally intended to be split between three separate Commissioners – one each for  information, privacy and freedom. Falk currently serves in all three roles. The Government has, however, committed to establishing a separate Freedom of Information Commissioner role.

Led by Victor Dominello, NSW Minister for Customer Service and Minister for Digital, the Council will provide expertise from across industry and government.

Members of the DIMAC:

– Professor Stefan Williams, from the University of Sydney, and Professor Robert Fitch, from UTS, have been announced as co-directors of a new $1.4 million Space Research Network announced by the NSW Government last month.

“The new network will support collaboration between government and industry to deliver space-focused research outcomes and research translation for NSW, Australia and the world,” Professor Fitch said.

– Professor Brian Falzon has been appointed Director of RMIT’s Space Industry Hub, based in Melbourne.

The role will look to build “strategic capability”, supporting industry and government in developing and utilising responsible AI.

It is understood a standalone Human Rights Commissioner would not be appointed, with the commission’s current president, Professor Rosalind Crouche, to assume both titles and serve both roles.

Santow has been a fierce advocate for responsible and ethical tech development and use, leading a three-year national initiative which culminated in the Human Rights and Technology Final Report. The Report set out a roadmap for responsible innovation, advocating for technologies to be “developed and used in ways that are inclusive, accountable, and with robust human rights safeguards”.

The Deputy Electoral Commissioner plays “a critical statutory function in Victoria”, the Government said in a statement. “This includes leading the planning of all State, local government and commercial elections, and managing the Commission’s engagement with the Parliament’s oversight body, the Electoral Matters Committee.”

Fleming commences her new role on 18 August. She replaces Elizabeth Williams, who has served in the role since 2005.

– Former Service NSW Chief Technology and Security Officer Michael Cracroft has been appointed Director for Cyber and Cloud at Deloitte Australia, announcing his new role on his LinkedIn.

– The SA Government has appointed Dr Jon Gorvett as Deputy Chief Executive at the Department of Premier and Cabinet (DPC).

Gorvett most recently served as Executive Director, Intergovernmental and Diplomatic Relations at the DPC.

– ANZLIC, the peak government body in Australia and New Zealand responsible for spatial information, has appointed Melissa Harris as Chair. Harris serves as Chief Executive of Land Use Victoria, which sits under the Victorian Department of Environment, Land, Water and Planning (DELWP).

– The Queensland Government has appointed Wayne Gerard as the state’s new Chief Entrepreneur. Gerard is co-founder of RedEye, a Software-as-a-Service developer for large asset and critical infrastructure operators.

The Chief Entrepreneur role has sat vacant since last year.

The Office of the Queensland Chief Entrepreneur was launched in 2016 by the Palasczuk government in a bid to “cement Queensland’s reputation as Australia’s start-up state”. However, the protracted vacancy led to speculation about the role’s future amid reports the office would be dumped for an advisory council.

– Victoria’s ICT services provider Cenitex has released its Dis/ability Action Plan (DAP), providing a framework for the organisation to improve inclusivity and equitable outcomes for staff with a disability.

Cenitex Chief Executive Frances Cawthra said the DAP would “strengthen advancement opportunities” within the agency for people with a disability.

“Fostering a diverse workplace promotes innovation, problem-solving, increased productivity and, for Cenitex, promotes a culture where we are positive and productive and everyone’s voice can be heard.”