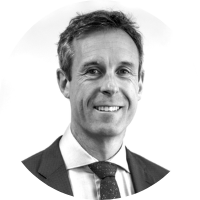 He was previously the Chief Executive for Manatū Taonga, Ministry for Culture and Heritage from August 2015. He brings extensive experience in strategic policy development, leading change and working collaboratively and effectively across Government and communities.

Prior to joining Manatū Taonga in 2015, Paul was the Deputy Chief Executive, Policy, Regulatory and Ethnic Affairs at Te Tari Taiwhenua Department of Internal Affairs from 2011. He has spent part of his career working on Treaty of Waitangi settlements, and was the Director of Office of Treaty Settlements from 2006 to 2011. In this post, Paul oversaw a significant increase in the rate of settlements achieved.

Paul’s other senior public sector roles have included Policy Manager Family Law (2002 to 2004) and General Manager Public Law (2004 to 2006) at the Ministry of Justice, along with policy roles in the Treasury, Accident Compensation Corporation, and Te Puni Kōkiri – as the government’s principal adviser on its relationship with iwi and hapū.

8th Annual FST Government New Zealand 2022
It seems that the New Zealand Government is continuing its digital success stories from recent years, as it reconfigures the COVID-19 pandemic as a learning curve for how to better leverage technology to digitally-enable Government operations and citizen outcomes for...
Find out more
Register Now